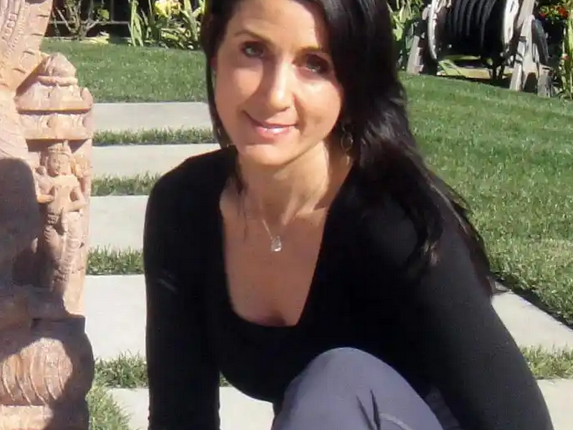 Adam Levine’s former yoga instructor Alanna Zabel is opening up on her experience with the embattled vocalist after multiple women accused him of sending flirty messages over social media.

After Zabel revealed on her Instagram Stories this week that Levine said she had “best ass in town and it was cute,” she told the Daily Mail that she came forward because her experience with the Maroon 5 frontman left her feeling like “trash.”

“This isn’t about a love affair or a salacious text, it’s about being a decent human being,” Zabel, the musician’s personal yogi from 2007 to 2010, told the Daily Mail.

“Friends don’t treat each other like used trash, and that’s how he treated me.”

After Sumner Stroh went viral following her allegations that she had an affair with Levine, Zabel went public with her past with the former Voice coach saying alleged texts he sent her destroyed her life as her “jealous ex” saw them and was “violent” with her.

“One day he texted me saying ‘I want to spend the day with you naked.’ I was in the bath but my jealous ex saw it and went into a rage. I assured my ex that I was sure it was meant for Adam’s then-girlfriend, Becky, and it was a mistake. I texted Adam to ask if that was the case. Adam didn’t reply …”

Zabel was then dropped from Maroon 5’s upcoming tour.

“I felt that we cared about each other, and he iced me out during a deeply upsetting time,” she told the Daily Mail.

“I was blindsided, you know, working with a celebrity and not really realizing how it was affecting my other relationships,” Zabel added in a separate interview with Us Weekly this week. “I was spending so much time … so I think anybody in my situation has had similar experiences.”

But Zabel said that the texts helped her get out of a bad relationship. “In a way (Adam) did me a favor. I didn’t realize what a sociopathic a–hole I was dating.”

Zabel also defended Levine on Instagram saying that he “was not responsible for my abusive ex-boyfriend, or his actions.”

She came forward with her allegations because she was “disappointed” by his response to Stroh’s claims.

“When you look at the Cause and Effect that came from Adam’s one text, either flirtatious or mis-sent, we can see how cautious and mindful we should be with our actions, and how they affect others,” she wrote.

Zabel is one of five women who have accused Levine of sending flirty messages over social media after Stroh’s viral TikTok earlier this week.

“I’m just gonna rip the band-aid off,” Stroh, 21, began in the video, which has garnered 1.6 million likes on TikTok. “Essentially, I was having an affair with a man who is married to a Victoria’s Secret model. At the time, I was young, I was naive and, quite frankly, I felt exploited.

Stroh, who did not name Levine right away, seemingly revealed the singer’s identity when she appeared to show text conversations between herself and the vocalist in the background of her video.

Levine, 43, has been married to former Victoria’s Secret Angel Behati Prinsloo since 2014. Already parents to daughters Dusty Rose, 5 and Gio Grace, 4, the couple announced they are expecting their third baby together earlier this month.

In her TikTok video, Stroh revealed an Instagram DM allegedly written by Levine in which he wrote, “OK, serious question. I’m having another baby and if it’s (a) boy, I really wanna name it Sumner. Are you OK with that? DEAD serious.”

A new accuser, Alyson Rosef, then took to TikTok to share her own alleged communications with the singer.

In posts that have since been deleted, Rosef said she was “weird” and only likes to “listen to metal,” to which Levine replied, “Said no hot chicks ever other than you.”

Another woman named Maryka posted screenshots of her alleged conversations with Levine to her Instagram Story, including one where he encouraged her to distract herself “by f—ing with me.” She captioned the image #exposeadamlevine.

Fitness model Ashley Russell — who runs an Instagram account with just over 6,100 followers — then came forward to tell the Daily Mail that Levine viewed her Stories, liked her posts and directly messaged her “almost every day at night at around 10 pm”

“He would mainly like booty stories and would always reply with something to do with leg or booty day at the gym,” Russell said.

After Stroh claimed he was unfaithful, Levine took to his Instagram Story to deny her allegations.

“I used poor judgment in speaking with anyone other than my wife in ANY kind of flirtatious manner. I did not have an affair, nevertheless, I crossed the line during a regrettable period of my life,” he said.

Prinsloo reportedly believes Levine when he says he did not have a “physical affair.”

“Behati is upset but she does believe him that there was no physical affair,” a source told EOnline. “They have been together this entire time. She feels they are happily married and is shocked to find out what was going on behind her back.”