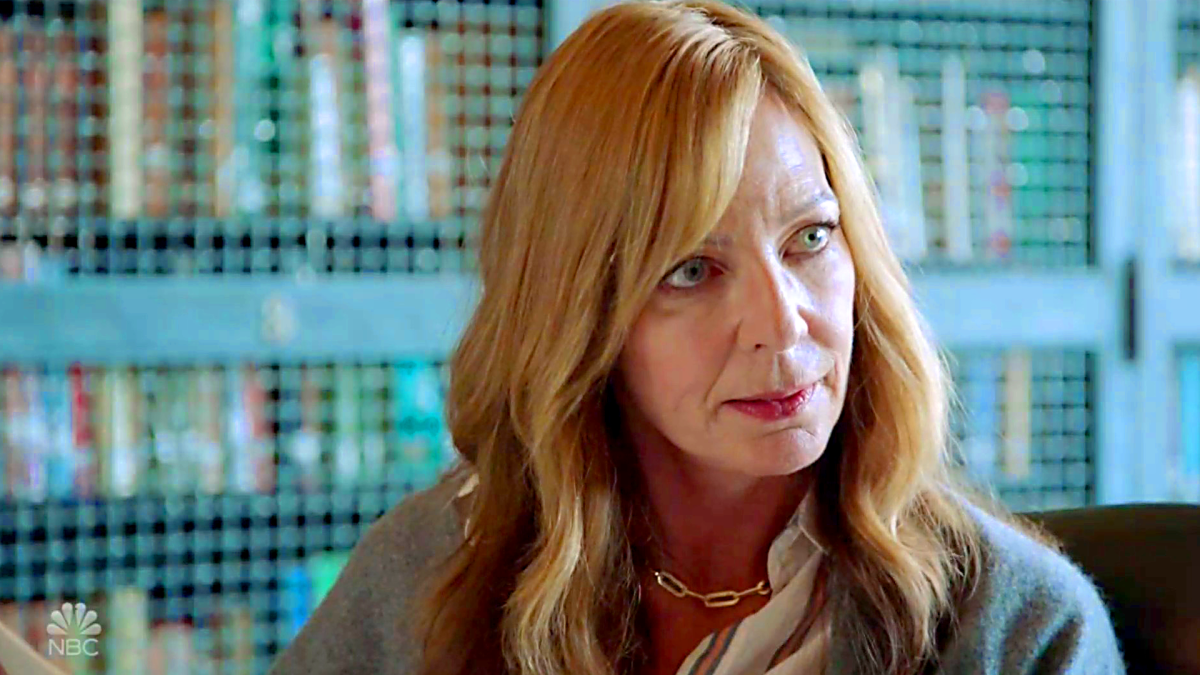 On a new episode of Who Do You Think You Are? airing Sunday, Oscar-winning actress Allison Janney found out her connection to the The Mayflower in 1620.

Due to her strong bond with her grandmother, Janney was interested in learning more about the maternal side of her family. On her ancestral journey, the actress traced her family tree all the way back to her 11-times great-grandfather Stephen Hopkins, who was born in 1582. Janney learned that Hopkins first arrived in Bermuda, which ultimately became the first English plantation, in the year 1609 — more than a decade before the The Mayflower‘s trip across the Atlantic. The actress then traveled to Bermuda to learn more about Hopkins’ journey and experience, and it was there that she learned her ancestors ended up and died in Massachusetts.

At the Pilgrim Hall Museum in Plymouth, Janney was told Hopkins was “a familiar name in these parts” due to the fact that he, his second wife and four children traveled to Massachusetts on the historic The Mayflower in 1620.

It is historically known that, after a grueling 10 weeks at sea, the The Mayflower reached America and dropped anchor in Cape Cod, Mass. However, before they set foot ashore, the “Mayflower Compact” was written and signed. As Janney kept reading, she was then shocked by the sight of her 11-times great-grandfather’s name signed as a witness on Nov. 11, 1620, on what was essentially one of the earliest expressions of representative government in America.

“Stephen Hopkins is absolutely unique for having a foothold in the establishment of three English plantations. Being at Jamestown, being there at the beginnings of what became the English plantation in Bermuda as well, and then being here, arriving on the The Mayflower in 1620 for the founding of Plymouth Colony,” explained Donna Curtin, executive director of the Pilgrim Hall Museum.

Janney was amazed by the fact that her ancestor was the only person to have been a part of all three established colonies, and the fact that she has a connection to the The Mayflower “in a huge way.” And after learning how admired he was, Janney wasn’t at all surprised to find out that he later became an elected official and the governor’s assistant. However, she was amazed to learn that the Pilgrim Hall Museum still owned an artifact that once belonged to him.

Members of the court inventoried every thing they owned. Among the list of items was a hat. Curtin told Janney, “We have a hat that descended through your ancestor, Stephen Hopkins’s daughter, Constance. It is from the early 17th century.”

Janney was blown away by the hat as she joked, “Wow. That is a great looking hat. And I’m a hat lady. That looks like Pharrell might have copied that. It looks like it would fit my head.”

“If it was a little less than 400 years old, I would let you try it on,” Curtin joked back.

In the end, Janney shared, “I feel a sense of pride that I come from someone who was such a huge part of the beginning of America. I can’t wait to tell my family. Stephen had no idea what role he was gonna play in history. He was just a man who wanted to have a better life for himself and his family. And he thought he could have that here in America, and was willing to risk a lot to get it. And he achieved all that with great success here. There are some things that I like to think I get from Stephen Hopkins.”

“He was just unstoppable. And I’ve felt that myself — resilience and determination to accomplish things in my life. And, now, finding all this information about Stephen, I feel totally inspired by his life and his story. Certainly for me, going forward, there’s not a lot that’s going to knock me down. I feel very, very much like I come from strong stock, and now I see why. So that’s a great thing,” stated Janney.

Who Do You Think You Are? airs Sundays at 7 pm on NBC.

Watch Billy Porter uncovering the traumatic story behind his great-grandfather’s death by a police officer: