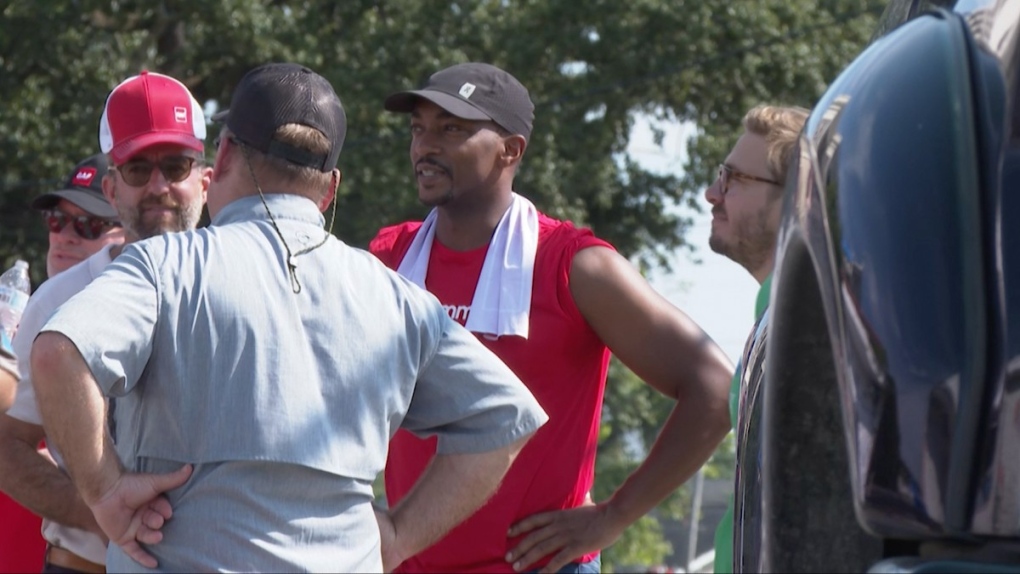 Actor Anthony Mackie was not carrying his Captain America shield when he returned to his hometown of New Orleans to help repair hurricane-damaged roofs but for people in his old neighborhood knowing their tarp-covered roofs were getting repaired was a blockbuster hit.

Mackie is working with GAF, one of the country’s leading roofing manufacturers, to fix roofs for homeowners in New Orleans who sustained damage during last year’s Hurricane Ida. The project is especially close to Mackie’s heart. The actor who is currently portraying Captain America in the Marvel Cinematic Universe grew up in New Orleans working at his family’s roofing business.

GAF, a subsidiary of Standard Industries that makes things like shingles, underlayment and other roofing related products for homes and businesses, has committed to installing 500 roofs throughout the Gulf Region. That includes 150 roofs in the 7th Ward of New Orleans, an area that was hammered by both Hurricane Katrina in 2005 and then Ida that hit on the same day 16 years later. The roofing effort is part of the company’s Community Matters program started in 2020 that has already repaired or replaced 3,000 roofs.

New Orleans resident Larae Barard said she had just been talking with her mother about her concerns for her roof when she got the call saying her roof would be fixed.

“They said, ‘We want to fix your roof.’ I said, ‘Really?! This must be a miracle,'” she said. “After Ida, my roof was in terrible shape. It had a blue tarp on it for now almost a year and a month… So thank God I have a new roof.”

GAF is also training people in roofing skills through their GAF Roofing Academy. They teamed with Rebuilding Together New Orleans who is supplying the labor while GAF is supplying the materials and paying the costs. William Stoudt, Executive Director of Rebuilding Together New Orleans, said the groups were specifically looking to help those who did not have the financial or physical wherewithal to repair their roof on their own — homeowners who were often elderly or disabled and were making less than US$35,000 a year.

The company and Mackie were in New Orleans recently to remove blue tarps on homes that had been damaged by Ida and replace the tarps with new roofs.

Mackie, whose family owns Mackie One Construction, grew up working in the roofing business before going on to an acting career that has included such hits as “We Are Marshall” and “The Hurt Locker.” In recent years he’s appeared in numerous Avengers movies as Sam Wilson — aka Falcon — and is taking over the Captain America role.

Mackie jokingly remembers the time he fell off a roof when he was working in his family’s construction business. A thick layer of mud cushioned his fall. That memory didn’t stop him this time around from getting back on the roof and helping pull off tarps and pop off old shingles. Mackie said the resources that GAF is putting towards the project is helping people who wouldn’t be able to otherwise afford to get their home repaired.