The next Apple special event is just days away, if the latest report is correct, and will take place on Wednesday, September 7.

That’s according to Mark Gurman at Bloomberg, who has just reported the date he believes is correct. To be fair, he wasn’t the first to predict this date. Last week, Max Weinbach floated the idea that the event would be on September 7, not September 13 as had been previously mooted. This meant that the likely release date for the next iPhones, not to mention a range of three Apple Watch models and perhaps the next AirPods Pro, could also be brought forward.

August 20 update. What started as a lone report became a trickle and now is edging towards a flood. Read on for the latest rumors and some details I think I can guarantee you won’t have heard yet about Apple’s last keynote.

As well as Max Weinbach and Mark Gurman, there is now corroboration from Ming-Chi Kuo (as seen below). These solidly consistent analysts have led others to join in. There was a careful analysis of what has been done before, by BGR.com and now the regularly reliable MacRumors has said, “It’s not quite official, but it looks like we finally have a date for the big iPhone 14 event, so mark your calendars and read up on some of what we might see at the event.” The site also quotes Gurman but adds its own detail: “iPhone events are often held on Tuesdays, but Monday, September 5 is the Labor Day holiday in the United States, so Apple likely pushed the event to Wednesday to provide a one-day buffer . iPhone events have occurred on Wednesday four times in the past.”

I definitely agree with that. Although none of these sources are saying what the nature of the event will be, I’m going to stick my neck out and say that it will be a replica of the WWDC event held in Apple Park.

Similarly, 9 to 5 March says, “Although nothing is confirmed, it’s common sense that this could be the perfect time for the company to introduce the iPhone 14, Apple Watch Series 8, and more. Since WWDC 2022 had a hybrid experience, it looks like the company could bring the same experience to its September event, as a report says Apple has started recording the keynote already.”

That report came from Gurman, that the recording of the keynote had begun some time ago—a clever move so that right up until the last minute, Apple could plump for a completely virtual event.

But I believe the keynote will be shown on a huge, and very bright outdoor display in Apple Park, as happened at WWDC, while being simulcast on the web.

By the way, here’s something you may not have heard: before the broadcast, members of the press were sitting, sweating and applying plenty of sunscreen at the edge of Caffe Macs, as the sun beat down, wondering how they would survive the sunshine for over an hour. The answer came when, a second or two before the 10AM start, the sun had moved just far enough for the press rows to be in shadow. I’m not saying Apple had somehow fixed the sun to do this, but if any company can…

Anyway, here’s a tip: when the invitees go out, watch to see if the location is Steve Jobs Theater or just Apple Park. If the latter, it’ll be in the same place as WWDC (although perhaps the seating will be rearranged to allow for different sunlight as we edge towards fall). Of course, it will be a smaller event as there won’t be developers this time.

As time passes, more details will undoubtedly leak out so please check back as I’ll cover them here on Forbes, but for now, read on for what we know so far.

August 19 update. No sooner had the reliable Mark Gurman suggested that the unveil date for this year’s iPhones will be Wednesday, September 7, but another well-regarded analyst has entered the fray.

Ming-Chi Kuo from TFI Securities yesterday commented, “The iPhone 14 announcement/shipping date may be earlier than iPhone 13/12, which could be one of the reasons Apple offered a positive outlook for 3Q22 from the last earnings call.”

This is incisive understanding of an earnings call, and Kuo is saying that the figures Tim Cook and co were predicting were partly because they knew that the iPhones would get an extra week of sales in the current quarter. The rest of us did not know this as the expectation of a September 13 reveal was widespread.

This makes sense: releasing the iPhones earlier can only be a good thing for Apple’s sales, especially since conventionally, people stop buying iPhones in August, expecting a mid-September release of the new model. So, to cut that fallow time by a whole week is good business practice.

Kuo goes on, revealing that although this release is good for sales, it may be done to minimize problems: “The global recession risk is still growing and unpredictable, so announcing/shipping the iPhone as soon as possible may minimize the impact of recession risk on demand.”

I’m not as convinced by this, for the US market anyway as there are signs that inflation may be cooling now so the reluctance to make expensive purchases may be less keen than expected. That said, the sooner is definitely the better.

The possibility that the event could take place in the week commencing September 5 had been discounted, because the release is routinely a week later. And anyway, Monday, September 5 is a holiday, so flying in staff and press from around the world on a holiday for an event on Tuesday, September 6, seemed unlikely.

Unless, that is, the event is virtual rather than in person. Gurman believes the event is being recorded, so a virtual event is likely.

Moving the event date (virtual or in-person) to a Wednesday, although not unprecedented, is unusual. But holding an in-person event on Wednesday, September 7 would solve the problem of relocating staff and guests on a public holiday.

But a virtual event? I get the thinking behind this, and after all, Apple is very cautious about how it holds its events when Covid is not that far in the rearview mirror.

Even so, I think Gurman is wrong when he says, “The company intends to stream the event online — rather than holding an in-person gathering — continuing an approach it adopted at the start of the pandemic.”

In June, Apple staged a highly successful hybrid event, with a pre-recorded keynote played out on a huge video screen in Apple Park to hundreds of developers, selected guests, and press.

If that was possible then, why not hold a hybrid event now with a smaller guest list, as no devs would be likely to be invited?

That event began with a live appearance from Tim Cook and Craig Federighi introducing the keynote broadcast and it worked well. My guess, and it’s no more than that, is that this is the format that Apple will follow this September when it announces its new iPhones and more.

Of course, we won’t know until invites go out, and until the second they do, Apple can instead opt for a virtual-only event, something I think it would only consider if there’s a sudden spike in Covid transmissions in California. If that happens, then it has its pre-recorded keynote up its sleeve.

So, what does all this mean?

Whether the event is live or virtual, assuming it happens on Wednesday, September 7 at 10AM Pacific, then the shiny new iPhones, Apple Watches and AirPods Pro will go on sale on Friday, September 16, I believe.

Stay tuned for more details as they emerge. 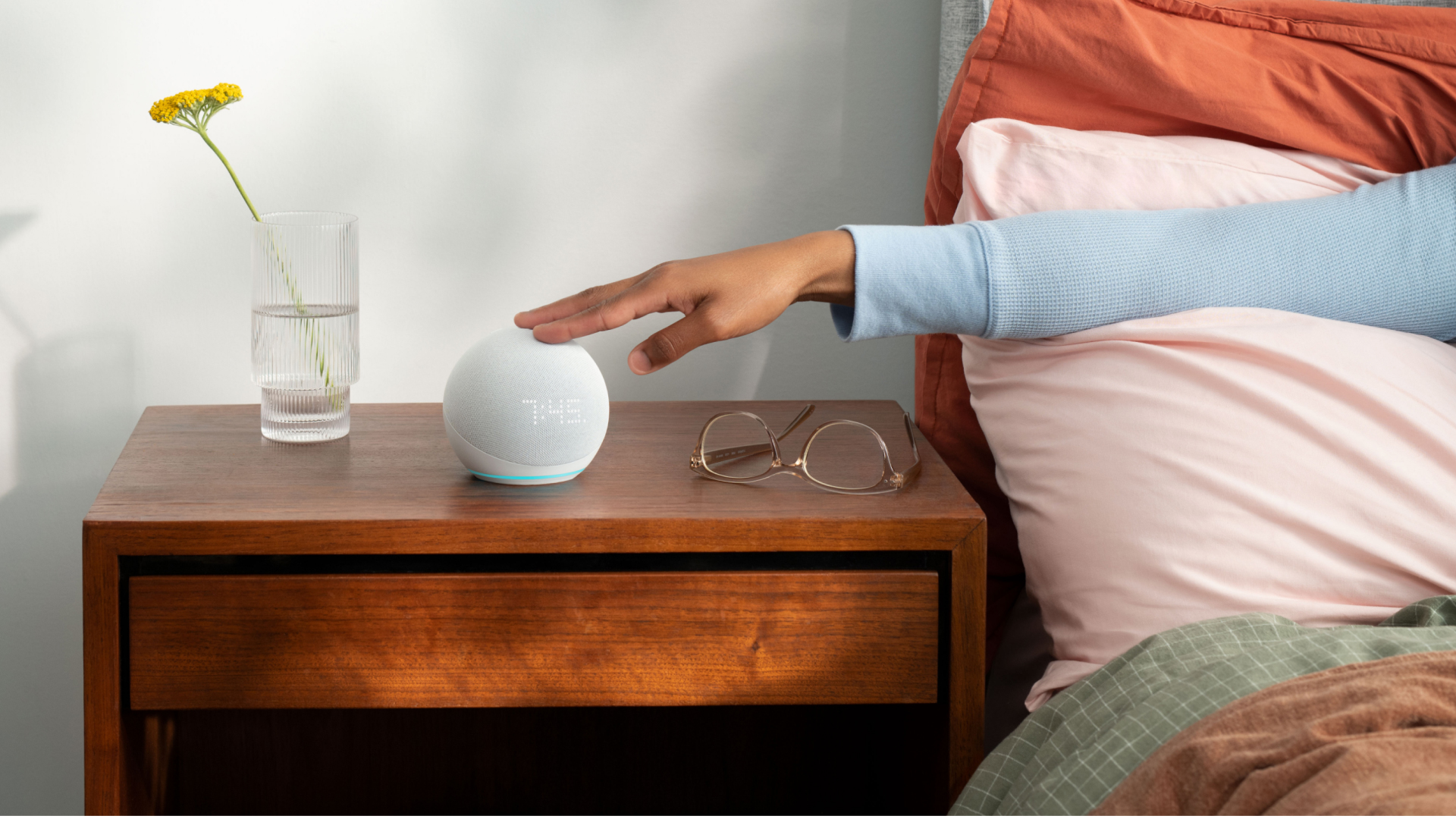 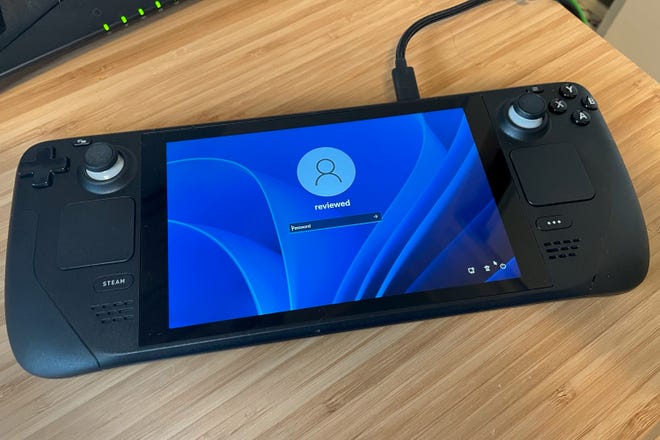 What you need to know about the changes