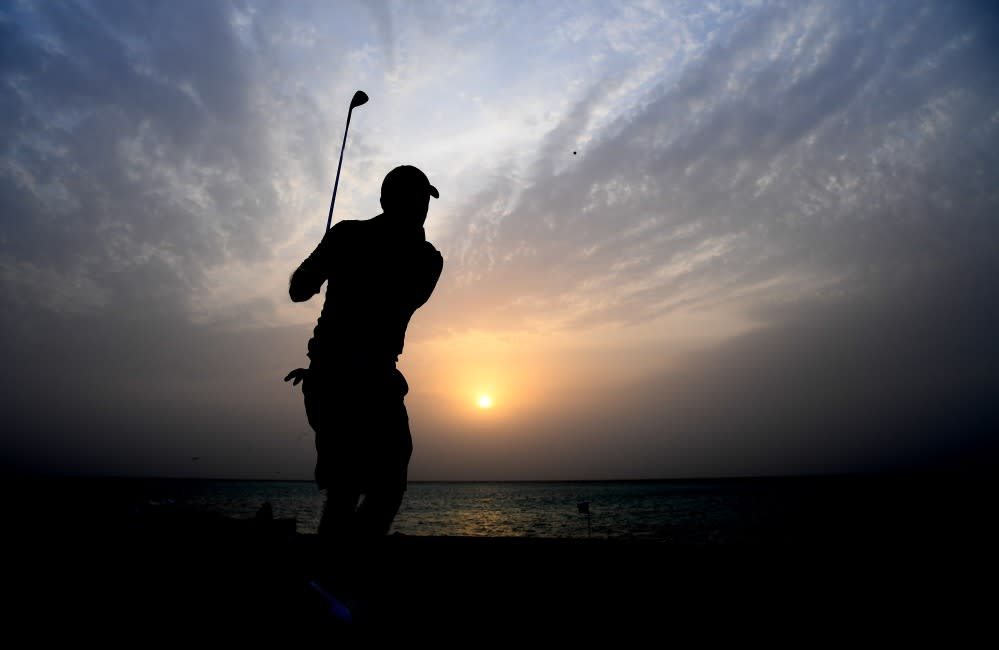 It’s performance review season in corporate America, when employees are either congratulated on jobs well done or held to account for shortcomings. If Greg Norman were disposed toward self-reflection (stay with me), he might feel relief that his Saudi-backed outfit has not held to such conventional standards on performance, or for that matter on commercial viability, ROI or morality.

Norman was announced as the CEO of LIV Golf in October and has beclowned himself with his every public utterance since, cementing a reputation that will encompass not only his inability to finish big tournaments but his ineptitude in starting them too. What was promised as a seismic shake-up of global golf is looking more like a bonanza for washed-up also-rans. Consider what Norman has presided over since the Saudi ambitions in golf came into focus and all you’ll find is backtracking.

Those 12-18 events they touted? Not happening.

The best golfers in the world? Let’s hear it for Robert Garrigus.

A fresh, engaging product for fans? See above.

What’s left is eight lucrative tournaments that will showcase aging veterans who can no longer compete where it matters, career journeymen whose own caddies might struggle to identify them in a line-up, and amateurs, whose inclusion was presented as a “grow the game” gesture rather than the act of desperation it is. (Next stop: PGA Tour Champions!) In short, Norman is serving a fetid platter of horseshit and claiming it’s boeuf bourguignon.

The only entertainment guaranteed in this venture is an overdue comeuppance for the Great White Pilot Fish, whose tenure began with an interview in which he marveled at the sight of women dining in Saudi restaurants without burkas. Later, he addressed the murder of Washington Post journalist Jamal Khashoggi. “What happened to Khashoggi was reprehensible. There’s not a person on this planet who wouldn’t agree with me, “he said, perhaps forgetting that the Crown Prince who ordered Khashoggi’s dismemberment by bonesaw — the same man who pays Norman — might not agree with him. That he followed this declaration with “But…” is damning enough without it being necessary to recount the chicken-hearted prevarications he duly offered.

Norman has also shown the familiar maladroit touch with Augusta National that defined his playing career there. “We respect the Masters and we thought we’d let it go off before our announcements,” he said last week.

“Thought we thought we’d let it go off…”

Oh, to have been Fred Ridley’s watchful manservant when he read that over his morning coffee.

Norman’s latest performance pratfall is peddling a claim that he could make a swansong appearance at the 150th Open Championship in St. Andrews in July, not as a ceremonial figure but as a competitor. There’s a better chance we’ll see Old Tom Morris tee it up for old time’s sake.

The R&A exempts past champions into the Open until age 60. Norman is 67, hasn’t competed in a major in 13 years, or in any serious tournament in a decade. He reportedly admitted that he will not enter qualifying but will instead ask for a special invitation, which is at least in keeping with his current belief that “elite” fields are filled with antiquated has-beens. The R&A response carried the faint whiff of a spokesperson irked at having had to interrupt their weekend to slap down the narcissistic delusion of a serial social media flasher: “The entry terms and conditions for The Open stipulate that a champion must be aged 60 or under or have won the championship in the previous 10 years to be exempt from qualifying. That remains the case for the 150th Open and we have no plans for any additional exemptions. ”

Norman’s disregard for established rules and norms might endear him to his employers, but even the Saudis must now be weary of their water carrier’s unquenchable thirst for publicity, his intemperate and ill-considered public comments, his lack of peripheral vision, his unpopularity in the locker room and his stupefying ability to snatch defeat when victory seemed not only possible but likely. Norman’s temperament was often a liability on the closing stretch of majors, but his bosses will know that it’s an encumbrance even before they can get a ball in the air.

Petulance underpins Norman’s St. Andrews fantasy. Golf’s governing bodies are closing ranks against his Saudi “sportswashing” effort — and behind the PGA and DP World tours — in a manner that is subtle but unmistakable. The R&A previously awarded a spot in the Open to the Asian Tour’s leading money winner but ceased doing so when the Saudis recently bought into that circuit. Augusta National invites all former major champions to the Masters as a courtesy, but somehow lost Norman’s address in 2022. Players being courted by the Saudis will have noticed this chill wind, and only those who know they can’t factor in tournaments that matter will shrug it off.

Despite all the bluster and promises of riches, the Saudis must finally understand their project is piloted by a man more inflated with hot air than the Hindenburg, and seems destined for the same fate, even as he artlessly tries to coax gullible passengers aboard. Someone with a larger-than-life bust of himself in his garden is obviously immune to embarrassment. The people who entrusted him with their billion-dollar business, not so much.

From Saudi Arabia to Portland, get to know the courses hosting the LIV Golf Invitational Series in 2022