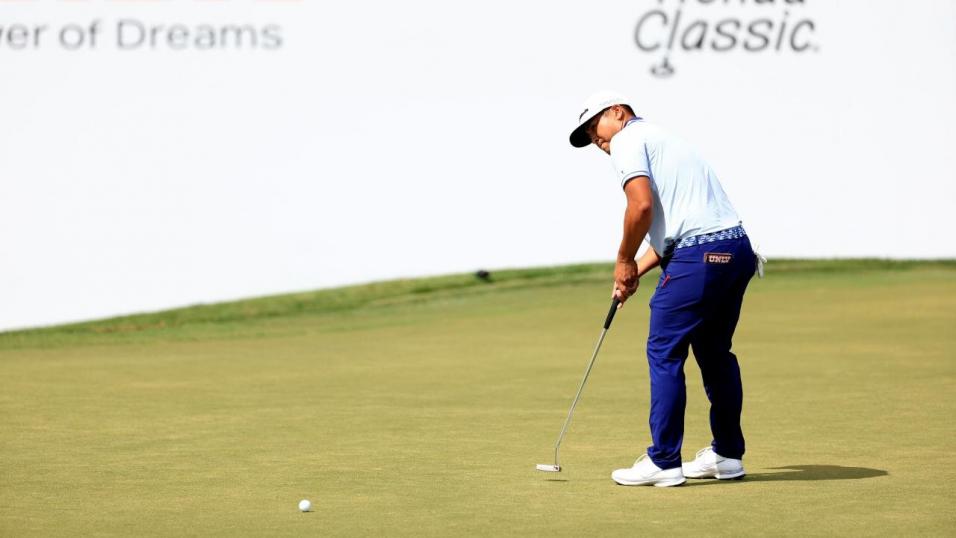 This week’s DP World Tour event, the Soudal Open in Belgium, is a tricky event to assess and the only outsider I really liked there, Daniel van Tonder, has now withdrawn, so I’m leaving that event alone.

As highlighted in the previewI liked the form at the two tracks recently used for the Kenya Open and van Tonder had won that event at Karen Country Club last year but now that he’s out, I’m more than happy to put all my eggs in the AT&T Byron Nelson Championship basket.

As highlighted in the previewthe Byron Nelson has been a terrific event for outsiders with seven of the last eight winners being matched at a triple figure price before the off and the first cab off the rank is last year’s third, Patton Kizzire.

Kizzire certainly can’t be described as an accurate driver of the golf ball but that really doesn’t matter at TPC Craig Ranch.

He may miss fairways with regularity, but he tends to find plenty of greens and if the putter heats up, as it very often does, he will contend again at a track that clearly suits.

Kizzire finished third last year despite a poor third round (shot rounds of 69, 64, 71 and 63) and he’s a fair price to go two places better this time around.

Although there’s only been three events staged at TPC Craig Ranch in the last 12 years – last year’s renewal and two editions of the Korn Ferry Championship (2008 and 2012) – we can already see that the key to winning at this easy track is to find plenty of greens and to putt well.

The three course winners have ranked 12th, fourth and fifth for Greens In Regulation and the top-three and ties last year ranked second, first, fourth, fifth, 19th and 26th for Strokes Gained Tee to Green so finding the dancefloors is important and that’s something Kurt Kitayama has been doing brilliantly of late.

Kitayama ranked 10th for Strokes Gained tee to Green and 11th for GIR when coming up close for the column two weeks ago in Mexico (finished tied second) and he ranked second for SGT2G and eighth for GIR when finishing 15th at the Wells Fargo Championship.

Add in the fact that he’s ranked fifth and ninth for Putting Average in each of the last two weeks and Kitayama looks a terrific fit.

In-form Wu value to bounce back

Like Kitayama, a 25-year-old Californian, Brandon Wuis playing TPC Craig Ranch for the first time but he looks to have all the skills to thrive here.

Wu missed the cut at the Wells Fargo Championship last week but that’s not too surprising after his excellent performance in Mexico two weeks ago, where he fired a 63 in round four to finish alongside Kitayama in a tie for second.

With current form figures reading 3-33-28-21-2-MC, Wu is clearly enjoying a hot streak and that’s largely down to his accurate approach play. His GIR rankings for his last four tournaments in which he’s made the cut read 11-18-21-5 and if he can putt like he did at either the Valspar Championship or the Mexico Open, where he ranked 11th and seventh for Strokes Gained Putting , he could very easily contend again.

James Hahn caught the eye last week at the Wells Fargo Championship where he finished ninth.

That was the Korean-born 40-year-old American’s first top-ten finish since July last year so he can hardly be described as in-form but the upturn in fortune appears to be timed well given his course and event form.

Hahn finished third in the 2017 edition of the Byron Nelson Championship at the Four Seasons Resort at Las Colinas and he finished second at this venue in the 2012 Korn Ferry Championship, where he ranked number one for Putting Average.