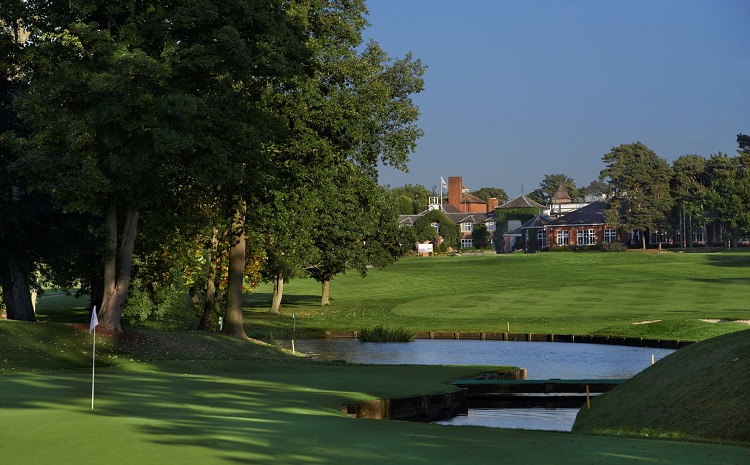 Course Overview. The Brabazon Course at The Belfry is no stranger to the circuit with a number of events having been hosted here since the turn of the century, however prior to the 2020 ISPS Handa UK Championship won by Rasmus Hojgaard, 2008 was the last time that we saw the Peter Alliss and Dave Thomas design in competitive action at this level. 4 Ryder Cups have also been played around these parts, the most recent of which was the Europe team win in 2002.

Parkland in style with water in play on half of the holes, the track measures 7,328 yards for its par of 72. 12 par-4s instead of the more typical 10 means that there are just 3 each of the par-3s and par-5s , however scoring on those longer holes at 538, 566 and 564 yards for the 3rd, 15th and 17th respectively is an important part of compiling a competitive score here.

Historically the fairways here have been narrow and the rough lush, however the Bent / Poa greens are of excellent quality giving a little respite to those who are less adept on and around the putting surfaces.

Tournament Stats. We’ve published some key statistics for this week’s event that will help to shape a view on players who might go well this week. Course stats include the various events that have been played here at The Belfry since 2000: Current Form | Course Form | First Round Leader Stats | Combined Stats.

For a summary of winners’ odds on the European Tour for the past 10 years click here.

Weather Forecast. The latest weather forecast for the area is here.

Typical spring-like weather for the UK is to be expected this week with sunny spells and odd shower likely, accompanied by light winds of 5-10mph. Temperatures will peak around 65 Fahrenheit in the afternoons.

Analyzing the final stats of the two winners here at The Belfry in recent years gives us a little more insight into the skill-sets required:

Looking at the list of players who have succeeded around the Brabazon course here at The Belfry, it’s fair to say that generally better Total Driving and Ball-Striking has been the key to success. 4 of the top 6 finishers here in 2020 ranked inside the top 6 for GIR on the week to further back up this point, and last year’s winner Richard Bland ranked 2nd on that same statistic.

The greens here are generally easy to read and favor those players who might otherwise struggle on the putting surfaces, and again that’s reinforced when you see a list of names including Lee Westwood, Paul Casey and Henrik Stenson all having won here.

Strokes Gained: From a Strokes Gained perspective, SG Approach and SG Tee to Green are both prominent with a number of top performers, although in both instances the odd player who putted lights out on the week also made the frame:

Incoming Form: Since the British Masters was re-established in 2015, the four winners prior to Marcus Kinhult – Eddie Pepperell, Paul Dunne, Alex Noren and Matt Fitzpatrick – had each shown some decent enough form in the weeks prior to their victory. Marcus Kinhult was far more difficult to find as he’d missed each of his previous 4 cuts, shooting 80 on his previous competitive round before opening with a 65 at Hillside and hardly looking back.

2020 winner Renato Paratore secured his second European Tour title at Close House off the back of a 15th place finish in Austria a fortnight before, which was his only start since the lockdown had eased. The Italian sat 2nd at the halfway point at Diamond Country Club and had also been prominent in Saudi and Abu Dhabi in strong fields earlier in the year.

Last year’s fairytale win for Richard Bland, on the 478th time of asking as a professional, wasn’t completely out of the blue either as he’d finished runner-up at Leopard Creek the previous November and had recorded a top-10 finish in Gran Canaria as recently as 3 weeks prior:

As an additional angle, we can also look at Rasmus Hojgaard’s win here at The Belfry at the 2020 UK Championship:

The young Dane was a fairly obvious winner with incoming form of 2/6/3 over his past 3 starts and justified his 14/1 quotes in the end via a play-off.

Aside from Angel Cabrera, our course winners here had patchy history at best at The Belfry prior to lifting their respective trophies:

For me, the Belfry is a good test of golf and scoring isn’t likely to get out of control, despite a fairly quiet weather forecast. Historically straightforward greens of excellent quality will encourage birdies though to those who can keep the ball in play, and overall I’d favor those who can gain most of their strokes from tee-to-green and with their approach play, as opposed to on the putting surfaces themselves.

My selections are as follows: