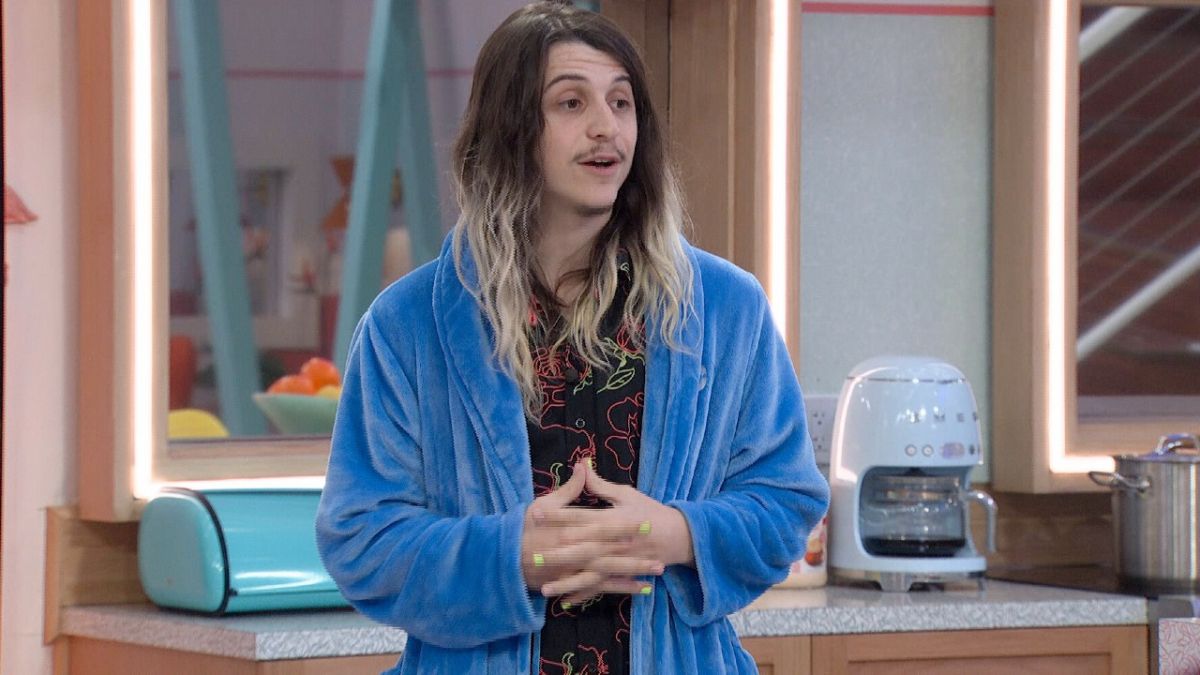 Warning! The following contains spoilers from the Big Brother Season 24 live feeds as of Monday, July 25th. Read at your own risk!

Matt Turner originally seemed like him might have a boring Head of Household in Week 3, but he really surprised Big Brother fans over the past few days. He, along with assistance from the game’s new alliance The Leftovers, also surprised a bulk of the house who expected him to go along with renominating Taylor Hale for the third week in a row (and maybe even participate in bad-mouthing her). Turner went against the grain, and his nomination was so shocking that it caused a Houseguest to cry.

So, who puked, and what else caused the house to descend into chaos on Monday afternoon? CinemaBlend continues that watch the live feeds for all major goings-on with a Paramount+ subscriptionand we have a rundown of the wild things that occurred after the veto meeting.

Turner Nominated Ameerah And Terrance For Eviction, And Indy Puked

Turner nominated Ameerah Jones and Terrance Davis for eviction after Michael Bruner and Brittany Hoopes took themselves off the block with the veto. The move was a complete surprise to about half of the house, many of whom assumed Turner was going to nominate Taylor Hale and Nicole Layog. Big Brother is a game where Houseguests are told to expect the unexpected, but longtime fans know that it’s been a while since something like this took the players by surprise.

Many of the Houseguests who were blindsided by the nomination were locked in conversation alongside others who quietly knew exactly what was happening. Elsewhere in the house, Indy Santos was seen crying in the bathroom. The Houseguest got so worked up that she ended up puking, even though she’s not in any danger of being evicted this week.

Indy’s puking, and the fear of people like Alyssa Snider and others, however, is justified. Houseguests who are unaware of big game moves in Big Brother are often at risk in the game, and Turner’s move went down with Terrance, Indy, Ameerah, Nicole, Alyssa, and Jasmine Davis completely in the dark. Everyone wanted to know what happened, and that search for answers led to more chaos.

Some Houseguests Are Now Leary Of Daniel

Daniel Durston is the only Houseguest outside of The Leftovers who knew about Turner’s plans, but because he found out minutes before the ceremony, he didn’t have time to tell the rest of his allies. Furthermore, he’s being inconsistent with his group about how much he did or didn’t know about the eviction. Jasmine noticed that Daniel lied to Indy about knowing, and it led her to believe that she can no longer trust him.

Ameerah also seems leery of Daniel, although Nicole tried to mend that bridge by explaining that he didn’t have time to give her a heads up about her nomination. In either case, he’s going to have to work to prove himself once again to people that he was solid with only a day prior.

Alyssa Exposed The Old School Alliance, Which Led To A Fight With Nicole

As Houseguests gathered in the bedroom to discuss the blindside and share intel, Alyssa let some things slip to the wrong people. She accidentally exposed the Old School alliance to Indy, not knowing she was in the room when she brought it up. That set Nicole off, and it quickly became an issue for many when Nicole stormed through the kitchen full of Houseguests and loudly said, “You can’t trust anyone in this fucking house.”

Alyssa and Nicole later talked it out, but it appears the damage is done. It’s going to take a lot for Nicole and a lot of other people to trust Alyssa, and that moment might’ve set both of their games back a great deal.

If the blindside from the veto nomination wasn’t enough, Ameerah and her allies are still unaware that she’s the actual target this week. Even Terrance, the other nominee in this equation, believes he’s the one on the way out, and that’s not at all the case at this point. The Leftovers want to take out a big target this week, and they have the numbers to make it happen. Joseph Abdin, Kyle Capener, and others are playing their parts well though, and keeping Ameerah in the dark by ensuring their support come eviction night. Hopefully it’ll stay that way, and we’ll get yet another blindside after Pooch’s exit.

Big Brother airs on CBS (opens in new tab) on Sundays and Wednesdays at 8:00 pm ET, and Thursdays at 9:00 pm ET. Now is the best time to get into the live feeds, because there’s just too much that happened in one day alone for the upcoming episodes to effectively recap.