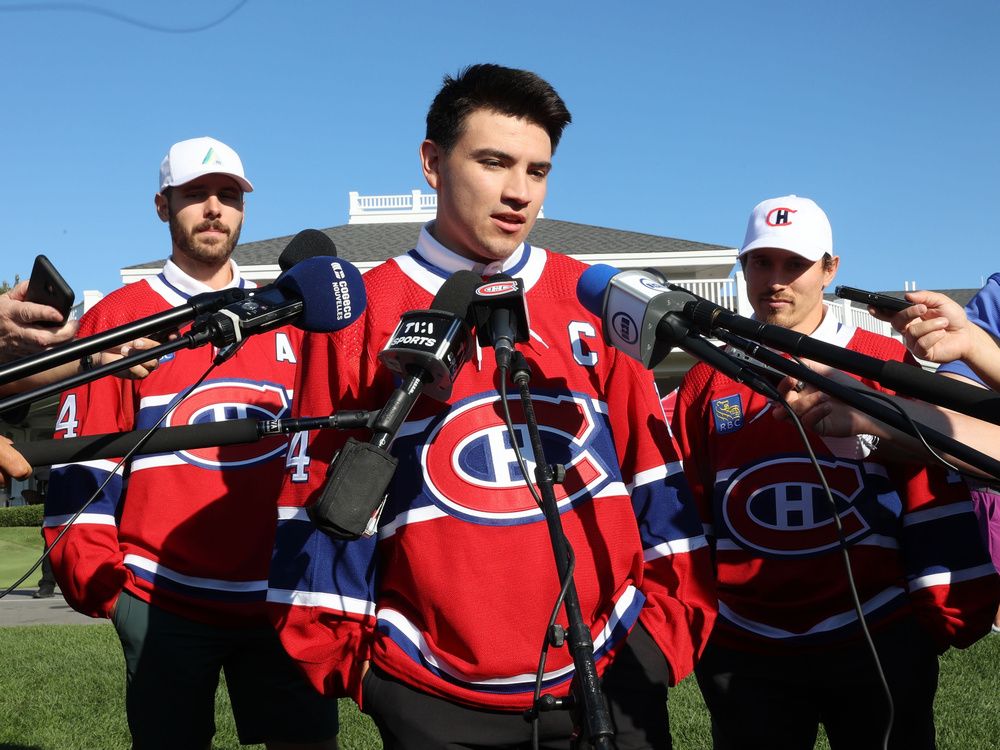 Training camp only started on Wednesday for the Canadiens when players reported to the Bell Sports Complex in Brossard for medical and physical testing, but they already have injury problems.

The team announced Thursday morning, shortly after players hit the ice for the first time, that new captain Nick Suzuki will be sidelined for two weeks with a lower-body injury.

The next issue of HI/O: Montreal’s Road to the Cup will soon be in your inbox.

Veteran defenseman Joel Edmundson, an assistant captain, also has a lower-body injury and is out for an undetermined amount of time.

Forwards Josh Anderson and Jake Evans both have upper-body injuries and are listed as day-to-day.

Carey Price (knee), Paul Byron (hip) and Sean Monahan (hip) are also dealing with injuries that were already known about. Price is not expected to play this season and has been placed on the long-term injured reserve list.

Last season the Canadiens set an NHL record with 731 man-games lost to injury while finishing last in the overall NHL standings with a 22-49-11 record.

Jeff Gorton, the Canadiens’ executive vice-president of hockey operations, shed some light on the injuries to Suzuki and Edmundson during an interview Thursday afternoon with Mitch Melnick on TSN 690 Radio.

“Earlier in the week, just before camp started, Nick and Joel ran into each other just scrimmaging,” Gorton said. “So that’s what happened there.

“I’m not really concerned,” Gorton added. “Nick’s fine. I saw him today. He’ll be fine. I think two weeks would probably be the maximum based on talking to him. So I’m not too worried. He’s in great shape, he looks good, he’s been skating all summer. So that should be fine. On Joel, it’s a previous injury with his back. I know he feels better today than he did yesterday, so I’m hoping that’s short-term as well. Frustrated for the first couple of days of camp, but I think overall we’re going to be fine.”

Suzuki was the only player on the Canadiens to play in all 82 games last season and he led the team in scoring with 21-40-61 totals. The Canadiens named Suzuki as their new captain at the team’s golf tournament on Sept. 12 and the 23-year-old center is heading into the first season of an eight-year, US$63-million contract with an annual salary-cap hit of $7.875 million.

Edmundson and Brendan Gallagher were named assistant captains at the golf tournament. At that time, Edmundson said he was healthy.

“I didn’t golf much this summer, but that had nothing to do with the back,” Edmundson said at the golf tournament. “Back feels good. Actually, I was out playing yesterday. I can hit the ball far and long. There’s no issues with the back and I’m just excited for a healthy season this year.”

Edmundson was limited to 24 games last season because of a back injury. He was listed as day-to-day when training camp started last year, but did not make his season debut until March 12.

“You don’t know the seriousness of it,” Gallagher said when asked about Edmundson’s injury. “You hope it’s just a minor thing and he’ll be back. But for him, what he went through to be in that position right now is tough. He’s a huge part of our team and a very important part of the locker room as well. So hopefully we can get Eddie healthy and ready to do what he does so well for us. You try to help him, be a good teammate and keep him involved. But you know it’s probably not fun for him right now.”

The Canadiens will open the regular season on Oct. 12 when the Toronto Maple Leafs visit the Bell Center.