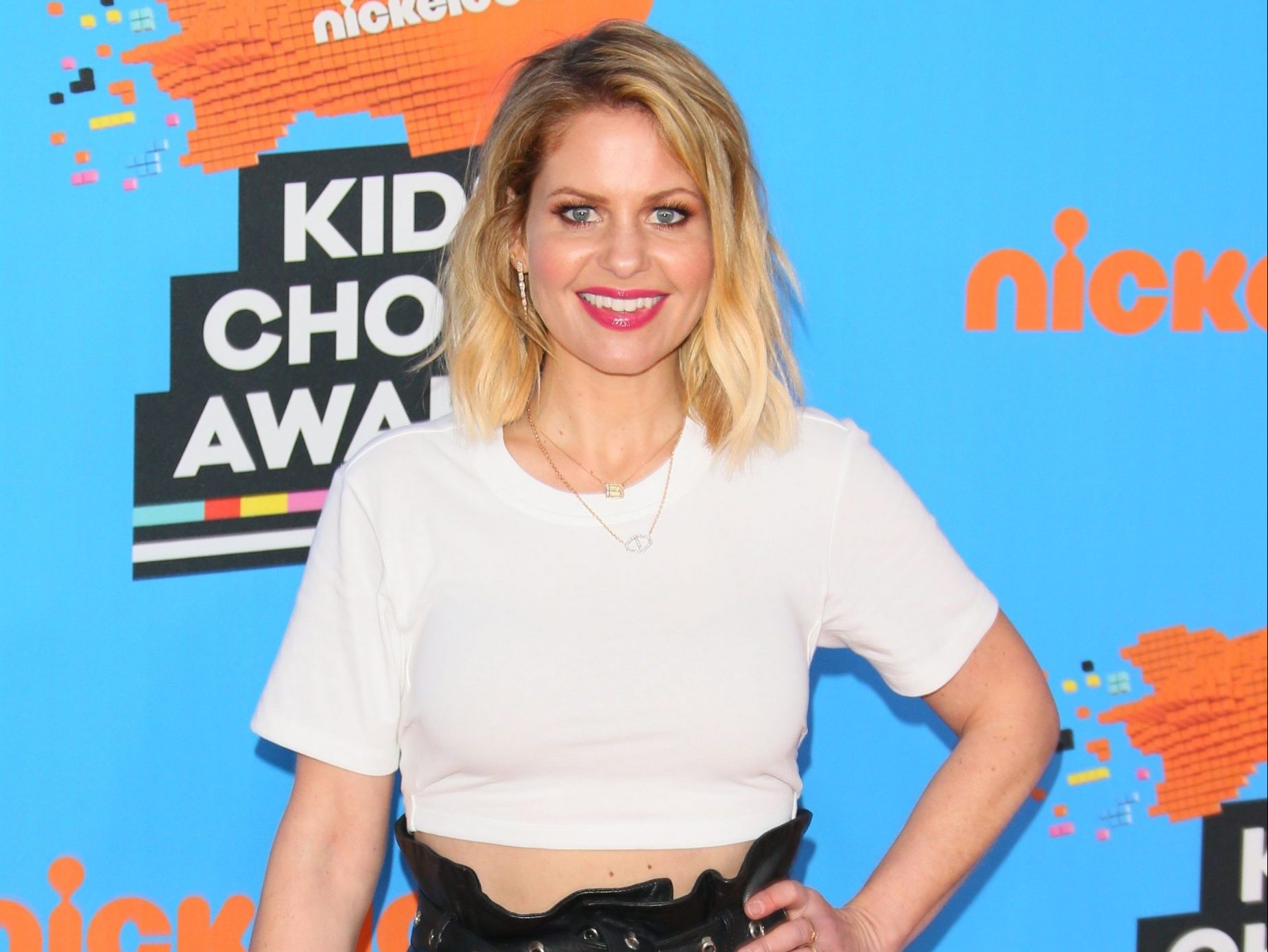 Candace Cameron Bure is turning to the Bible after being branded one of the most unkind celebrities in a viral social media post.

“Trust in the Lord forever, for the Lord God is an everlasting rock,” Bure, 46, shared to her Instagram Story after JoJo Siwa called the Hallmark star the “rudest celebrity” she has ever met in a TikTok video.

Siwa, 19, posted the clip in reaction to a recent social media trend in which people list the nicest, coolest and rudest stars they’ve met, along with their celebrity crushes and the A-lister that has “done them dirty.” The So You Think You Can Dance star was catching some sunshine poolside as she quickly turned her phone around to reveal her responses to the various questions when eagle-eyed TikTokers quickly spotted Cameron Bure in a sleeveless turtleneck from a scene in Fuller House as “rudest celebrity I’ve met …” flashed across the screen.

Fans flooded the comments looking for the backstory behind the Boomerang singer’s dislike of Cameron Bure, with one noting how she was snubbed once when asking the Aurora Teagarden Mysteries star for an autograph.

“We brought our notebooks up to her and asked (her) for an autograph and (she) smiled and looked at us right in the eye and said no,” Rachel Lirias shared. “It’s such a core memory for me because I pictured her at the time like her character, but she ended up disappointing me.”

In the other categories, Siwa revealed Zendaya is her celebrity crush, named Miley Cyrus as the “nicest” celeb she has ever met, dubbed Elton John as the “coolest” and flashed a pic of SpongeBob SquarePants when it came time to unveil the celebrity that “did me dirty.”

Fans were puzzled by the appearance of SpongeBob, but it may have been a thinly veiled reference to Nickelodeon, who Siwa criticized after she wasn’t invited to the network’s 2022 Kids’ Choice Awards.

“I just didn’t get an invite,” she said in an Instagram video at the time, despite being nominated.

In a series of since-deleted tweets back in September 2021, Billboard noted that Siwa accused Nickelodeon of attempting to block her from performing songs from The J Team, a movie musical she starred in for the network. “These are MY songs, MY voice, MY writing. Does this seem fair???” she wrote in one tweet, adding, “Working for a company as a real human being treated as only a brand is fun until it’s not.”

Cameron Bure, who labels herself as a “sister in Christ,” has yet to comment on Siwa’s allegation, but earlier this year she revealed she and her Full House co-star Bob Saget had a “little tiff” a few weeks before his sudden death in Orlando, Fla.

During a stop on the Today show in February, Cameron Bure said the longtime friends were supposed to get together, but got into an argument over text.

“We ended up not having dinner,” she said, adding that Saget apologized shortly afterwards.

“In Bob fashion, the next day he wrote me, like, what would be pages long of a text. And he was apologizing, saying he was cranky and he was just so sorry.”