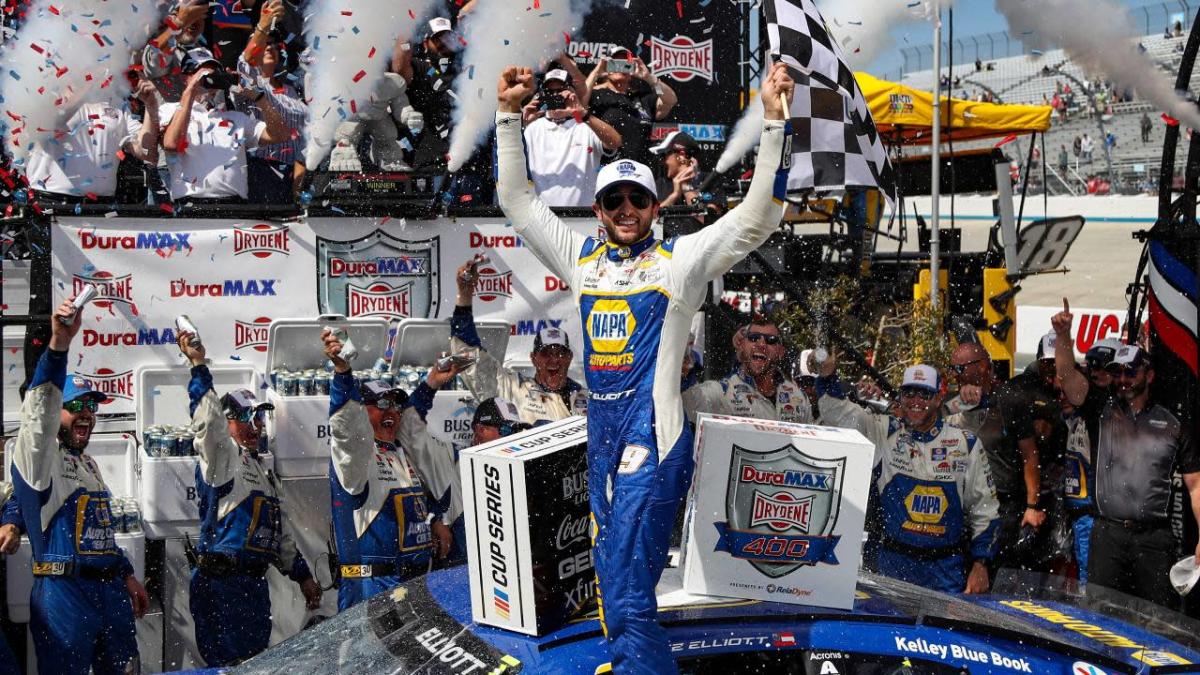 It took an extra day after a rain delay pushed the race to Monday, but Chase Elliott is finally a winner in 2022.

On a day where tire management was paramount, Elliott survived a 53-lap green flag run to finish to win the DuraMAX Drydene 400 at Dover Motor Speedway. Ricky Stenhouse Jr. finished in second, a season-best run, while Ross Chastain rounded out the podium in third.

With Dover in the rearview mirror, the Cup Series has its sights set on Darlington Raceway for the sport’s annual Throwback Weekend. Everyone will be bringing their best classic paint schemes to “The Track Too Tough to Tame” for a Mother’s Day showdown.

So, is Elliott the driver to beat through 11 weeks? Here’s our power rankings with 15 regular season races remaining:

To answer my own question: Yes, Elliott is the driver to beat. He’s held the lead points for seven straight weeks – the only thing alluding him was a win. Now that he has the victory, Elliott can solely focus on collecting more trophies rather than racing points. He has a series-best 9.6 average finish through 11 weeks, which is by far the best start to a season in his seven-year career.

For a moment, it looked like Chastain was going to win for the third time this season. Still, finishing third gives him seven top-fives in his last nine starts. The Melon Man is on a tear, and he’s doing it at all different track types. He’s a legitimate contender after leading a career-best 86 laps at Dover.

Despite winning Stage 2 based on pit strategy, Blaney was a non-factor throughout Monday’s race. He finished 26th and was off the mark from the moment the green flag waved. Blaney still sits second in the points standings behind Elliott, but he’s now the top winless driver searching for victory lane.

How many times do I have to say it? Simply put, Bowman is running better than ever. He keeps proving me right as he rattled off a fifth-place finish at Dover – and it could’ve been even better if it wasn’t for an untimely caution while he was on pit road. Bowman now has nine straight top-15 finishes, with seven of those inside the top-10.

Byron was a big loser at Dover, as his weekend was just brutal from start to finish. He wrecked on the first lap of practice on Saturday, forcing him to a backup car. Starting in the back of the pack, he never really challenged the leaders and ultimately finished one lap down in 22nd. The best news for Byron is that he doesn’t have to return to Dover until next year.

Busch was in control of the race before getting caught on pit road with Bowman during the caution. That forced him to restart at the back, and he never fully recovered, finishing seventh after leading a race-high 103 laps. Rowdy is heating up as the summer approaches, collecting five straight top-10 finishes.

Early on Monday, it seemed like Larson might be headed home early. He cut a tire and somehow only kissed the wall after spinning on the exit of turn four.

Despite suffering some damage from the tire and losing a lap, the 2021 champion masterfully recovered. He finished sixth, giving him three straight finishes of sixth or better. Looking ahead to Darlington, Larson has three straight second-place finishes at that venue.

Truex was poised for a fourth-place finish before spinning on the final lap – with an assist from Chastain, who was trying to pass.

The No. 19 still finished 12th, but it wasn’t the result Truex deserved after running up front all day. It’s been a disappointing season so far for this team, but Darlington is historically a great track for them with finishes of first and fourth there last season.

Similar to Larson, Bell had an up-and-down day at Dover that ended with a strong finish. He came home fourth after being two laps down due to an unscheduled pit stop. Bell has quietly climbed to 10th in the points standings after recording four top-10s in his last six starts.

Logano wasn’t immune to Team Penske’s frustrating day at Dover, finishing 29th after being non-competitive all weekend. After a strong start to the year, Logano now has four finishes worse than the 15th in his last six races. This team led the standings after four races, but it has since tumbled down to ninth while still seeking that first win.