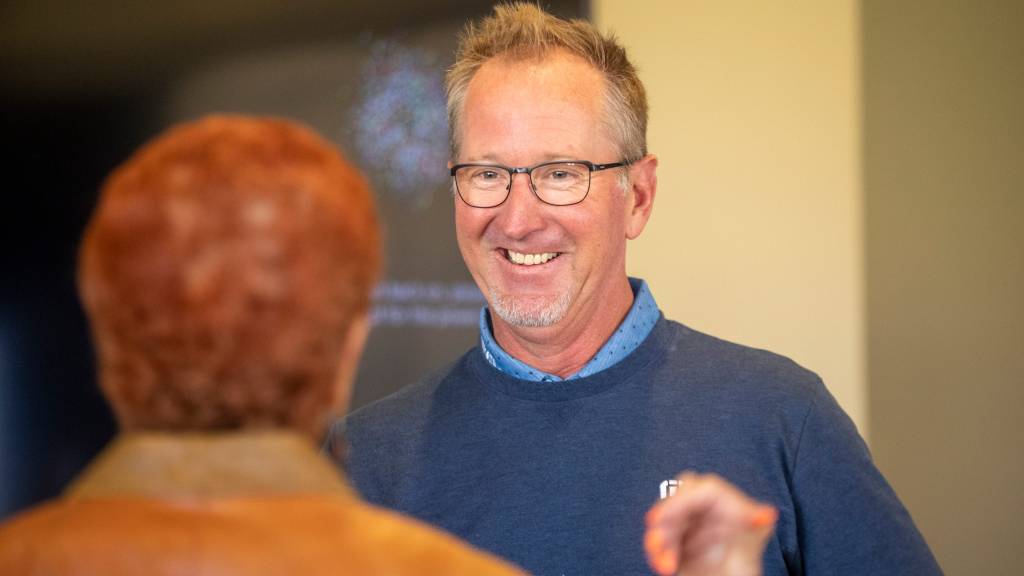 For most golf fans, the number they quickly associate with David Duval is 59.

As in the 59 Duval shot in the final round of the 1999 Bob Hope Chrysler Classic – the desert’s PGA Tour event now called the American Express – a round that allowed him to come from seven shots behind to win the title with the best closing round in Tour history.

But these days, the number Duval thinks about most is not 59, but 50. When Duval turned 50 in November, he was automatically the latest rookie to be eligible for the PGA Tour Champions. Duval was on hand Tuesday for the announcement of a new PGA Tour Champions event in the Coachella Valley next spring, and he was happy at the prospect of playing competitive golf in the desert again.

“It’s cool that they’re adding a new event, that we’re going to have another good spot on the schedule,” Duval said of the event planned for Mission Hills Country Club in Rancho Mirage. “It’s a good time of year, more than likely perfect weather out there. My wife and I have been looking forward to this and getting back to playing full time. We are just kind of learning the in’s and out’s of it again, having not done it so long. “

Unlike some golfers looking ahead to their 50th birthday and eligibility on the PGA Tour Champions, Duval has not packed his schedule full of regular PGA Tour events to sharpen his game. In fact, Duval has played only one tournament on the regular tour, the AT&T Pebble Beach Pro-Am, in both 2020 and 2021. The last time he played as many as 10 regular tour events was in the 2013-14 wraparound season.

Injuries, who have hampered Duval’s career since just after that 1999 win in the desert, including two replaced discs in his neck in 2020, have continued to plague him as he approached 50. But he still had the PGA Tour Champions on his mind.

“I don’t know exactly for certain (when he thought about senior golf), but a few years back,” Duval said. “With some of the injuries and things that I had gone through, I was looking to get healthy and try to play 10 or 12 times a year. And as we got closer and closer, it looks like we are going to play more than that, maybe 20-plus. ”

Photos: David Duval through the years

Back on a tour again

Duval has played five PGA Tour Champions events this year, with a best finish of 34th as he tries to return to competitive golf after spending nearly seven years as an analyst on the Golf Channel, a position that earned him praise for his commentary on the PGA Tour and its players.

Duval believes his game should be producing better results, but in a recent tournament, he may have discovered a key.

“It’s an entirely different animal and you have to really think your way around the golf course and put the ball in proper positions and be smart about what you are doing,” Duval said. “Meshing that with how I am actually physically playing is going to kind of get me going.”

As part of that commentary, Duval would at times have to talk about sub-60 rounds on the PGA Tour. No one is more qualified than Duval for that discussion since he shot just the third 59 on tour with his round in 1999. Now there have been a total of 12 sub-60 rounds, including one 58 by Jim Furyk, who also has a 59 to his credit.

Duval acknowledges people still talk about his 59, but he has other things to say about the number than just how he shot his round.

“It gets talked about a little bit. I think more in the framework now of what sub-60 round was the best one. That’s kind of how the discussion has gone now, ”he said.

Al Geiberger shot the first round of 59 in 1977 at the Colonial Country Club in Memphis, and that round is often ranked ahead of Duval’s round at the Palmer Course at PGA West in La Quinta in 1999 as the best of the sub-60 rounds. While Duval accomplished far more in his career than the 59, including a British Open title, 13 PGA Tour wins and surpassing Tiger Woods to become the No. 1-ranked player in the game in 1999, the 59 discussion is still something Duval enjoys.

“I still feel like, when there were rounds like that shot, over the last number of years when I was doing TV stuff, I always kind of tried to direct it away from me and to the fact that there have only been four of the sub-60 rounds that were 13-under par, ”Duval said. “I think there is a distinction there. There is a difference between shooting 11 under, 12 under or 13 under.

“That’s why I kind of direct it away,” he added. “I’m curious to see if someone can shoot a 14-under pair. They might. Who knows? ”