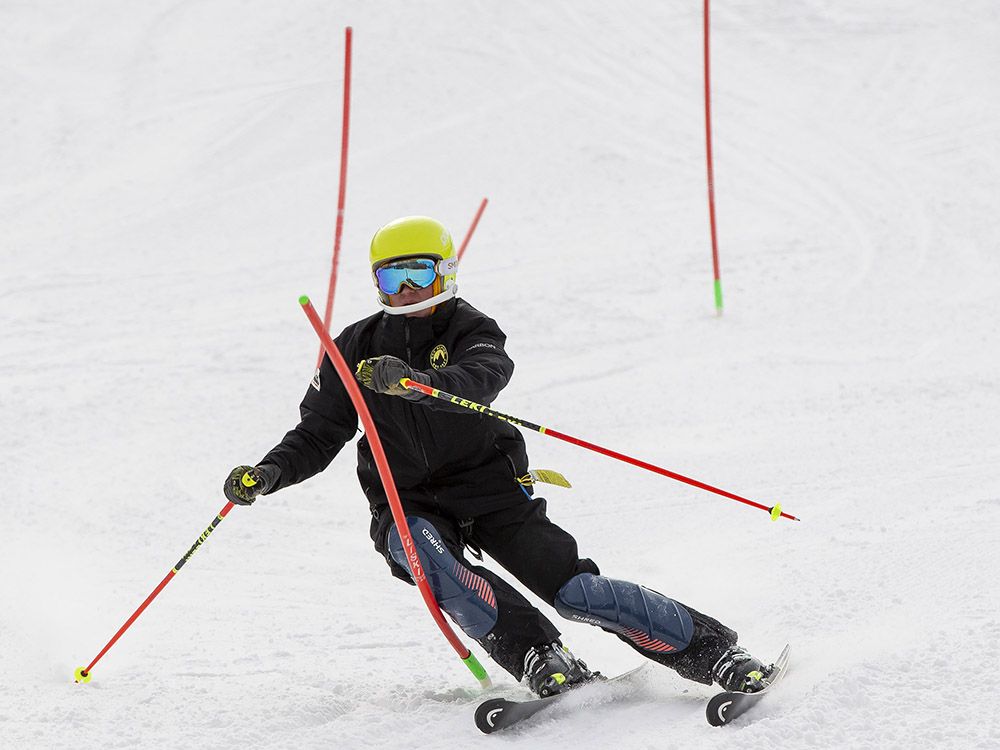 Edmonton Ski Club may not reopen this winter if the city does not offer up $800,000 over three years to keep it running.

The non-profit is asking the city to pay for temporary modular buildings for washrooms and a warming station, and to cover the cost of demolishing the former lodge, which is owned by the city. The club’s previous home was partially condemned in 2017, and then fully shuttered this spring. It’s hoping the city will also pitch in $3.5 million during council’s 2023-2026 budget discussions towards a new permanent building.

Council is set to discuss both requests at the urban planning committee on Tuesday.

“We wouldn’t have bathrooms, we wouldn’t have a place where people can come in and warm up, which essentially renders operations unsafe,” she said. Friday. “It wouldn’t be sustainable without being able to provide comfortable spaces.”

Whether or not council opts to pay for temporary structures or the club’s new building — the federal government is contributing $6.6 million for the new green-energy building — the city would still be on the hook for around $150,000 in demolition costs, not including the costs to remove all the ski lifts if operations cease, according to a staff report.

The club reopened in 2019 after a two-season hiatus around the time of a dispute with the city over the terms of its lease. It received a $1.1 million grant in 2018.

Sloan said the club in Gallagher Park offers needed recreational space that is affordable, potentially less intimidating for novice skiers and snowboarders, and accessible even to transit users. Some programs are subsidized, low-cost, or no-cost — the kids ski program, for instance, includes a one-and-a-half hour lesson, equipment rental and lift pass for $20.

“Winter recreation, when we live in a city that is cold, dark and dreary for eight months of the year, is incredibly important,” she said. “Being able to provide programming in winter that is accessible to all Edmontonians, it helps vitalize our community, it helps strengthen families, it helps enhance mental health, physical health, and these are all benefits that you can’t really put a (price ) on.”

These requests arrive ahead of tough budget discussions this fall as the city is already expecting deep service cuts or steep tax increases.

Sandy Fleming, club board president, said the new building would be available for year-round recreation programs including for events like Folk Fest. He said the ski club itself has sustainable programming that keeps itself running.

“We recognize that it’s a request for taxpayer dollars, but we want to give that back to the community in the form of providing an amazing place for people to come around and just supporting all those other charity groups,” he said Friday.

“We’re gonna have to make the case that we’re a good use of those funds. We think that the city gets more bang for its buck by investing in a nonprofit organization like ours.”

There were around 20,000 visits for skiing and snowboarding last season, and about 50,000 visits to the space overall in the last year including year-round events, excluding Folk Fest, according to the club.

Sign up to receive daily headline news from the Edmonton Journal, a division of Postmedia Network Inc.

The next issue of Edmonton Journal Headline News will soon be in your inbox.