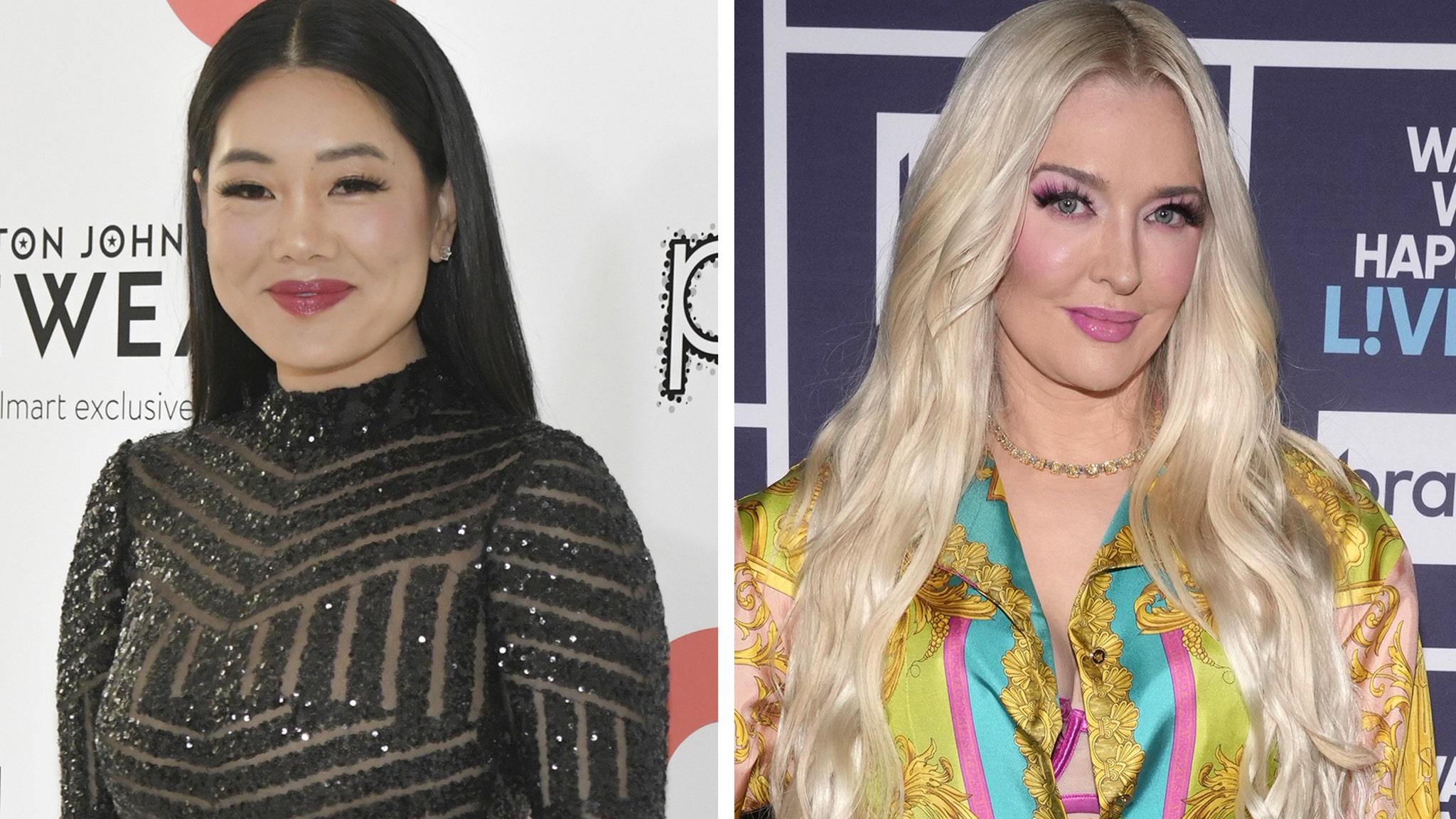 “Erika is not a doctor and you don’t prescribe laxatives to someone with an eating disorder,” Garcelle said of Erika’s remark to Crystal

Crystal Kung Minoff is speaking out about her “ongoing” battle with an eating disorder.

On Wednesday’s episode of “The Real Housewives of Beverly Hills,” Crystal got candid with her co-stars and detailed her battle with bulimia, which she’s struggled with since she was a child.

The reality star discussed her eating disorder throughout the episode, and while the majority of the women were sympathetic to Crystal, Erika Jayne made a rather “inappropriate” remark that didn’t go over well.

At one point in the episode, which was shot during the holidays last year, Crystal opened up to Kyle Richards and Diana Jenkins, discussing how the holidays can be triggering. She also spoke about an Instagram post she shared at the time in which she spoke about her eating disorder struggles.

“The other day I was gonna post this picture of the family and I remember feeling like my stomach and my body — I just felt like crap,” Crystal recalled. “And I decided to just be super real and post how I was actually feeling.”

Kyle — who, herself, has struggled with eating disorders in the past — asked a few of what Crystal described as “the hard questions,” including if she vomits after eating, if she binge-eats and whether or not she has an eating disorder was about “control” or physical appearance.

Crystal said she believes her eating disorder is about “control,” noting that it’s “more of an internal feeling.” She said she doesn’t binge, however, she felt uneasy after Kyle asked if she throws up after eating.

Meanwhile, Crystal then got even more candid, recalling how her eating disorder began and how it’s still an “ongoing battle.”

“My eating disorder started when I was 11,” Crystal said. “I remember every school picture I was in the back middle, always. It’s one thing being the tallest kid in class, but also looking different as a minority just makes it even that much more apparent.”

While she’s made a lot of progress, including working “very hard to accept how I look and appreciate it,” she said she still struggles to this day.

“It’s just an ongoing battle,” Crystal said. She later became emotional as she continued, “Physically being in my body sucks. I f—ing feel like s— all the time. I’m just exhausted. I want to eat a meal and be okay with it. “

Kyle and Diana thanked Crystal for her candor, with Kyle later adding in a confessional, “Opening up and talking about this on Instagram can actually be a good thing if she seeks help.”

However, things took a turn later in the episode at Diana’s Christmas party. In addition to Crystal, Kyle and Diana, Garcelle Beauvais, Lisa Rinna and Erika also attended the party.

Speaking with Garcelle and Erika, Crystal again spoke about how the holidays can be hard for her when it comes to her eating disorder.

“I’m going out every night and there’s just more food,” she noted, to which Erika began asking questions.

“I’m going to be really ignorant for a second,” Erika prefaced, and then asked Crystal: “Is it like you eat it and feel guilty, or you deny yourself eating it? I’m just curious.”

In response, Erika made a rather surprising remark, saying, “Well I always think, take laxatives and get rid of it.”

But Erika didn’t stop with her questions and asked Crystal what happens when she purges, to which she replied, “It’s like a relief because it’s out.” Crystal also admitted that she enjoys food when it goes down, but then feels guilty.

Erika continued by offering more of her perspective, sharing that she would choose to “poop [the food] out” instead of throwing it up.

Crystal then reacted in a confessional, asking, “Is she trying to be helpful, or has she just had a couple too many drinks?”

When asked if she’s gotten help for her disorder, Crystal said, “I need it. It’s time.”

Although the episode concluded with a “to be continued,” Crystal went on to reflect on the episode and her eating disorder in two Instagram posts.

“Tonight, I begin to open up about my eating disorder. While painful in the experience and likely reliving it, it’s something I am not ashamed of nor believe defines who I am,” she captioned a photo of herself, above. “It’s a part of me; a living challenge I face moment to moment. If you are also struggling, please remember, you do not have to recover alone. Whether you reach out to a family member, friend, teacher, coach, mentor, coworker, professional, hotline, or anyone else you feel comfortable talking with, support is available.”

She then shared a photo of an illustration that read: “Struggling does not mean you are failing. It means you are still fighting.”

Alongside the image, Crystal wrote, “Sending love to anyone who is suffering from an eating disorder or supporting someone who is struggling. Keep fighting,”

If you or someone you know is struggling with an eating disorder, please contact the National Eating Disorders Association (NEDA) at 1-800-931-2237 or go to NationalEatingDisorders.org.

“The Real Housewives of Beverly Hills” airs Wednesdays on Bravo.