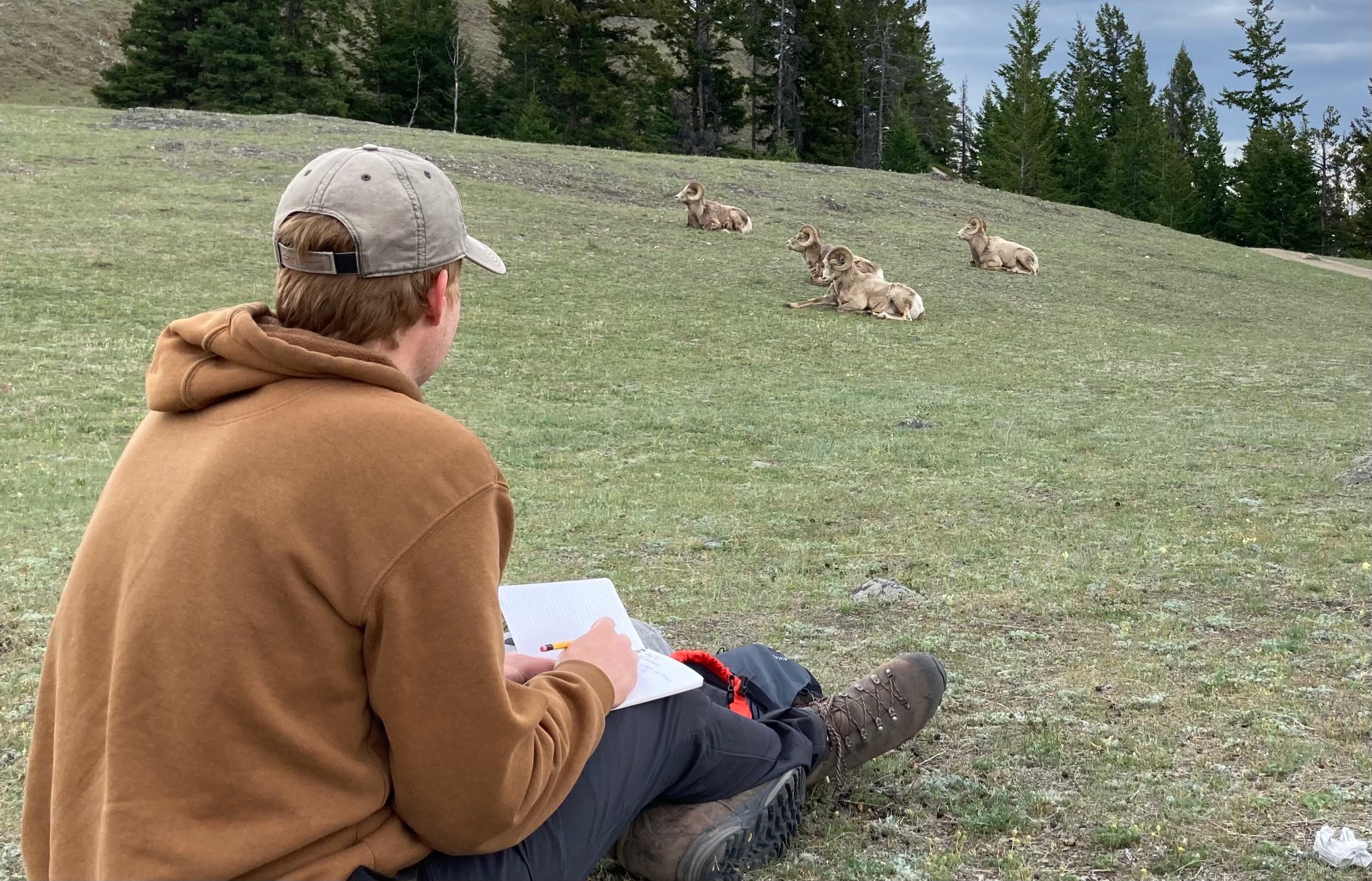 A new study by University of Alberta researchers shows a link between horn size and female reproductive fitness in bighorn sheep—a potential conservation issue that may stem from trophy hunting of male bighorn sheep with larger horns.

“What we’ve found is that females with small horns are less reproductively fit and are slow reproducers,” says Samuel Deakin, first author on the study published earlier this year and Ph.D. candidate in the Department of Biological Sciences.

Researchers examined 45 years’ worth of data on bighorn sheep in Ram Mountain, a remote area about 30 kilometers east of the Rocky Mountains near Nordegg, Alberta.

As Deakin explains, trophy hunters select targets based on horn size because of regulations that stipulate only males of a certain horn size can be hunted. This is because the horn size can typically be used to tell the general age of the sheep.

Since trophy hunters selectively target male bighorn sheep with larger horns, even if they’re not doing so at particularly high numbers, it could be affecting the population, Deakin notes.

Previous research by collaborators on this study showed that intense trophy hunting on the same Ram Mountain bighorn sheep population led to a reduction in horn length.

The link between female horn size and reproductive fitness is new because those two factors aren’t commonly studied. Secondary sexual traits such as horns or antlers have a clear purpose for males, as they help them compete for mates, Deakin explains, but the link isn’t as clear for females of many species. Some use secondary sexual traits to compete for resources, others for defense against predators, and for some species it’s simply genetic.

“It’s just not so obvious what they’re used for in females. It’s hard to measure.”

Another challenge for researchers is that female reproductive fitness is nearly impossible for them to track because it requires data that spans generations. The data Deakin examined showed not just horn size, but also how many offspring each female gave birth to, and how the offspring fared. This made it possible to measure reproductive fitness in this population.

Trophy hunting is no longer permitted at the site where these findings are from. However, other bighorn sheep populations in Alberta are still subject to the same trophy hunting regime as this study site was when the data were being collected. If the sheep Deakin studied are typical of the species, the same link between horn size and female reproductive fitness could be happening in other bighorn sheep populations across the province, he says.

Provided by University of Alberta