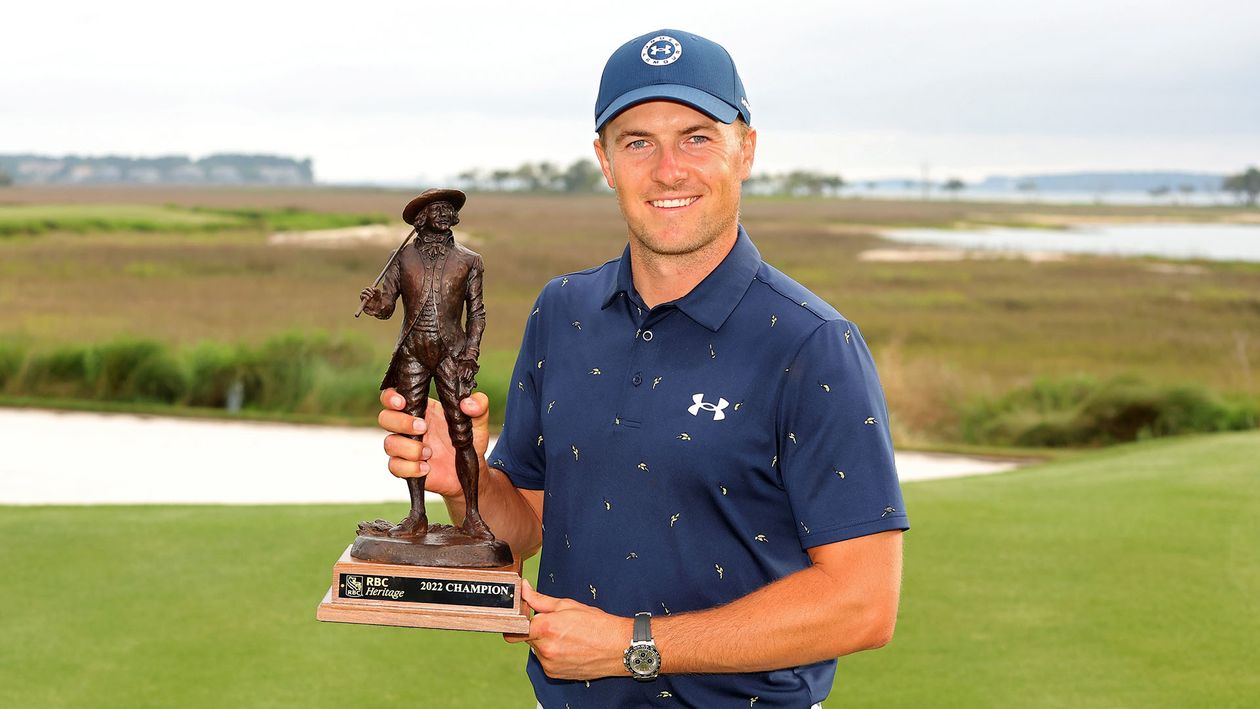 Seven days is certainly a long time in golf and with the bobble hats, waterproofs and tough scoring conditions from last week’s Wells Fargo replaced by 90 degree temperatures and as easy scoring conditions as you could possibly hope for, it has been a case of ‘go low or go home ‘for the world’s best at TPC Craig Ranch for the AT&T Byron Nelson this week.

The player who has gone the lowest so far and therefore sits at the top of proceedings through 54 holes is Sebastian Munoz.

The Colombian opened up on Thursday by flirting with a 59 before posting a round of 60, and having then added a 69 and 66 he now sits on 21 under-par and will head in to Sunday with a one-shot lead over local hero Jordan Spieth.

Munoz, who attended college nearby, is no stranger to being in this position on the PGA Tour having led three times heading in to Sunday, all in low-scoring events. From a positive point of view his lone tour title to date came from the front at the Sanderson Farms in 2019 when he eventually triumphed in a play-off. More recently, however, at last year’s John Deere Classic a final day level-par round saw him slip down the field.

Arriving in Texas on the back of six straight stroke play cuts, everything has clicked for Munoz this week as he ranks in the top ten from tee-to-green approach play and putting, and with the experience in the locker in this position it would be no surprise should he go on to bag his second tour title.

As strong as he has been this week, though, Munoz finished sluggishly on Saturday, bogeying the par four 16th and then failing to birdie the easy par five closer, and this has opened the door for the chasing pack. With the quality lined up behind him he is not for me at the odds.

With the leader in my eyes vulnerable the man to beat today then is undoubtedly Spieth. Since winning the RBC Heritage a month ago, the Dallas native has put his clubs away, however this week he has picked up where he left off at Hilton Head improving each day to post rounds of 67, 65 and 64.

His long game is in fine fettle as he ranks second from tee to green and third off the tee, while his putter, which has certainly been his problem this year has also been solid.

Spieth has shown us before that he can go back-to-back, and with this being his local event where he made his Tour debut as a 16-year-old 12 years ago he will be 100% focused on trying to win the tournament for the first time. From that point of view we certainly don’t need to be concerned about him using today as a tune-up for his latest assault on the Grand Slam career at Southern Hills next week.

Granted we aren’t going to get rich backing the Texan at 2/1 today but he is the obvious play and I am not going to ignore it.

Heading further down the leaderboard and Spieth is by no means the only class act lurking in the wings to pounce, with Joaquin Niemann and Justin Thomas starting two and three shots back from the leader respectively.

Both have the quality to produce the low score that will surely be needed to take home the trophy but with Niemann having struggled with his approach play to an extent this week, preference is for Thomas who fired in that department yesterday. With the layers offering three places each-way, I will add the one-time Major winner as a saver.

By his own recognition Thomas hasn’t really shown his best stuff so far this week yet he, like Spieth, has improved every day, also posting a 64 on Saturday, with his overall tee-to-green stats improving throughout the week.

As we know, though, the 14-time Tour winner is capable of ‘catching fire’ any time and if he does really click on this track he could quite easily threaten the number we saw from Munoz on Thursday.

Without a win since the Players Championship last year, I expect Thomas to be fully focused on the job in hand rather than let his mind wander ahead to next week and I expect him to make a run today and potentially battle things out with Spieth.

Looking at the others in the mix, starting alongside Thomas on 18-under we have James Hahn, who posted Saturday’s low round of the day, a 61, to vault into contention, while a further shot back are defending champion KH Lee, Charl Schwartzel and local man Ryan Palmer.

It is a big ask for Hahn to follow up yesterday’s effort with another low one while it is hard to fancy Palmer to bounce back from his really poor finish to day three, which saw him drop three shots in his final three holes. Add in the fact that Schwartzel is winless in six years now and the preference of this quartet would go to KH Lee.

My hunch, however, is that if we are to see a big run from off the pace it could come from one of the trio starting on 16-under and perhaps from a more unheralded name as opposed to Scottie Scheffler who I just find it tough to see continuously winning.

The pair in question are Davis Riley and Beau Hossler both of whom have been knocking on the door this year and both of whom may just be suited by being under the radar. Ultimately, though, if one of them is to triumph with low scoring once more expected it will need something extra special to reel-in the big names ahead of them, and with only three each-way places on offer there is limited appeal on that front.

On that basis then I will stick to Spieth and Thomas to keep our profits ticking over and settle back to enjoy what I expect to be a final day shoot out. 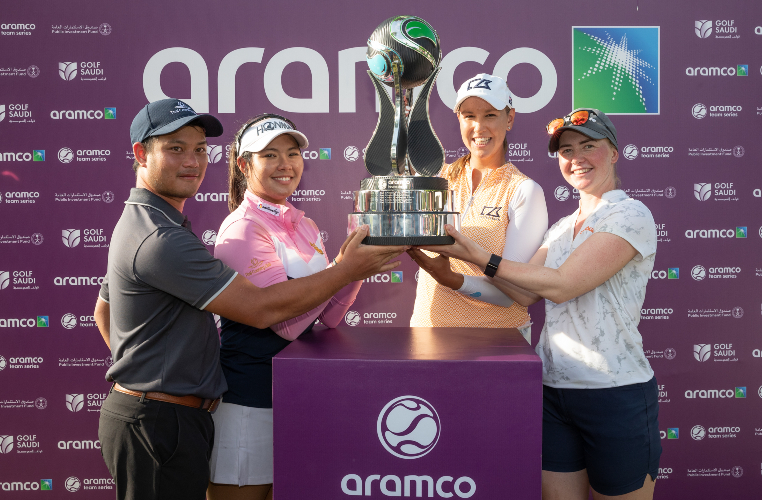 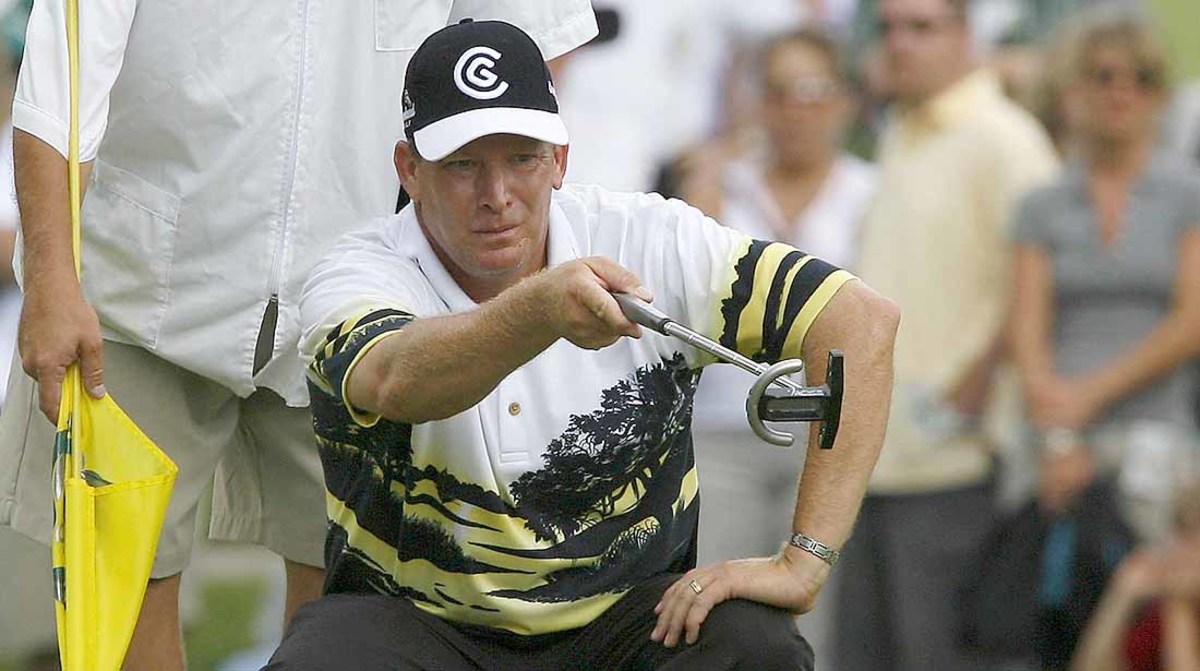