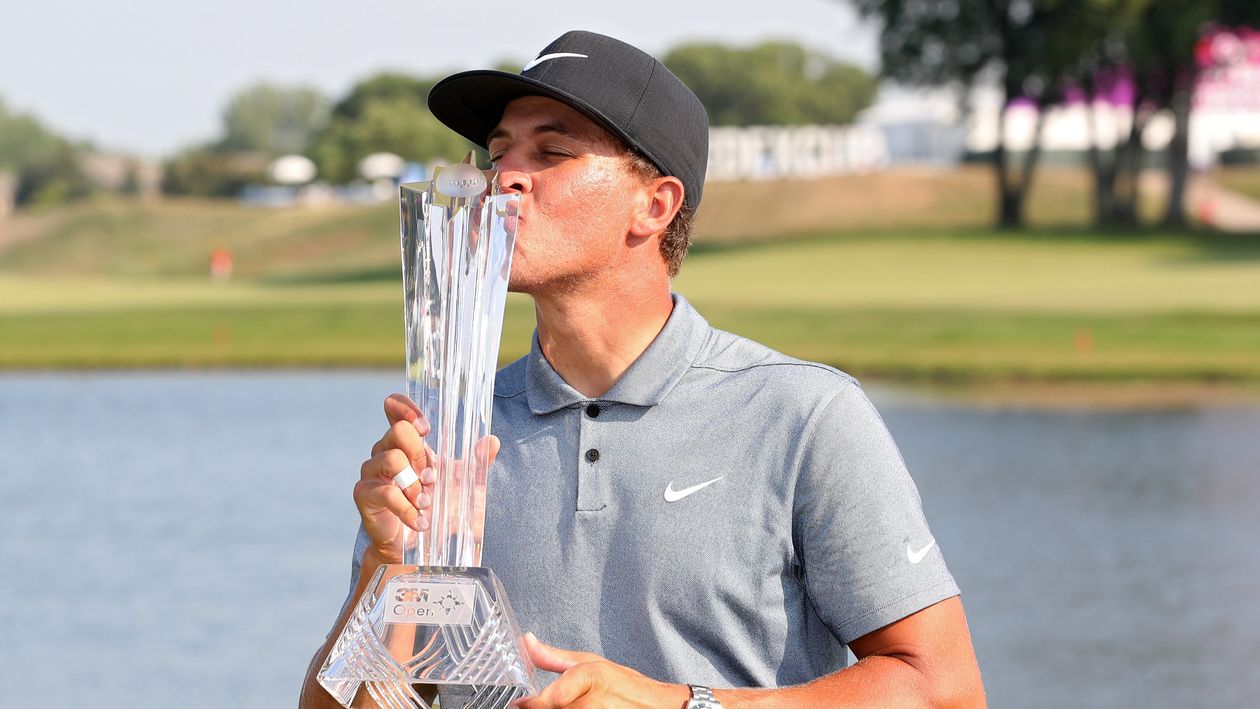 We’ve reached the 54-hole stage of the inaugural playing of the Mexico Open as a full PGA Tour event and the man at the top of the leaderboard is the man who headed in to the week as the overwhelming favorite, Jon Rahm.

Rahm has a strong record over his career, particularly in Europe, of mopping up in events when he was a heavy favorite in a weaker field, and at the beginning of the week this was seen as an ideal opportunity for him to end a winless drought , which goes back to last year’s US Open. Therefore, while not many were rushing at the start of the week to side with him at odds of 5/1 on a course new to us all, his presence at the top of proceedings heading in to Sunday is no surprise.

The recently-deposed world number one will start day four with a two shot lead on 15-under and the layers who will give you nothing more than 4/7 this morning obviously believe this is pretty much a done deal.

From my point of view, while there is no denying the Spaniard has been impressive off the tee this week, leading the field in that category, there were certainly signs that he was starting to feel the heat slightly on Saturday as he struggled both in his approach play and on the greens, losing strokes in both of those areas on day three.

The flat stick of the course has been a particular problem for Rahm of late and while he holed his share on Thursday and Friday it will be interesting to see how it holds up today.

Throw in the fact that Rahm is still to win in six attempts when he has held the 36-hole lead on the PGA Tour and is only two from four with the 54-hole lead [putting to one side the Memorial last year where he held a six shot lead before having to withdraw with covid] and I am not ready to give him the trophy yet.

If we are going to take on Rahm then the question is who with and the answer to me is CAMERON CHAMP, who is one of two players who will start two back on 13-under and keep Rahm company in the final group.

There was much made coming in to the week of how the long par 71 course the players faced could play in to the bigger hitters, and while of course there are some shorter hitters who have fared well, this has proven to be the case, with Champ, statistically the longest of them all on the PGA Tour, very much thriving.

The hugely talented Champ is one of those players who can go on long runs of poor form, but when his game clicks he makes everything look so easy that you wonder why he is not in the world’s top ten.

A three-time winner on tour already all of his wins have come after he has shown a spark in his previous start and the fact then that he had finished tenth last time out at Augusta coupled with his potential suitability to the course had lead many, including myself, to like his chances at the start of the week and he has not disappointed.

The 26-year-old sits second off the tee to Rahm this week and second in putting, an area, which he has struggled in hugely this season, however like Rahm his approach play has been his week link at times this week particularly yesterday when a couple of loose second shots on 15 and 16 caused him to make bogey and surrender the lead.

Ultimately, though, Champ has shown that when his game is on song he does not fear anyone on Sunday and after his last win at the 3M Open last summer he basically said that he never doubted he would win that day. Risky as it is then I am happy to take on Rahm with Champ at the odds today.

Looking at the others in contention and alongside Champ on 13-under we have another big hitter Kurt Kitayama. A two time winner on the DP World Tour Kitayama has shown he can get over the line, however he appears to be walking a tightrope with his driver a lot of the time and while he has the character to stick around, with so much water in play I just expect one too many mistakes off the tee from him.

A further shot back on 12-under we find a trio of players who will play together in the penultimate group, Nate Lashley, Patrick Rodgers and Davis Riley. Lashley stormed through the field with a 64 on Saturday and the one time tour winner has not made a bogey since Thursday, my suspicion though is he will struggle to back Saturday’s effort up today, with his lack of fire power to take advantage of the par fives potentially costing him on the back nine.

A maiden win for Riley who recently pushed Sam Burns all the way at the Valspar before losing out in a play-off would not surprise many, however he has relied quite heavily on his putter this week actually leading the field in that category and if I were to side with another my marginal preference would be to chance Rodgers at the odds.

Much of the course has been written about Rodgers pedigree and not many would have expected him to still be looking for his first tour win at this stage of his career. This week though as a big hitter he has found a track that plays in his hands and this could just be the day it all finally clicks for him.

Ultimately, though, with nothing to go on in the way of event history my suspicion is that there is enough fire power in the final group that it will be hard for them to be overhauled and while Rahm naturally looks by far and away the most likely winner I will stick to simply chancing the prodigious Champ to reel him in.

We are committed in our support of safer gambling. Recommended bets are advised to over-18s and we strongly encourage readers to wager only what they can afford to lose.

If you are concerned about your gambling, please call the National Gambling Helpline / GamCare on 0808 8020 133.

Further support and information can be found at begambleaware.org and gamblingtherapy.org.