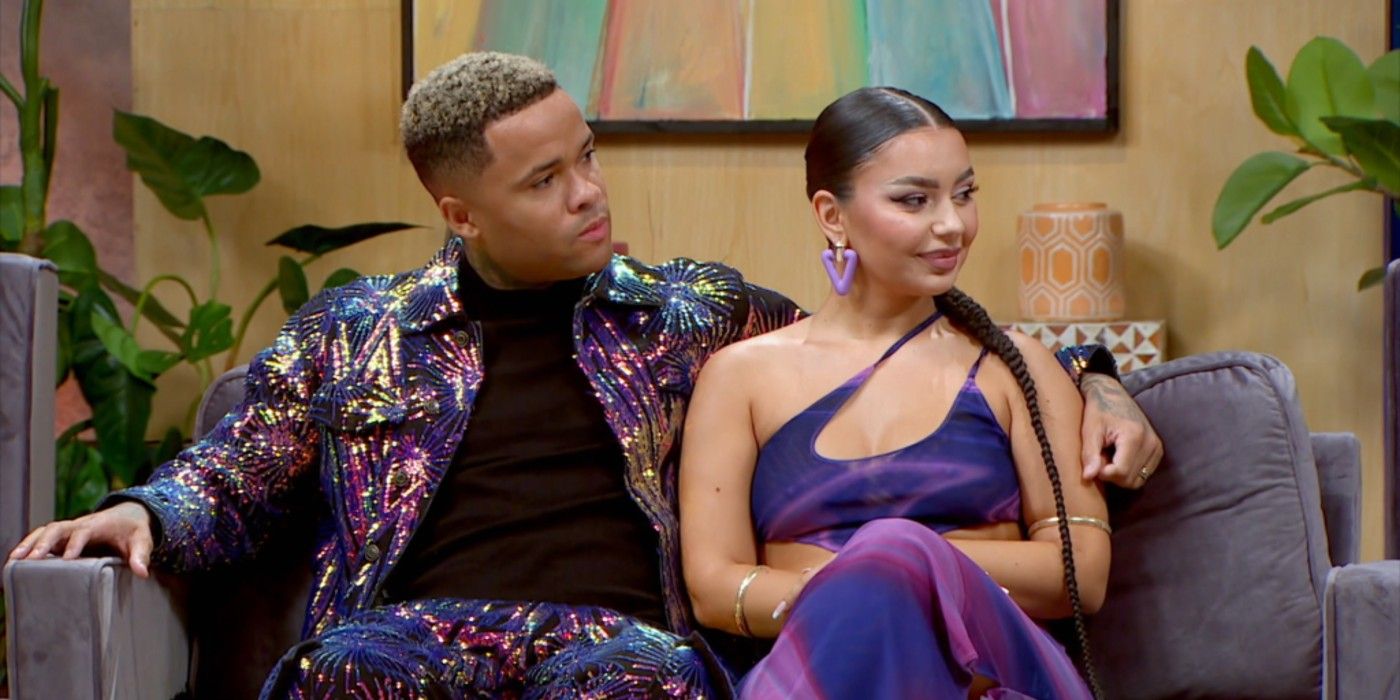 Now that 90 Day Fiancé season 9 is complete, fans are eager for the second half of the “Tell All” episode, but some viewers think Jibri Bell went a little too far with his antics in part one. Jibri met his wife, Miona Bell when he was in Serbia performing with his band, Black Serbs. The two instantly connected and spent their time together, traveling and solidifying their bond, even though that meant putting his lifelong dreams on the back burner.

On a trip to Thailand, the two got engaged, and Jibri brought Miona to the US so they could start their lives together. However, before Miona’s arrival, Jibri already faced challenges with his mother, Mahala Bach, who was wary of the way Miona liked to dress. Not to mention, his band was also concerned about his lack of commitment since he’s been with Miona. When Miona arrived, the challenges didn’t end, but that didn’t stop the duo from progressing with their plans.

90 Day Fiancé’s Mahala wanted Miona to dress a certain way, pitch in around the house, and even claimed she was pressuring Jibri into marriage. While her efforts to prolong the marriage seemed unfruitful, Mahala told the new couple they needed to move out and that she wouldn’t be attending their wedding. Despite Jibri’s disappointment, nothing could be done, and the couple left her house. However, at the Tell-All, Jibri seemed to have a chip on his shoulder that he took out on the entire cast, causing him to look like a fool and a hypocrite.

Within moments of Ariela Weinberg and Biniyam Shibre sharing their story, Jibri interjected. He claimed Ariela was too possessive and was holding Biniyam back. Ariela tried to explain her side, but it was clear Jibri was uninterested in her excuses and continued to attack her throughout the Tell-All. Unfortunately, 90 Day Fiance’s Ariela and Biniyam weren’t the only ones to receive his wrath. Although Jibri wasn’t as abrasive towards Bilal Hazziez and Shaeeda Sween, he wasn’t afraid to share his opinions about the “hurt” that existed between Shaeeda and Bilal’s ex-wife, Shahidah. What added to his impoliteness was his attack on John Mendes for his drinking habits once he entered the segment.

Since Jibri was too quick to share his opinions on everyone else’s relationship, many viewers felt he was adopting his mother’s therapist-like habits. Between interjecting to play mediator in Bilal’s relationship and condemning Ari for hers, it’s easy to see where the similarities lie. Not only was he commenting on his fellow castmates and how they handle their issues, but he was quick to amp up 90 Day Fiance’s Kara Bass’s ex, Kris Wayne. Instead of supporting his co-stars while Kara’s ex made jokes, he chose to support Kris and his relationship endeavors by telling him to trust women again, so he can find someone better.

As Jibri made his way through the couples, there seemed to be one underlying theme: the partners were holding each other back. Since Ariela tends to be jealous and the couple lacks communication, Jibri was convinced she was holding Biniyam back from pursuing his goals. Throughout the Tell-All, Jibri made it clear how he felt, which caused some viewers to theorize that Jibri was the one who felt Miona was holding him back. Miona’s dependency on Jibri was often used as an excuse for why he hasn’t pursued music seriously. Maybe now Jibri realizes just how much he may have lost out and is taking it out on his other cast members.

When Jibri entered 90 Day Fiancé season 9, he showed off his unique style and personality. However, once he appeared on the Tell-All, he seemed ready to fight anyone who thought differently from him. Not only did Jibri make some castmates uncomfortable, but he also took most of the spotlight away from the couples as host Shaun Robinson facilitated their conversations. Luckily, there’s a second part, and fans are eager to hear how Jibri and Miona have progressed since their time on 90 Day Fiancé.