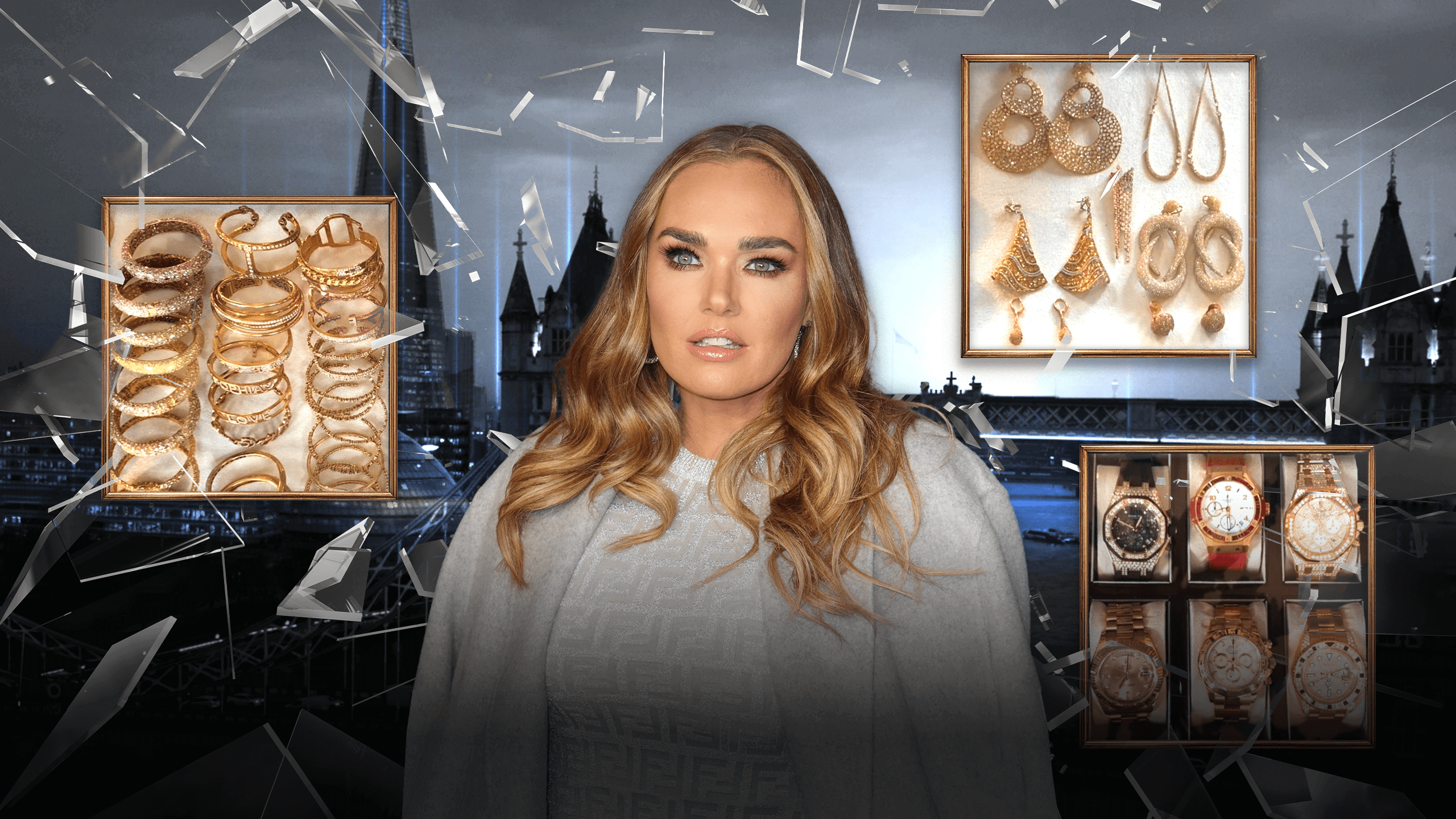 The first person to be arrested was Savastru. The police had watched his movements and knew he had booked a one-way ticket to Tokyo on January 30, 2020.

On that day he checked in at Heathrow Airport, plain-clothes officers followed him outside the terminal, where he sat down to have a cigarette.

As Savastru sat down, detectives waited for him to open his mobile phone – this would allow them to go through his search history, contacts and bank details. As soon as he did so, they made their move and arrested him, successfully physically seizing his opened phone.

He was carrying a Louis Vuitton bag belonging to Jay Rutland and a Tag Heuer watch belonging to Vichai Srivaddhanaprabha.

He later told a jury that he was under the impression the items had been left for him as a gift. He had no idea they were stolen.

After hearing about her son’s arrest, Mester flew back to the UK the following day from Milan. She was immediately arrested at Stansted Airport, while wearing a set of earrings resembling Tamara Ecclestone’s. It wasn’t possible to be certain they were the exact same earrings, but the designer who made them said only three pairs had ever been made and one had been sold to Tamara.

Facebook pictures of Mester showed she had worn a necklace similar to a rare bespoke one bought by Jay Rutland for his wife in Los Angeles.

She would tell a court that the jewelry was a gift and denied knowing they had been stolen.

Savastru and Mester were charged and while they were in custody, the police continued to find out more about the thieves’ time in London.

The day after the raid on Mr. Srivaddhanaprabha’s home, Jovanovic made a booking for five people at a sushi restaurant near Harrods. The bill for the meal was £760.

They were also pictured on spending sprees in Harrods. On 17 December, four days after Ecclestone’s home was burglarized, Savastru opened a Harrods Rewards account and spent £580 on Christian Dior cosmetics. His mother splashed out more than £1,000 on Louis Vuitton and Loro Piana menswear, £810 on Hermes goods and £635 on designer shoes.

Jovanovic and Vukovic were also pictured in Harrods – it turned out they had been rejected from buying £8,000 worth of goods because they only wanted to pay in cash.

It also turned out Savastra had used his bank card to pay for an Airbnb in Chelsea, in which Jovanovic, Vukovic, Maltese and Donati lived for a few days after the Ecclestone raid before leaving the country. Savastru had also booked most of the flights on his Starling Bank account.

In November 2020, Marcovici, Stan, Savastru and Mester all went on trial at Isleworth Crown Court charged with conspiracy to burglary.

Mester’s defense was that she was an international escort and met Vukovic as a client in a bar in Milan years earlier. In December 2019, she says, he asked her to accompany him to London and paid her thousands in euros. Mester said she had no idea that Vukovic nor the men he was with were carrying out high-end burglaries.

The jewelry found on her by the police when she was arrested, she said, were gifts given to her by Vukovic for her services and for her birthday. She denied knowing the jewelry had been stolen.

“For me Vukovic was like a golden goose like all the other generous clients,” she told the BBC. “I didn’t see anything wrong with that fool!”

She also said that Vukovic had given her money to spend while she was in London.

After being acquitted, she said: “I am 100% innocent regarding these thefts.” She said the police had never demonstrated her or her son’s guilt.

“They brought to court only what they wanted.”

Her son Savastru told jurors during the trial that he had been introduced to two of the alleged burglars in December 2019, but did not know of their supposed criminal dealings. He declined to be interviewed by the BBC.

Stan told the court that he had been asked by a friend to help out some Italians who were new to London and needed help with a car and getting around. He had met them for a coffee and exchanged numbers.

Later, on December 1, he received a call asking for his address. On the night the Lampards were burgled, Jovanovic and Vukovic had arrived at his home – although he insisted he didn’t know what they had been up to. One of them was cut and told Stan they didn’t want their wives to see they had been fighting, so he gave them some clothes and booked them an Uber back to St Mary Cray.

“Everything, all the evidence against me shows that I couldn’t be involved. Couldn’t,” Stan told the BBC.

Marcovici, a childhood friend of Maria Mester’s, insisted he was an innocent man caught up in something he had no clue about. He had agreed to her request to drive Vukovic’s friends around west London. But he says he was told the men were going to a construction site to pick up some tools.

He says he mistook a text sent to him in Italian telling him to bring a cutting or blow torch – cannello da taglio – with the Romanian agnello da taglio or “lamb cutting”, and that he’d interpreted this as a reference to a barbecue.

He stopped driving the men around in a dispute over pay.

“I was accused of conspiracy to burglarize high-profile people from the UK. People from high society. I am innocent and the police [knew] I was innocent from the beginning.”

None of the four were said to have been present inside the homes that were burglarized, but the prosecution’s case was that they had each allegedly helped the gang in some way.

However, in January 2021 the four were found not guilty of conspiracy to burglary.

But that wasn’t the end of the story.

Out of the blue, Stan – who had lived in Harrow – contacted the BBC to share his story.

He told reporters that he was now homeless and had lost everything. During the “Beast from the East” winter storms of 2021 he had ended up staying inside Marcovici’s car.

“I lost everything, my home, my job,” he said. “My whole life was flipped upside down.”

The police took Mester and her son Savastra to court on other matters. Mester was convicted of failing to let police into her phone, while Savastru was convicted on an unrelated charge of possessing counterfeit banknotes.

And eventually, detectives were able to bring back three of the burglars who had fled abroad. Donati and Maltese were arrested in Milan and later extradited in autumn 2020. Jovanovic was arrested on the Italian coast of Santa Marinella – just outside Rome in October 2020. He fought his extradition hard but was later deported to the UK in April 2021.

All three pleaded guilty to conspiracy to burglary and were jailed in November 2021 under a heavy police escort from Belmarsh.

Police in Italy told the BBC the gang had lived in a north Milan in a Roma camp.