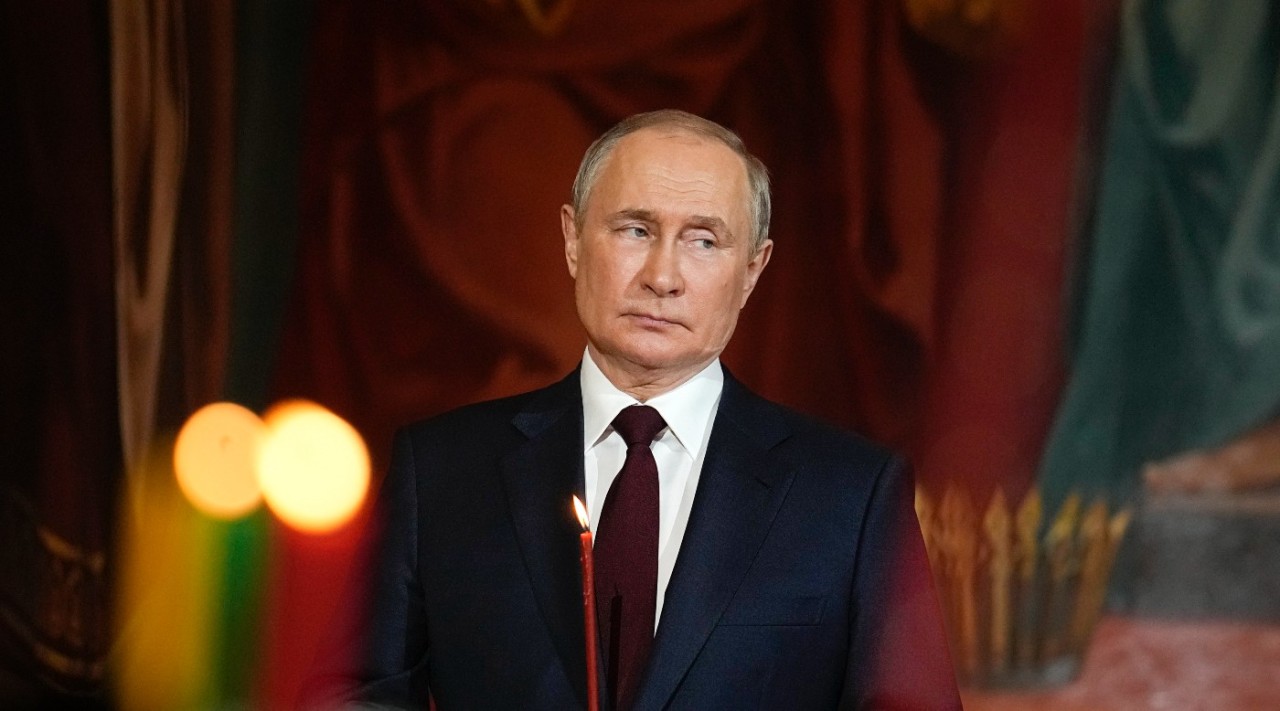 A pervasive trope in writing on Russia argues that since Russian President Vladimir Putin’s threats are inherently credible, we should refrain from provocative moves lest they provoke a further escalation.

This argument is unsound, and its recipe for action is precisely the opposite of what should be done. While we should not gratuitously provoke Russia, the war in Ukraine shows that restraint, seen from the Kremlin, merely connotes weakness and invites further aggression.

So, while NATO made many sound decisions at its Madrid summit, some of them remain incomplete — for example, the decision to establish merely an army corps headquarters in Poland rather than a full complement of forces there. This decision is incomplete for many reasons.

First, it is an example of our pulling our punches to avoid provoking Russia and seemingly violating the NATO-Russian treaty of 1997, arguably a treaty that is no longer valid given Muscovite aggression against Ukraine since 2014. But the fact remains, as others have noted, that the claim that Putin never backs down is simply wrong and contradicted by abundant evidence.

For example, Kazakhstan has publicly resisted the war yet, as of this writing, apparently induced if not compelled Moscow to back away from its coercive diplomacy. Therefore, it is unlikely that Moscow will assess NATO’s half-step as signifying restraint. Thinking that way substitutes our calculus for Russia’s.

More likely, this restraint is seen as a sign of faltering will since Moscow has now ordered an intensification of fighting in Ukraine, ie escalating rather than reciprocating restraint.

At the same time, there are compelling operational-strategic and military reasons for deploying a full army corps in Poland to conduct conventional deterrence and potentially wartime operations.

First, the current war already teaches us lessons appropriate to conventional deterrence in Europe. Putin spent 2021-22 building up a combined arms force of as many as 200,000 troops around Ukraine. Yet far too many observers in and out of governments were still surprised when he began hostilities on Feb. 24. Since the Russian army has already shown itself, at least to some degree, to be a learning army, the next time Russia invades a European state, we will probably not be so fortunate as to have a long lead time to contemplate Putin’s decisionmaking .

And if Russia somehow achieves what it can spin as a victory in Ukraine, there will certainly be a next time. Therefore, the idea that Putin will refrain from attacking NATO members does not stand up to rigorous analysis, especially as Russia, from its own perspective, has been at war with Europe since 2005. And since Moscow’s reckoning is the only one that counts, NATO and the European Union must internalize the realization that they are and have long been under attack. The rationale for leaving the troops behind the headquarters is precisely that if Russia attacks, their rapid deployment to the front will then be feasible.

However, under current and foreseeable circumstances, the idea that we can then rapidly bring sufficient forces from the rear to the front over a decidedly problematic transportation infrastructure and through a war zone in time to prevent a Russian fait accompli is highly dubious.

Thus US capabilities and deployments must be considered with a view towards denying Russia (and China) the possibility of a rapid victory. As David Ochmanek of the Rand Corporation has written, “A rapid fait accompli would leave the US president and allies with a terrible choice of relying on coercive measures or taking months to deploy sufficient forces to liberate lost territory with a counteroffensive campaign.”

In turn, this strategic consideration leads to another equally compelling reason for deploying a full corps in Poland. Russia’s entire strategy aims to give Moscow escalation dominance throughout all stages of a crisis by winning rapidly and simultaneously making nuclear threats to deter, inhibit and intimidate NATO or the US from replying. By deploying sufficient forces to theaters at risk like Poland and the Baltics, we negate Russia’s strategy and foreclose the option of a rapid conventional victory that allows Moscow to make all manner of nuclear threats.

Catastrophic weather: The ghost of summer future US needs a national cooling strategy

In other words, we restore conventional deterrence at the lowest possible level of the escalation ladder, deter the outbreak of a conventional war and minimize the utility to Russia of nuclear threats in support of conventional wars of aggrandizement. Or, to invoke Sun Tzu, we negate Russia’s strategy without firing a shot.

Therefore, it makes more sense to deploy the entire corps rather than just its headquarters. Since we cannot presume Russian rationality as we understand it to be, we must make our conventional and nuclear deterrence so credible that nobody, including Putin, can fail to understand that we mean business.

Stephen Blank, Ph.D., is a senior fellow at the Foreign Policy Research Institute (FPRI). He is a former professor of Russian national security studies and national security affairs at the Strategic Studies Institute of the US Army War College and a former MacArthur fellow at the US Army War College. Blank is an independent consultant focused on the geopolitics and geostrategy of the former Soviet Union, Russia and Eurasia.