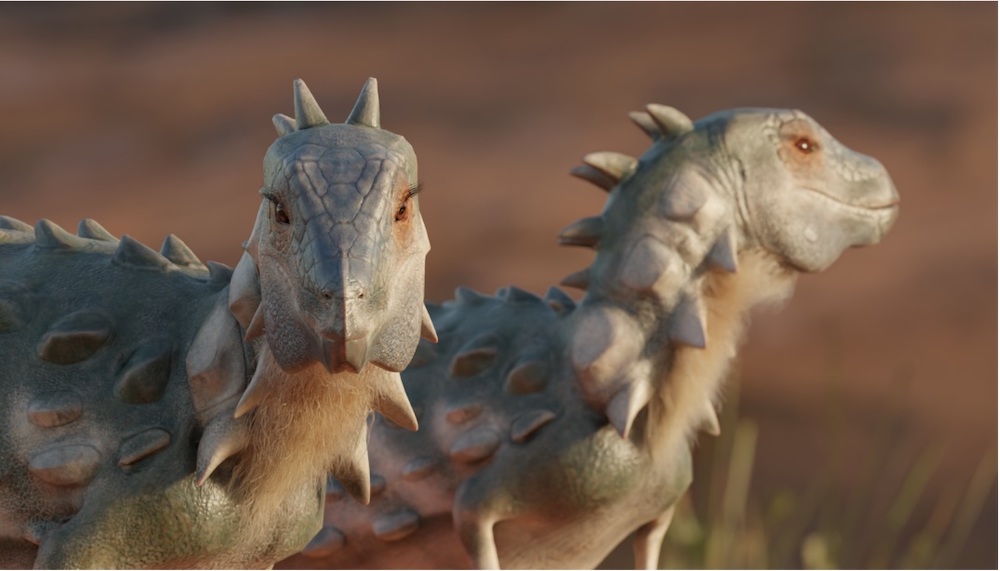 The Land Before Time introduced a generation of kids to a few commonly known dinosaurs — and one pterosaur — when it hit theaters in 1988. Littlefoot, Cera, Ducky, Petrie, and Spike represented many of the main groups, accounting for the sauropods, ceratopsians, hadrosaurs, pterosaurs , and stegosaurs, respectively. Then, of course, there was Sharptooth, a member of the Tyrannosaur family.

In the intervening three and a half decades, paleontologists have uncovered countless new species, adding diversity to existing families and revealing entirely new ones. For the most part, they fall into readily recognizable categories which would be easy for a kid or dino-loving adult to place among the dinosaurs they already know. Every once in a while, however, we find something that breaks the rules and requires a new and more interesting understanding of dinosaur evolution. If The Land Before Time were made today, we might have to add an additional player to the cast of characters.

Beginning in 2012, paleontologists digging in the Candeleros Formation in Argentina began uncovering pieces of a previously unknown species dubbed Jakapil kaniukura. The partially preserved skeleton reveals an animal related to other thyreophorans — the group to which stegosaurs and ankylosaurs belong — but with startlingly different features. Facundo Riguetti from the Felix de Azara Natural History Foundation, and colleagues, describe the species in a new paper published in the journal Scientific Reports.

“Jakapil is recovered in all phylogenetic analyzes as closely related to Scelidosaurus from the Lower Jurassic of the United Kingdom. These forms are outside the larger group that includes stegosaurs and ankylosaurs, and are commonly called basal thyreophorans,” Riguetti told SYFY WIRE.

That means that while J. kaniukura is related to stegosaurs and the other armored dinosaurs, it’s closest known relative existed roughly 200 million years ago in the Jurassic. Consequently, it has unusual morphology which sets it apart from other thyreophorans of its day. Dating to the mid-Cretaceous, about 100 million years ago, J. kaniukura is a dinosaur you might be tempted to cuddle, weighing between 9 and 15 pounds and standing between 1.5 and 2 meters tall. You read that right… standing.

“Most armored dinosaurs are large and quadrupedal. However, the primitive condition was bipedal. Early ornithischians from the Jurassic Period, including early thyreophorans like scutellosaurs were bipedal forms. Jakapil is related to these primitive forms but were almost 100 million years younger,” Riguetti said.

Finding new armored dinosaurs isn’t entirely unusual, not long ago a new species was uncovered in Chile, wielding a flattened tail weapon which resembled an Aztec battle axe. Finding one which so fully breaks the mold, however, is unusual and reinforces the importance of highlighting the work being done in the Southern Hemisphere.

“For several decades, the thyreophoran fossils and many other vertebrates were studied in the northern continents, and all that we know is largely biased towards those species. However, several important findings were recently made in the southern continents due to the efforts of local researchers like our team from the Azara Foundation. In the near future, new species and groups from southern continents will fill the gaps in diversity and shed light on the evolutionary and ecological issues of fossil vertebrates,” Riguetti said.

Alongside the partial skeleton, researchers found a dozen or so leaf-shaped tooth fragments reminiscent of modern iguanas. The teeth suggest that J. kaniukura was herbivorous despite a body plan which seems more in line with carnivorous theropods. Indeed, this relatively small, armored dinosaur looks strikingly like an armor-plated T. rex, complete with stubby little arms. At present, the function of their arms is unclear but it’s likely they served a different purpose from those in T. rex.

“Unfortunately, the function of such tiny arms in Jakapil is currently unknown, mostly because these are very fragmentary. New remains will help us to solve this problem. Since both species [J. kaniukura and T. rex] lived in different environments and filled a different ecological niche, the evolutionary pressures acting in the arms were probably different,” Riguetti said.

Thyreophoran dinosaurs first emerged about 200 million years ago and it has long been thought that their bipedal form was largely lost in favor of the lumbering four-footed tanks made famous by stegosaurs. The existence of J. Kaniukura proves that is not the case. Instead, at least one lineage made it into the Cretaceous while maintaining the more primitive body plan. The amount of time between this discovery and its Jurassic two-legged ancestors suggests a significant gap in the fossil record waiting to be filled.

“Between Jakapil and their relatives there is almost 100 million years. We are very excited to find a rich fossil record among them. “Several recent findings in southern continents, mainly South America and Africa, suggest a rich fauna in the southern hemisphere waiting to be discovered,” Riguetti said.

That J. Kaniukura had such small arms, and that it’s extinct, is truly tragic. We bet it would give good hugs. It’s proof that you can’t judge a dinosaurian book by its cover, that there’s still plenty of the book to write, and that there’s no telling what we’ll find on the next page.