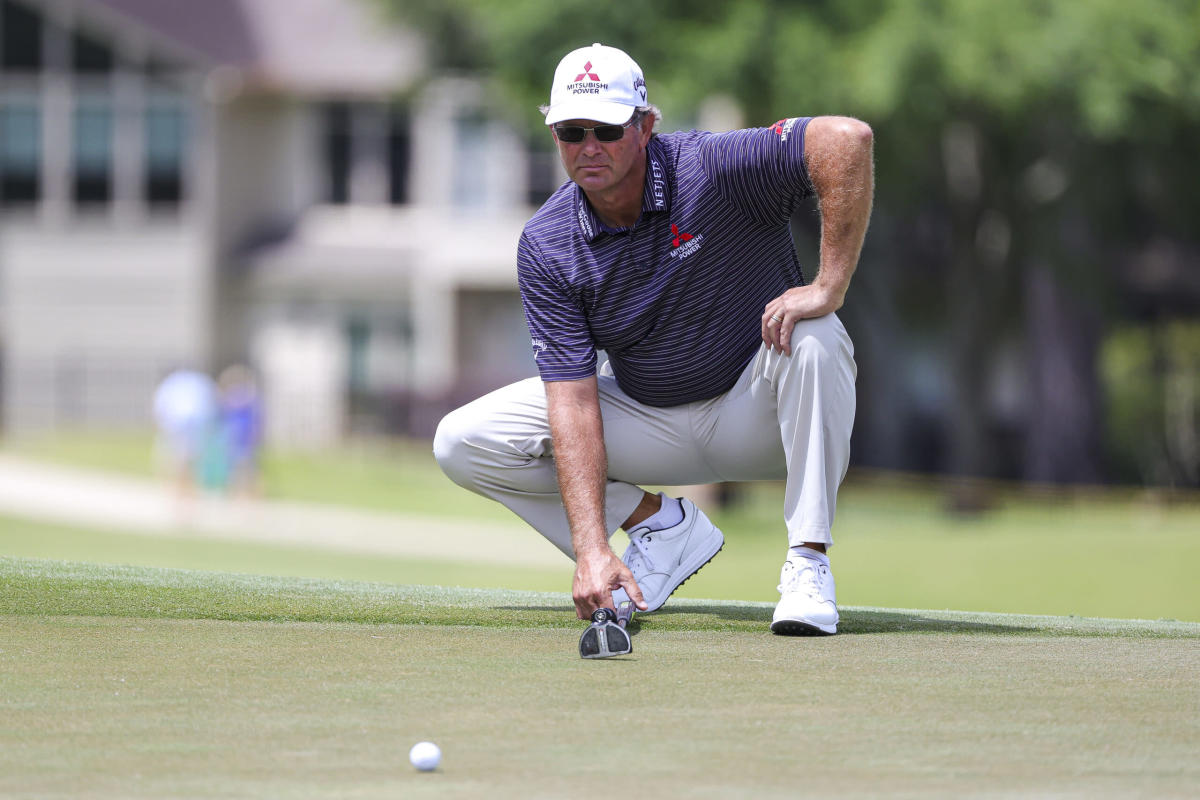 Sure, it might make for the best social media moments, but losing your temper on the golf course will likely keep you from putting success. At least that’s according to two-time US Open champion Retief Goosen, who is playing this week at the PGA Tour Champions’ Mitsubishi Electric Classic.

Goosen was asked after his second round at TPC Sugarloaf if his calm demeanor and his impressive putting go hand-in-hand.

“Definitely,” he replied. “Golf, the more you can stay at the same level and not have too many ups and downs in temperament and emotions, the better it is for your game. You’ve got four hours there that you’ve got to hit hopefully 65 shots and those 65 shots only take a few minutes, and what do you do with the other three and a half hours? Walking on the course, you need to stay in focus, you need to calm yourself down.

“All that kind of stuff breathes into your game, how your emotions are between shots. If you’re cursing everything and coming to the ball for the next shot, you’re probably not going to hit a good shot because you’re not mentally ready to hit it. It’s important how you manage your emotions on the golf course to stay consistent. ”

Goosen, who has seven victories on the PGA Tour to go with twice as many on the European Tour, said he’s maintained the same putting technique through the years, one that has served him particularly well.

“I’m pretty much still the same. I tried a little bit with the long putter and the belly putter. Who didn’t? But you always seem to go back to what you did when you played your best golf and made all the putts. Just got to find the confidence again and the belief that you can putt well again. Putting is very much a feel game, there’s no strength or anything involved. Some players lose their feel and you’re not quite sure how hard to hit it or eyes your eyes go a little bit. As you get older, you don’t see the lines as clearly as you used to see it.

Retief Goosen (RSA) prepares for a putt on the first hole during the first round of the Chubb Classic, Friday, Feb. 18, 2022, at Tiburón Golf Club at The Ritz-Carlton Golf Resort in Naples, Fla.

“Putting is very much, I can say, a personal thing. You’ve just got to find something that works for you to hit the ball online. It doesn’t matter how you stand or how you hold the putter as long as you can start it online and at the right speed. Speed ​​is probably the most important thing. ”

Even though he’s now 53 years old, the Pietersburg, South Africa, native can still get it rolling. On Saturday, for example, he birdied four of his first five holes to climb near the top of the leaderboard on a course where he captured his second PGA Tour win (at the BellSouth Classic in 2022). He finished with a pair of bogeys, but still shot a 67, and sits at 3 under for the tournament.

And while others are prone to tinkering with their putters, Goosen insists familiarity has helped to breed success.

“I use the same putter. I don’t often change putters, ”Goosen said. “I won a lot of my tournaments with a putter or two, two putters or so. Even now I’m still putting with a putter that I’ve used for a while. I think, yeah, changing putters constantly is not a good thing. You’ve got to get a putter that you like and then try and stick with it even during the times when you go a little off. It will come back, but once you start just swapping out putters every week, it’s difficult to get a feel for it and putting it feel. ”

That recipe keeps producing something delicious. Goosen is fifth on the PGA Tour Champions in putting average this season and that’s translated to five top-6 finishes in his seven Champions starts.

Of course, he can occasionally have frustrating spells with the flat stick, but he feels the attachment a player builds with his putter needs to be one that creates trust. Almost akin to a marriage.

“Well, I’ve had my times that I toss it a little bit and kick it a little bit. You get back in your hotel room in the evening, you bang your head against… why did I not hit a good putt there? ” he said. “A putter, it needs to become your second wife. You need to look after that thing because that’s where the money is. It doesn’t matter how good you hit the ball; if you can’t make the putt, it’s useless. ”