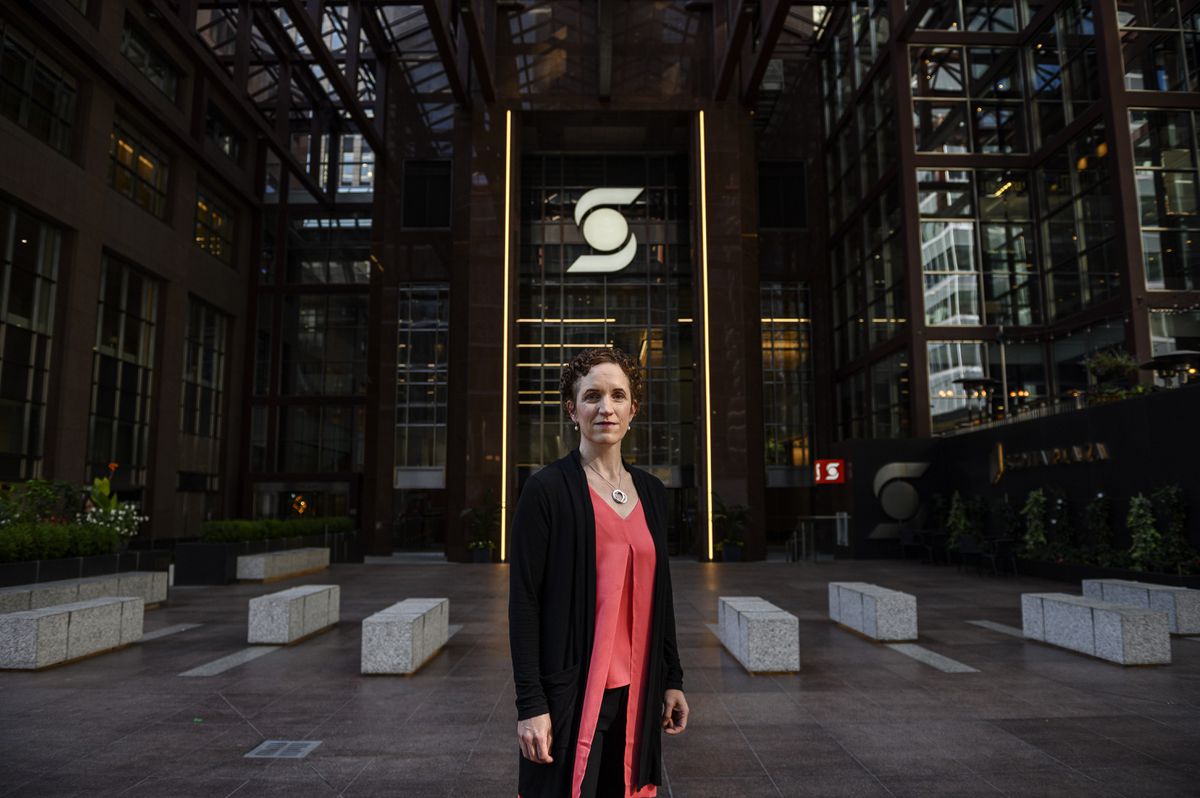 Mrs. Young – a former mining engineer before finding her way to the federal civil service, the International Monetary Fund and, finally, Bank of Nova Scotia BNS-T in 2019 – was this month appointed the bank’s first head of inclusion and resilience economics.

What that fuzzy title means in practical terms is that Scotiabank’s economics department is increasing its focus on researching and recommending public policy. Mrs. Young will take a leading commentary role on evolving economic trends – such as climate change, technological transformation and shifting demographics – and the inequalities and vulnerabilities that those changes expose in certain segments of the population.

“I would like it to ‘thought leadership’ – not hard-core economics,” Ms. Young said in an interview last week. “I’ll be trying to take a bit of a step back and look through some of the noise, to look at the longer-term trends that aren’t captured in our [statistical] modeling.”

“In this role, I’m going to be not shying away from covering these trends, but also [asking] what governments should be doing in that space,” she said.

Traditionally, this has not been a strength of big-bank economic departments. They excel at delivering timely analysis of what economists call “high frequency” economic data – the relentless flow of month-to-month economic indicators that comes out of Statistics Canada on a daily basis. The banks’ message is usually geared towards investors and the financial community – basically, their client base.

They’ve left the deeper dives into social policy and its economic implications to think tanks and academics. They haven’t excelled at tackling issues that resonate with the country’s less fortunate and more vulnerable economic players.

Still, in recent years, the big-bank economists have become more willing to wade further into policy research. Most notably, Royal Bank of Canada, the country’s largest bank, operates a Thought Leadership team that has focused on these sorts of emerging policy issues for the past several years.

But the COVID-19 pandemic, and the complex web of economic consequences that weave through the crisis, was a serious wake-up call. Economists have a new appreciation for the need to understand the unequal outcomes and risks from fast-changing economic events and the policy responses to them.

“It was striking to us, that some of these what we would have typically considered more social concerns were having really important impacts on the lives of people – and, ultimately, on the economy. I felt this was underserved by folks on Bay Street,” said Jean-François Perrault, Scotiabank’s chief economist (and Ms. Young’s boss).

The first product of Ms. Young’s new mandate, slated to be published this week, is a report on the under-use of new immigrants’ educational skills. She notes that two-thirds of newcomers enter the country with university degrees, but only a little more than one-third get jobs that are related to their degrees.

“When I do quick back-of-envelope numbers, I actually find that it’s not that big a deal for the Canadian economy. But it is a really big deal for those households that are taking a $25,000-$30,000 annual salary hit because they’re not using their education.”

There’s another report that she’s working on regarding net-zero carbon policies and the future of the oil and gas industry. She believes that we may be underinvesting in oil and gas development, based on realistic estimates for future supply needs that may not be as rosy as carbon-reduction advocates envision.

“I would call it a bit of ‘the emperor’s got no clothes,'” she said. “It might rub some people the wrong way.”

Other issues Ms. Young has on her priority list include housing affordability, the outlook for adoption of electric vehicles and the potential impact of Ottawa’s promised changes to federal disability definitions and supports.

“We do need to have more discourse on some of those issues,” Ms. Young said.

mr. Perrault said his economics group “got a little bit of a taste” for the strong influence that it could have on policy issues two years ago, when it published a report advocating for universal affordable child care. One enthusiastic reader was Deputy Prime Minister and Finance Minister Chrystia Freeland, who cited the paper as having a “real impact” on the government’s economic case to forge ahead with a national child-care plan.

“Rightly or wrongly, what bank economists say tends to register a lot more than what academics say. We’ll write stuff, and it will end up in the [news]paper when it’s interesting,” Mr. Perrault said. “Much more so than a lot of people who have very good ideas, but who work in a more narrow setting or don’t have access to the communications vehicle that we do.”

“I think with that comes a certain amount of responsibility. To try and talk about things that matter to the country and that matters to people – in a way that’s different than when we’re talking to folks about what they should do with their money.”