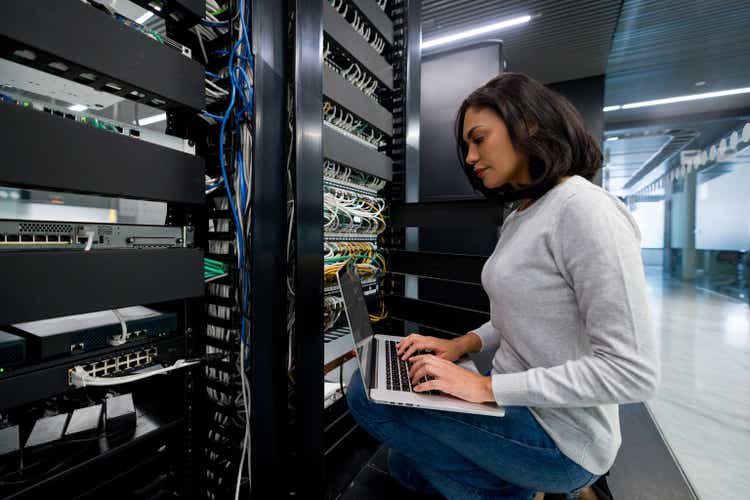 We live in a high velocity connected digital world, our expectations of digital technology have never been higher and we expect things to just “work”. But what about when things go wrong? Well that is why we need fantastic IT incident response and quick iterative software development. PagerDuty (NYSE: PD) is a leader in this industry and serves over one third of the Fortune 500. Example customers include Microsoft, Uber, Samsung, Slack, Costco, Mastercard, Cisco, BBC and many more.

The stock price went a momentum driven bull run in 2020 and increased by 260%. However, since the high inflation numbers were released in March 2021, it has nosedived by an eye-watering 54% along with many other growth stocks. The stock is now intrinsically undervalued and trading at the lowest valuation since the pandemic. Let’s dive into the Business Model, Financials and Valuation for the juicy details.

PagerDuty offers a Digital Operations Management suite which can be segmented into four many product lines; DevOps, AIOps, Process Automation and Business Operations. The Total Addressable Market across all four platforms comes in at a staggering $36 Billion.

The company’s flagship product is its IT Incident Response service which is primarily used in a DevOps software culture. You can think of “DevOps” simply as a combination of “Software Development” and “IT Operations”. A “DevOps” culture aims to bridge the gap between siloed teams to improve software reliability and speed of development. Below you can see an example of a PagerDuty Dashboard which enables “All Incidents” to be tracked and Alerts to be set up.

“Response plays” can even be setup which enables users to create responses to common bugs and issues, which is a major timesaver.

Teams can even customize how they want to handle incident response. For example, a team member can choose between multiple levels of escalation and the type of alert such as Phone Call, SMS, or push notification.

A key tenet of great SaaS platforms is the ability to integrate with other platforms. In this case, Pager Duty offers over 650 integrations across popular platforms such as Salesforce, AWS, ServiceNow, Zoom and much more.

PagerDuty generated strong earnings for the first quarter of 2023. Revenue was $85.4 million, up a rapid 34.3% year over year and beating analyst expectations.

This was driven by an increase in total paying customers to 15,040, up 7% from 13,918 customers in the same quarter last year. There was also a major increase in customers with annual recurring revenue of over $100,000. These high ticket customers increased to 655, up 43% from 458 in the same quarter last year. This is a testament to management’s “Land and Expand” strategy which focuses on using one of its four main product lines to “land” before up-selling extra offerings.

The Dollar Based Net Retention Rate also showed a nice increase of 5% YoY to 126%. This shows customers are finding the product “Sticky” and also spending more.

As a SaaS company, PagerDuty has a high gross margin of 82% which is fantastic. But the company is operating at a heavy loss of -38% or -$32 million. However, when I take a closer look at the income statement I can see the company invested $31 million into R&D during the quarter and thus without this investment they would be closer to “profitability” on a traditional basis.

On a Non-GAAP basis operating loss was just $2.3 million with a -2.7% margin. EPS Normalized was -$0.04 which is a loss but did beat analyst expectations.

PagerDuty has a strong balance sheet with cash, cash equivalents and current investments of $468 million and total debt of $307 million.

In order to value PagerDuty, I have plugged the latest financials into my advanced valuation model which uses the discounted cash flow method of valuation. I have forecasted 29% revenue growth for next year and 30% for the next two to five years, which is aligned with management guidance and analyst estimates.

I have also forecasted the company’s margins to gradually improve from -19% next year (including R&D Adjustment) to 22% over the next 7 years. The average operating margin for the software industry is 25% and thus I believe this to be achievable. In addition, I have capitalized the company’s R&D investments to increase the valuation accuracy.

Given these factors, I get a fair value of nearly $35/share, the stock is trading at ~$25 at the time of writing and thus is ~28% undervalued.

As an extra data point, PagerDuty trades at a Price to Sales (forward) ratio = 6.1, which is the cheapest level since the pandemic lows in March 2020.

Relative to other Enterprise SaaS platforms, PagerDuty trades at a mid range valuation (red line). It is cheaper than competitors Dynatrace (PS = 9) and Freshworks (PS = 7). But PagerDuty is more expensive than legacy enterprise platforms such as SAP (PS = 3.4).

Stock Based Compensation was $81 million in the trailing 12 months. This makes up approximately 27% of revenue and thus is substantial. Longer term Revenues will need to start increasing at a much faster rate than this expense, otherwise it will be difficult to achieve profitability. The good news is I believe stock based compensation is an essential part of employment in any technology company as it attracts the best talent and aligns the team.

Many analysts are forecasting a “shallow but long” recession, starting in the fourth quarter of 2022. Enterprises may decide to cut back or delay IT spending for the year due to increasing uncertainty. However, long term the trend is towards increasing IT spend across organizations.

PagerDuty is a fantastic company which truly is the gold standard for IT Incident response and related automation. The company has an elite list of customers and a $36 billion market opportunity. The recent pullback in share price now means this stock is intrinsically undervalued and thus could be a great option for the long term investor.