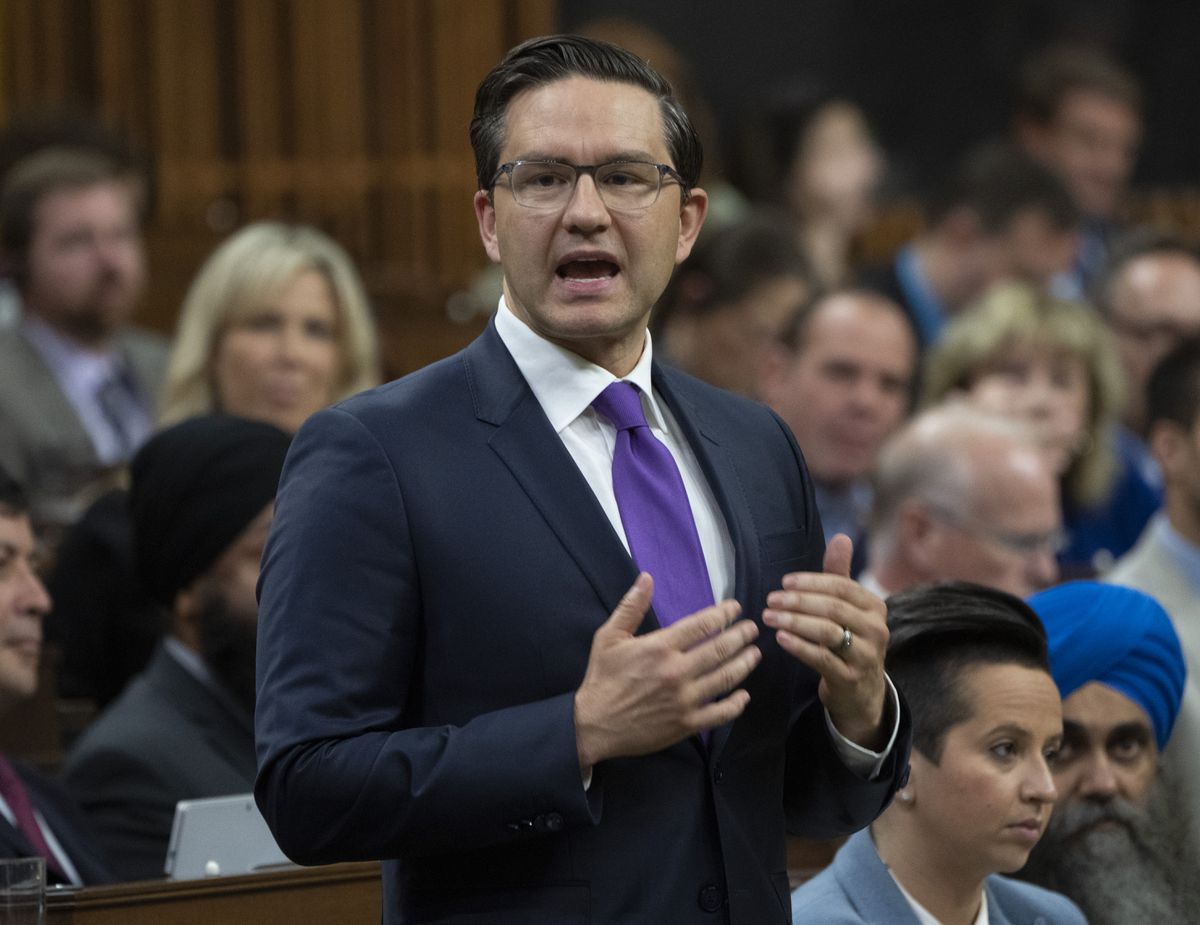 In his first opportunity to question Justin Trudeau since winning the Conservative Party leadership, Pierre Poilievre repeated his calls for a federal payroll tax freeze and chided the Prime Minister for choosing international travel over House of Commons attendance.

“It’s nice to see the Prime Minister here, visiting Canada,” Mr. Poilievre began. The Prime Minister has spent most of this week in New York for meetings of the United Nations, missing the first two days of regular sittings, which resumed Tuesday after the summer recess.

The Prime Minister began the week in London for the Queen’s funeral and he left on Saturday for a five-day trip to Japan to attend the funeral of former Japanese prime minister Shinzo Abe.

While it was Mr. Poilievre’s first chance to question Mr. Trudeau as Conservative Leader, the parliamentary scene had a sense of familiarity. mr. Poilievre has had many opportunities to question the Prime Minister in his previous capacity as his party’s finance critic.

Throughout this week, Liberals and Conservatives have been debating how Ottawa should respond to the affordability concerns facing Canadians in light of the current high levels of inflation.

The Liberals have countered with their own $4.6-billion affordability plan. It includes Bill C-30, which would allow the government to double low-income Canadians’ GST tax credit for six months, and Bill C-31, which provides payments for dental care to uninsured parents with children under 12 and also boosts rent supports .

The Liberals have argued that their plan is more effective because it targets lower-income Canadians who are most in need.

“Canadians cannot afford a bigger bite off their paycheques. Will the Prime Minister cancel his tax hikes on Canadian paycheques?” mr. Poilievre asked.

mr. Trudeau responded by pointing out that EI premiums were 20 percent higher in 2015 when Mr. Poilievre was the Conservative minister responsible for the program.

“On the issue of the CPP, we promised to be there for workers as they become seniors to help them with their retirements, and that is exactly what we did,” he said. “In regard to pricing pollution, we promised it would no longer be free to pollute anywhere in this country, and it no longer is.”

The tone of the exchange between the two party leaders was civil. mr. Poilievre only asked an opening round of questions, leaving other Conservative MPs to ask similar questions about the cost of living for the remainder of the roughly 45-minute Question Period.

Immediately after, both men were on their feet again for a special event recognizing the 50th anniversary of the 1972 Summit series. Surviving members of Canada’s hockey team – including Paul Henderson who scored the game-winning goal in the final game of the series – received standing ovations from MPs and were given seats on the floor of the House of Commons as Mr. Trudeau, Mr. Poilievre and others gave speeches in their honor.

The cost-of-living debate took a twist on Wednesday when the Conservatives said they “may” support Bill C-30 on the GST credit, but not Bill C-31. mr. Poilievre had previously dismissed the entire Liberal package, which was first announced by Mr. Trudeau last week.

During debate on Bill C-30, the GST credit bill, on Thursday afternoon, Conservative MP and finance critic Dan Albas said the Liberal plan came after a “summer of silence” as Canadians struggled with higher prices from inflation.

In a speech, he told MPs that while the Conservatives are concerned that the Liberals’ overall spending plan will make inflation worse, his party is prepared to support a “Band-Aid of a bill” that provides a short term benefit to people who receive the GST credit.

“Providing them some of the GST they have paid back to them at such a challenging time is something we as the Official Opposition will support,” he said. “I think we all need to be critically aware of those who are still suffering and will not be helped by this bill.”