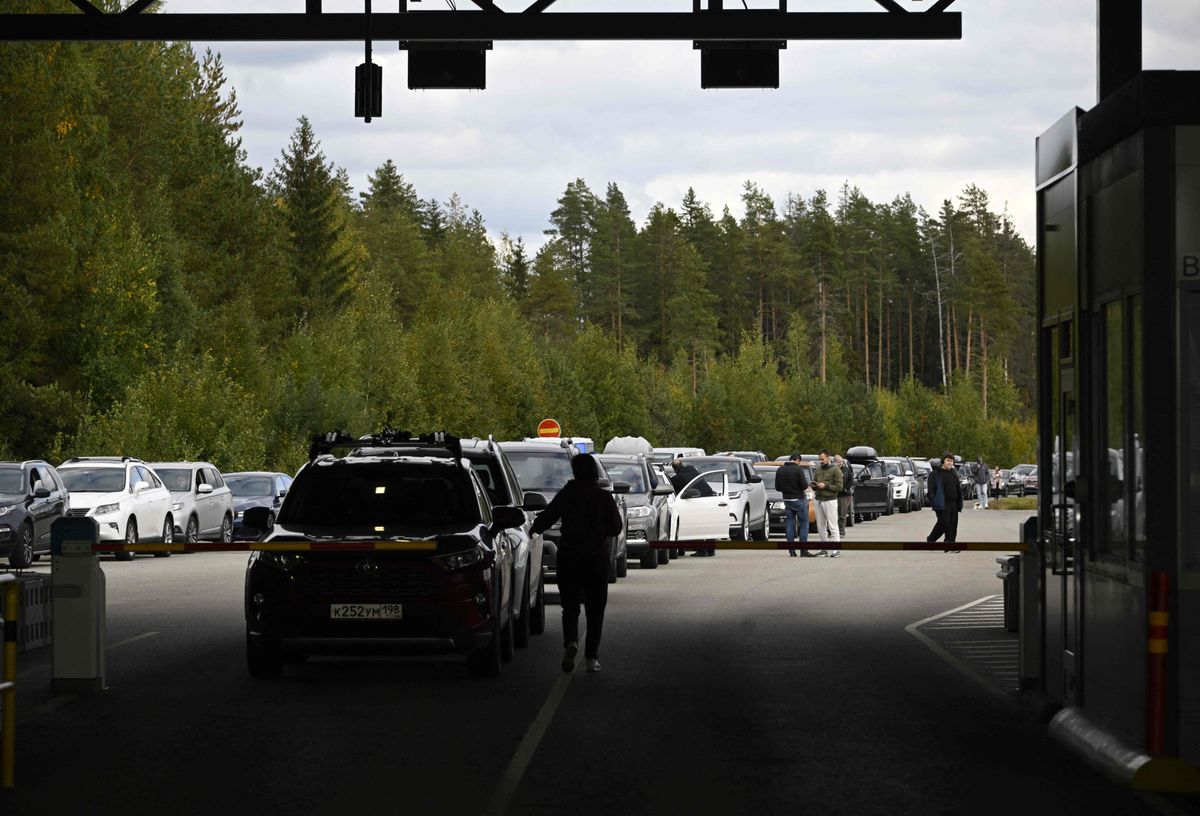 Ms. Burakova runs a charity based in Georgia called Ark, which provides a range of services for Russians trying to leave the country. Within hours of Mr. Putin’s announcement she’d received 3,000 calls for help and expects many more this week.

“I can compare the panic with the panic which was in the beginning of the war,” she said in an interview.

Defense Minister Sergey Shoigu said Wednesday that Russia initially planned to call up 300,000 reservists with previous combat experience. But a decree posted on the Kremlin’s official website put no cap on the number of men who could be conscripted to fight, and the Novaya Gazeta, an independent Russian media outlet operating in exile, quoted a source in the presidential administration who said the real mobilization target was one million new soldiers.

While Mr. Putin said students “can keep going to class,” it’s unclear how Russia can maintain that exemption or who else will not be required to serve. (Women are exempt from conscription in Russia.)

The fear and uncertainty has sent Russians scrambling to find a way out of the country. “Of course, everyone’s scared,” said Egor Kuroptev, the director of the Free Russia Foundation in South Caucasus, which is also based in Georgia. “No one wants to go and die there.”

mr. Kuroptev’s organization has been receiving hundreds of calls from Russians since the mobilization announcement. While his group usually deals with political dissidents and journalists, he’s now getting requests from ordinary people who are desperate to get out.

“They are scared, they don’t have money, they don’t know how to leave or where to go,” he said. “They have no idea what they will do if they leave. This is another story. You can find some money for a bus, but where will you live?”

Leaving Russia is getting harder, though. Flights to the few destinations still open to Russian travelers – such as Turkey, Armenia and Dubai – have been snapped up, and prices for whatever may be left have soared.

On the Turkish Airlines website Thursday, there were no tickets available from Moscow to Istanbul until Tuesday. One business-class seat was priced at US$4,000. On the website of Russia’s Aeroflot, tickets to Turkey and Armenia were sold out for the next five days. The earliest available flight to Dubai was Sept. 30.

The cost of a one-way flight from Moscow to Yerevan, the capital of Armenia, had jumped from US$269 to US$2,060 within an hour of Mr. Putin’s address, Mr. Kuroptev said. It’s still possible to buy bus tickets and cross at Russia’s borders with Georgia and some other countries, he said, but wait times are much longer than usual.

Another concern is that Russia may ban adult men from leaving the country or even their local communities. In Tatarstan, the local government posted an order that “officers, warrant officers, midshipmen, sergeants, foremen, soldiers and sailors of the reserve” were temporarily prohibited from leaving their cities of residence. There have been reports that military officials in at least three other Russian regions have issued similar orders.

“What I advise people for now is to leave as soon as you can, ASAP, and make your family leave even if they think that they can do it later,” said Varvara Magomedova, who works with Russian refugees in Poland. “The only thing I care about now is to get out of Russia as many guys as I can.”

Ms. Magomedova said one option has been to head to Belarus, which does not require a visa, then to try to move on to another country. It’s also “a little bit easier to hide in Belarus than in Russia,” she added.

Even if people can make it out of Russia, finding a place to settle is difficult. Several European countries, including the Baltic states, have said that draft evasion would not be sufficient grounds to claim refugee status. Ms. Magomedova and other groups have been petitioning countries to issue humanitarian visas to Russians, but that too has not been widely accepted.

The first videos have emerged from Russia of men being mobilized for war and suggest that mobilization is proceeding faster in places such as Buyatia, in the Far East, and Chechnya, in the south – regions inhabited mostly by ethnic minorities. In the city of Neryungri, women held children in their arms and wiped away tears as men carrying backpacks clambered silently onto a trio of buses outside the local sports stadium. Similar footage was posted from towns and cities across the vast country.

Other videos posted to social media show long lines of cars at crossings to Georgia and Mongolia, two of the few countries whose borders with Russia remain open.

Small anti-conscription protests in more than 20 cities across Russia were quickly suppressed by riot police Wednesday night. OVD-Info, an NGO that monitors political repression in Russia, said 1,312 people had been detained at the demonstrations.

On Thursday, OVD-Info said it had received reports that at least 15 detainees in Moscow and one in Voronezh had been handed draft notices while behind bars.

Vesna, the youth group that organized the Wednesday protests, called on Russians to take to the streets again on Saturday. In a Telegram post, the group played up the fact that the words “mobilization” and “graves” sound alike in Russian. “The whole country is our ally! No graves! Life for our children! Putin – resign!”

Even Russians who have decided to stay are anxious, hoping they don’t qualify for conscription.

“It’s absolutely crazy! Families are breaking,” said a 41-year-old man whom The Globe and Mail is not identifying because he could face repercussions for speaking about the mobilization process. “There are cases when Russians are getting divorced because the wife supports [the war] but the husband doesn’t.”

On Thursday, former Russian president Dmitry Medvedev, now the deputy head of the country’s Security Council, made it clear that Russia intends to annex the Ukrainian regions of Donetsk, Luhansk, Kherson and Zaporizhzhia after a series of stage-managed referendums scheduled for Sept. 23 to 27. After that, he said, Russia will be willing to use “any Russian weapons, including strategic nuclear weapons,” to defend its new territory.

“The Western establishment and, in general, all citizens of the NATO countries need to understand that Russia has chosen its own path,” Mr. Medvedev wrote on his Telegram channel. “There is no way back.” Generation Greta is growing up — and they’re angry