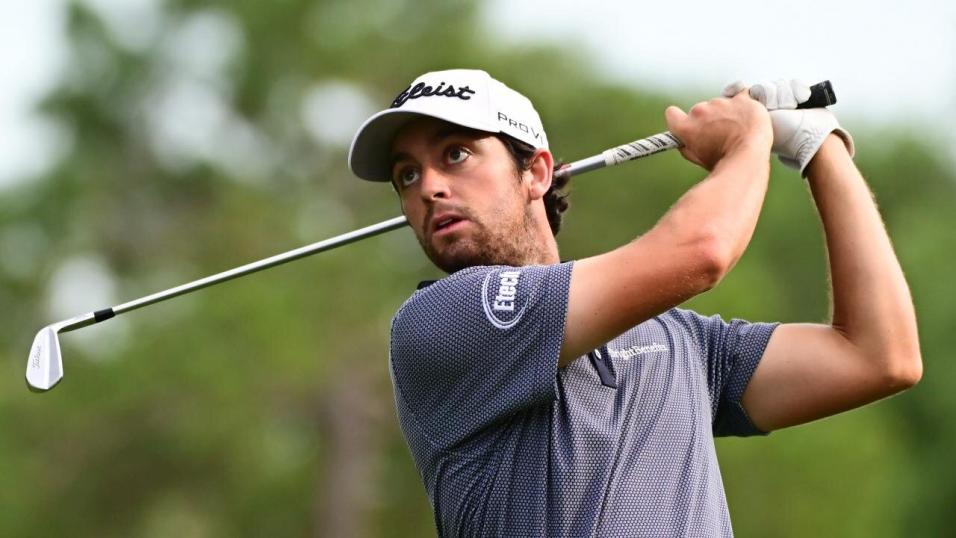 Sepp Straka (tied third) gave us a nice 100/1 each-way return at Hilton Head last time although it could have been the jackpot had he birdied rather than bogeyed the final hole.

Those are the margins and, after sitting out last week’s pairs event in New Orleans, let’s hope things fall our way in this new tournament on the PGA Tour.

The Mexico Open at Vidanta takes place around a mile away from the coast so the first thing to note is that the venue is not high up in the mountains. That was the deal at Chapultepec which staged the WGC-Mexico Championship where the 7,000 feet of altitude meant the ball flew further and players had to pick funky clubs.

Vidanta Vallarta is a Greg Norman design with its own quirk: five par threes with four of them playing over water. With the standard four par 5s (three on the back nine) that means par is 71 on a course that plays 7,456 yards from the tips.

With lots of water in play and over 100 bunkers, there’s an emphasis on strong driving so, once more, we see an example of a course where the designer wants to test and reward players in an area where he excelled.

The other buzzword is Paspalum. Those are the putting surfaces here so it’s a shame Viktor Hovland isn’t playing given that he’s won twice on those greens in Mexico’s other tournament, the Mayakoba Classicand again in Puerto Rico.

My best guess this week is that we’re looking for ball-strikers and who should we find top of that category which is a measure of Total Driving and Greens In Regulation? Yep, tournament favorite Jon Rahm.

Rahm is just 4/1 to get it done which looks way too short although he’s bullied weak fields like this before. Thankfully this is an each-way preview so he’s not on the radar at that price.

At 38th on the Ball-Striking stats is Davis Riley and he takes my interest at 50/1.

He hit the headlines at the Valspar Championship last month when having a great chance to win before finishing runner-up.

There was much talk then of how good a player he could become but it wasn’t the biggest surprise that Riley took an immediate dip after that near miss with tied 63rd in the Texas Open and a missed cut (by a distance) at the RBC Heritage.

But at last week’s Zurich Classic of New Orleans, Riley teamed up with his good buddy Will Zalatoris to finish in a tie for fourth.

The duo shot the low round of the day in the closing foursomes suggesting some fine golf was played by both and hopefully Riley can use that as a springboard for a big week here.

Also tied seventh at the Bermuda Championship and tied 20th at the Sony Open this season, Riley has some good results near the coast and the expected wind this week won’t be a problem.

With Riley, it seems a case of catching him right. I’m hoping the 50s in a weak field like this is that precise time.

I’m going to make Anirban Lahiri my next pick at 66/1.

The Indian star seems fairly partial to a Greg Norman design and has finished fifth (2021) and 13th (2022) in the last two editions of the Texas Open held at TPC San Antonio.

Lahiri has made all four cuts at Mayakoba and that includes 10th in 2018 and 14th in 2017. He was also fifth at halfway in the latest edition back in November before fading on the weekend.

Prior to his 13th at the Texas Open, Lahiri produced his best-ever performance on the PGA Tour when finishing runner-up at The Players Championship after shooting 67-69 on the weekend with the pressure on.

Lahiri also revealed at TPC Sawgrass that he’d got back into meditating a lot, a practice that helps him stay in the moment.

It’s something that he’s done since the age of 17 but in recent times has been “guilty of going away from it”.

He’s clearly in a good place and going through his record shows other strong results by the coast such as sixth at the 2020 Corales Puntacana and 11th in the 2020 Bermuda Championship.

Given the putting surfaces this week, Lahiri also came out with an interesting line when interviewed at the Mayakoba.

“I grew up playing paspalum. Yeah, I’ve always played well on paspalum. I’ve won events on paspalum, including paspalum greens, and I think now this [Mayakoba] is the only one that’s left because TPC KL has also switched and I don’t know if they’re going to go back.

“So this is something that I look forward to because I like playing on these grasses.”

That mention of TPC KL refers to Kuala Lumpur. Lahiri won the 2015 Malaysian Open there and was third and 10th when it staged the PGA Tour’s CIMB Classic.

I looked at a few further down the betting such as Emiliano Grillo at 100s, Rafa Cabrera Bello at 100s and Hayden Buckley at 150s.

But I’m going to play the ‘Mexican local ‘card for my final bet and go with 50/1 Carlos Ortiz.

On bare form, there’s not a lot to like as he’s missed his last four cuts.

Ortiz was way off at Bay Hill when firing 77-80 but 71-70 at the Valspar wasn’t too shabby and he had positive Strokes Gained figures for Off The Tee, Approach and Tee To Green.

In other words, his form isn’t that bad and, if that’s the case, he’s worth a look in any event played on home Mexican soil.

Ortiz is a two-time runner-up at Mayakoba (Greg Norman design with Paspalum greens let’s not forget) and the second of those came as recently as November.

His form at El Camaleon is 2-8-2 in the last three editions and during that run Ortiz also took on a world-class field at the 2020 WGC-Mexico Championship and finished tied 16th.

He was just two behind Abraham Ancer there and he’s beaten his countryman in the last three runnings at Mayakoba: 2-8-2 at 7-12-8.

Ancer is obviously the better player over a season but for these one-off weeks on home soil, Ortiz really does fight his heart out in front of his home Mexican fans.

Ortiz is an ambassador to Vidanta Resorts so we can presume he knows this course well and it should be one that suits him.

Ancer is just 14s but Ortiz is 50s and that’s a playable each-way price.