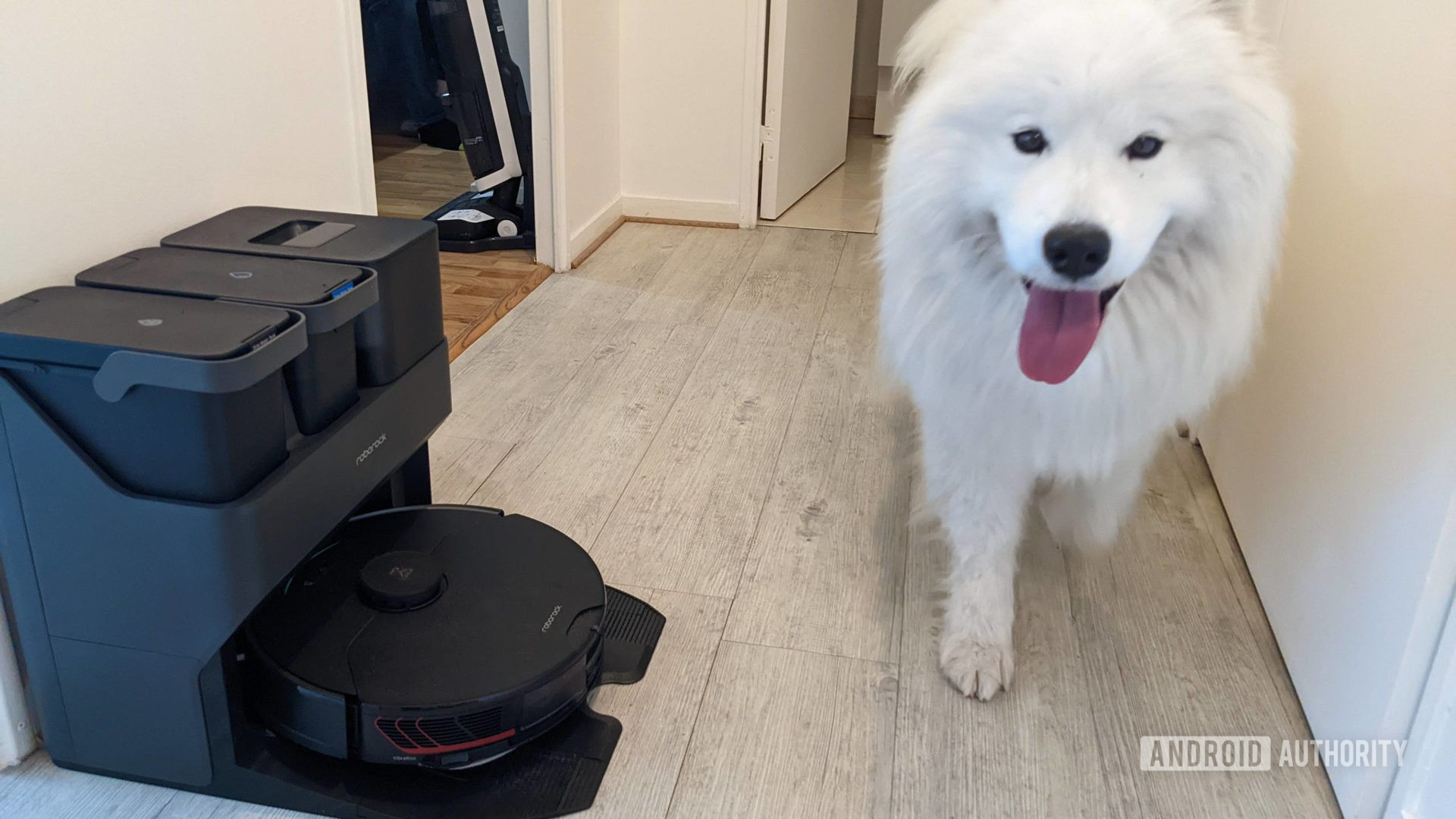 In my fifteen years as a tech reviewer, I have rarely tested a product that has actually positively changed my life. Something I’d go and buy again if I didn’t have it anymore. But there are always outliers. Synology’s NAS drives are one of them, Nuki smart locks for European locks are another, and now the exorbitantly expensive Roborock S7 MaxV Ultra is joining this very elite list.

Why? Because it has taught me that having a robot vacuum at home is a game-changer, and having one that’s so advanced makes me feel like I’m living in the future. Is it perfect? Oh, far from it, but it’s a fantastic showcase of where this tech is now, and it has erased about 95% of the hassle of floor cleaning — an unquestionable win in my book.

In search of cleaner floors

Back when I lived in Lebanon, I used to have a Dyson V8 vacuum that I vacuumed everywhere in my 1,400sqft apartment. It did the job, but it became tiring after about 10 or 15 minutes and I had to change the rolling head between carpets and tile floors. For that reason, I vacuumed the most-used areas daily but did the other rooms every two to three days. Mopping was a weekly occurrence, but with a regular handle and bucket, it felt very “Mop 1.0.”

When we moved to France, a friend recommended a Tineco Floor One S3 ($400 on Amazon), which is sort of like a Dyson, but it mops too. Excellent on paper, not so practical in reality. Don’t get me wrong, the Tineco cleans. It really cleans. Even exploded raw eggs with their shells, or soda, or juice, or sauced-up pasta. You name a gooey, yucky thing, it’ll gobble it up in four or five goes and leave a shiny clean floor. Seriously, seeing it in action is magical.

From Dyson to Tineco, floor cleaning was often a time and energy sink.

But the Tineco is heavy (the water’s weight plays a role, obviously), is not as easy to maneuver around corners and angles as a Dyson, and is almost impossible to get under any furniture. Daily maintenance is annoying too. Do you know the meme about you becoming the vacuum cleaner when you clean a vacuum? Yes, that, every day. You have to throw out the dirty water and remove hair and random things that get stuck on all the small pieces of the water tank. And you have to remove the brush or it’ll soak in water and develop a bad smell. Every couple of weeks, a deeper cleaning of the brushes and tanks is necessary. When all is said and done, an old-school mop bucket is “nicer” to maintain.

And this is why I ended up mopping less often than I wanted. The time-consuming ordeal meant that my apartment’s floors were clean once or twice a week, and a little dusty all the other days.

When I got the Roborock S7 MaxV Ultra, I had high hopes, but also a lot of apprehensions. I knew robot vacuums weren’t all that smart, yet. They still require room prep before you run them, they’re fine for vacuuming but no match for a regular mop, they often get stuck and require saving, and so on. I’d read and heard all the stories, but I felt the tech was getting close and it was time I trusted my floors to a robot. The result?

My apartment’s floors are constantly clean without any daily effort.

It’s the constantly-clean bit that first won me over, then the low maintenance sealed the deal. The fact that the S7 MaxV with its Ultra dock does the job every day without requiring any effort on my end (besides lifting a cable and a floor mat) is a life-changing perk.

A modern autonomous robot vacuum is a fantastic, life-changing indulgence.

Yes, this is unashamedly lazy and indulgent, but I have better things to do with my time.

So for the past six months, I didn’t have to drag around a vacuum, mop, or bucket, and spend thirty to sixty minutes every day making sure the floors were clean. I didn’t need to deal with dirty water and wet, stuck hair. I could just go on my morning walk and return to an already-clean apartment. Even after dogsitting a fluffy Samoyed for 10 days, the floors were furless. A close inspection only revealed some dry fur stuck between the robot’s wheels and around the brush. Five minutes — that’s all it took to get the Roborock sorted and back in its dock. How utterly cool is that?

Do you know what the dirtiest part of a home with a robot vacuum is? The top of the robot vacuum itself. And its dock. A silly remark, but a true one nonetheless. These things can clean everything except their top part and dock, which eagerly accumulate dust. So every few days, you have to wipe those.

Other weak spots besides the loose-end cable and thin bathroom mat include the inability to vacuum large-ish fallen food pieces. I once dropped a biscuit in the living room, picked it up, and didn’t realize that part of it had split off and slid under the couch. Over the next two days, the vacuum dragged out two biscuit pieces as it was cleaned. Luckily, it left them in plain sight for me to pick up.

Then there are the areas a robot vacuum can’t reach by design, like the spot behind an open bedroom or kitchen door, the small nooks around or behind a toilet seat, and the space between a chair’s legs (depending on how wide they are). Those will need manual cleaning every now and then.

A robot vacuum can clean everything except its top part, large food items, and behind closed or open doors.

However, I think my biggest problem with robot vacuums now is that their mopping function is still pretty weak. Even in the most vigorous mode, they just don’t remove twelve-hour-old kitchen floor stains. I have to start the vacuum immediately after cooking dinner or risk it doing a subpar job the next morning. Plus, I’ve already run into a few situations, especially when I was dogsitting a BARF-fed dog, where I knew that manually mopping with the Tineco was a far better bet than telling the Roborock to clean. A few passes are all it takes for Tineco to dislodge the biggest and most encrusted messes, while a robot vacuum would likely avoid them or drag them around.

Moving on to more metaphorical blind spots, I am slightly annoyed by the lack of full Google Assistant control. I can issue commands to clean the entire house or one room, but I can’t specify the mode. If I say “clean,” “vacuum,” or “mop,” the result is the same: it will both vacuum and mop. I can also start or stop cleaning with a voice command, but not pause or resume it. I believe the issue is with Google Assistant not supporting different modes and pauses, so this isn’t on Roborock per se, but it’s something to keep in mind. The app has all these features; I just need my phone to use it. But I don’t always have my phone in my hand when I’m home, so using more granular voice commands would be welcome (in case any Googler is reading this).

And finally, my personal blind spot in regards to robot vacuums was that I didn’t factor in some running costs. They’re not much, but you still need to change vacuum bags every couple of months, and some other pieces (roller brush, filter, side brush, mop pad) less frequently. Those can run you between $30 and $50 annually.

A successful experiment, but only with high-end robot vacuums

If you’re on the fence about getting a high-end robot vacuum, I can wholeheartedly recommend the Roborock S7 MaxV Ultra, or even the base model Roborock S7. It is expensive as heck, but worth every penny. (Oh, I wish some company made robots like these that flew around the house and dusted furniture too.)

But if you’re on a limited budget and are still interested, I’d tell you to get a vacuum-only robot without any mopping ability. Trust me, don’t be tempted by the mop. For the results you get, it is not worth the hassle. Cheap mopping robots don’t scrub as strongly, and even the strongest ones are no match for a regular mop. Budget options don’t have auto-lifting mops to avoid carpets, don’t fill their water tanks automatically, and don’t clean their mop when they’re done either. You’ll have to do a lot of maintenance for a subpar mopping result. Save a few bucks and get a great vacuum-only unit — or splurge on the auto-empty dock instead of the mop. Dollars for convenience, your money is better spent there.

If you have the budget, a high-end robot vacuum and mop is the way to go. If not, stick to a vacuum-only robot.

Personally, I can’t imagine going back to life without a robot vacuum. From now on, this is the base set of features I will look for: room mapping, a camera for obstacle detection, an auto-rising mop for carpets (I won’t manually install and remove the mop, no sir), and a dock that auto-empties, fills the water compartment, and cleans the mop. Basically, everything the Roborock S7 MaxV and its Ultra dock provide. And the best part is that the technology will only get better and cheaper from here.

Have you used a robot vacuum before? 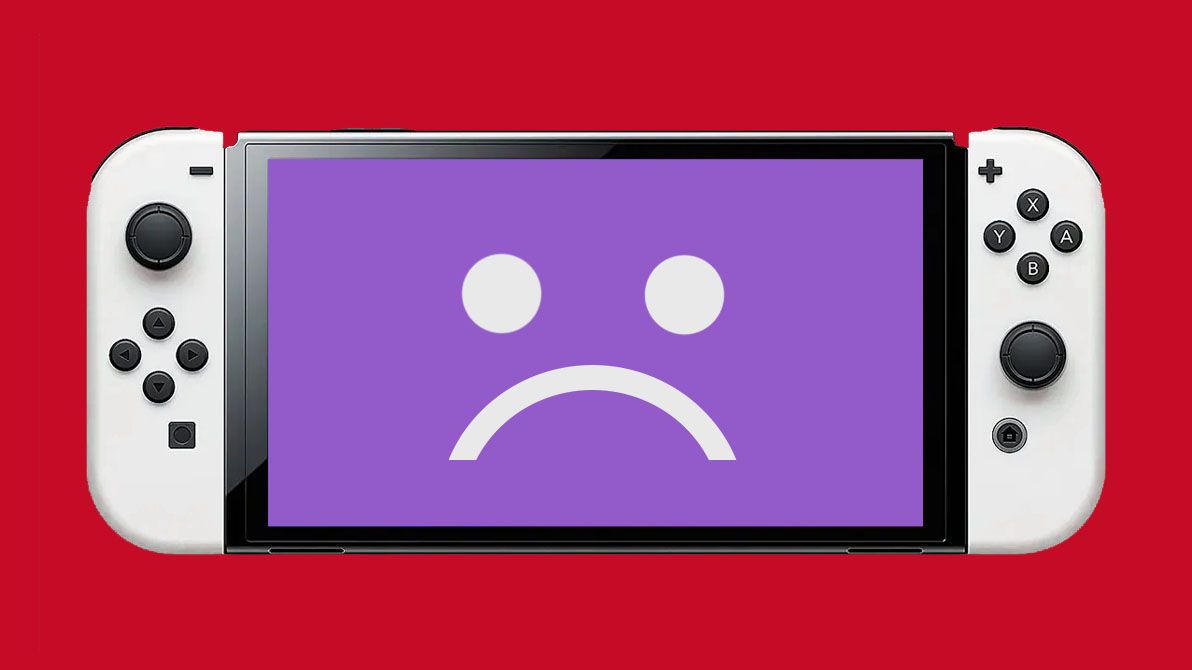 Nintendo recap: The GTA 6 leak not only hurts the gaming industry but fans too 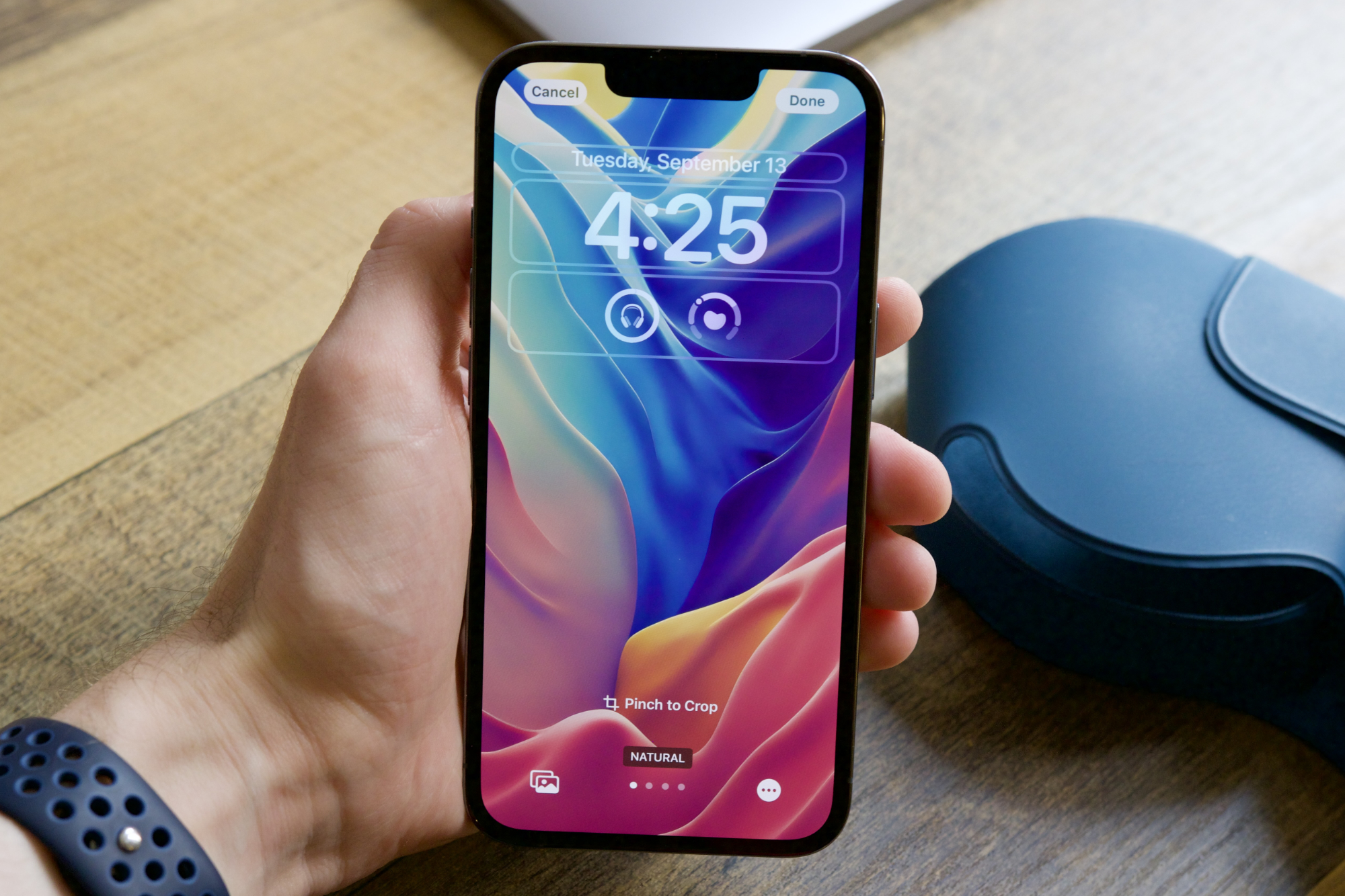 How to set a different home screen wallpaper on iOS 16