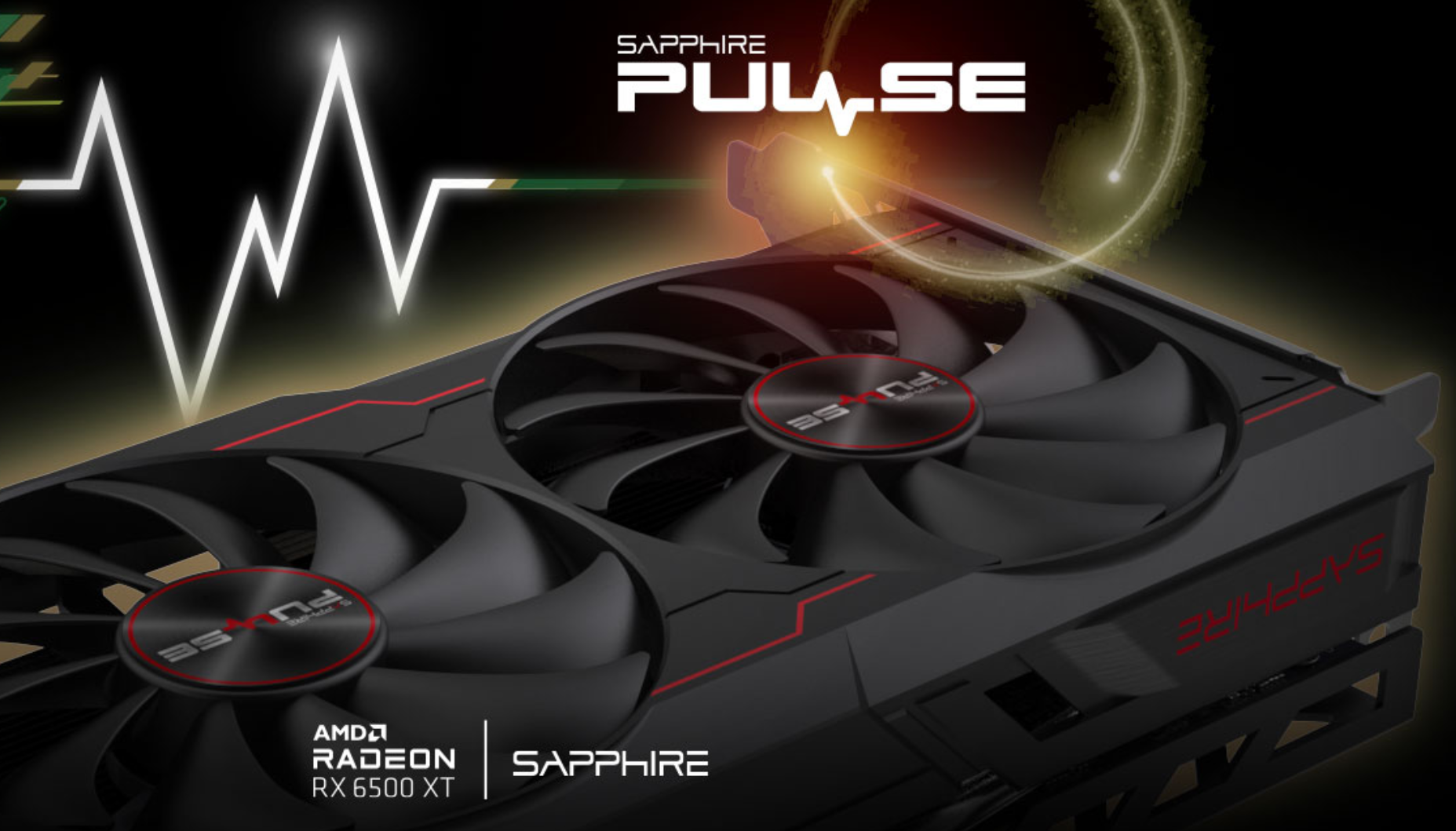 Sapphire has become the first manufacturer to officially introduce an 8 GB variant of the AMD Radeon RX 6500 XT graphics card.

Sapphire announced the latest graphics card on it Twitter feed in the PULSE variation which rocks a custom design with a dual-slot and dual-fan cooler. The AMD Radeon RX 6500 XT launched in the 4 GB GDDR6 flavors first but now, AIBs have been given the greenlight to launch 8 GB flavors too.

Internally known as ‘Beige Goby’, the AMD Navi 24 GPU featured on the Radeon RX 6500 XT graphics card is the smallest of the RDNA 2 lineup and features a single SDMA engine. The chip rocks feature 2 shader arrays for a total of 8 WGPs and a maximum of 16 Compute Units. The Radeon RX 6500 XT features 1024 cores although it is not the most entry-level GPU SKU within the RDNA 2 family as that title belongs to the Radeon RX 6400.

In addition to the number of cores, each shader array would feature 128 KB of L1 cache, 1 MB of L2 cache and there would also be 16 MB of Infinity Cache (LLC). The AMD Navi 24 RDNA 2 GPU for the Radeon RX 6500 XT graphics card comes with a 64-bit bus interface. The card will feature an 18 Gbps memory clock for a total bandwidth of 144 GB/s and an effective bandwidth (with Infinity Cache) of 232 GB/s.

The Sapphire Radeon RX 6500 XT PULSE graphics card is now available in both 8 GB and 4 GB variants. Both models come with a 130W TBP which is 23W higher than the official TBP of 107 Watts. There’s no word on pricing but the 8 GB model should end up close to the $200 US figure considering the RX 6500 XT 4 GB models go for well below $200 US nowadays. In terms of GPU performance, we don’t expect any major differences coming in from the extra VRAM, but the clock speed uplift will lead to slightly better overall performance.