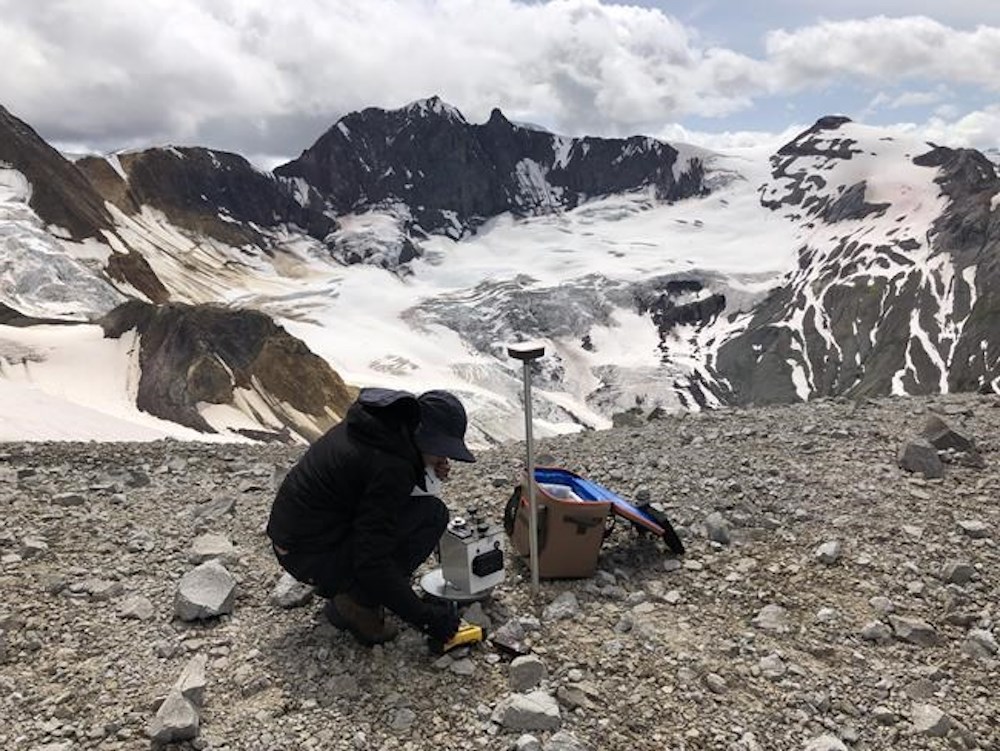 Scientists are planning a “CAT scan” of a British Columbia volcano to help harness the underground heat that turns rock into magma for renewable energy.

Scientists are planning a “CAT scan” of a British Columbia volcano to help harness the underground heat that turns rock into magma for renewable energy.

“Canadians are often surprised to know there’s volcanoes in the country,” said Steve Grasby, a geologist with Natural Resources Canada. “But there are active volcanoes.”

Grasby and his colleagues are headed about 24 kilometers west of Whistler, BC, to Mount Cayley, part of the same mountain chain as well-known volcanic peaks such as Mount St. Helens in Washington State.

Cayley’s last lava flow was back in the 1700s, but plenty of heat remains. At nearby Mount Meager, a well drilled in the 1970s showed temperatures of 250 C at 1.5 kilometers depth.

That much heat at such a relatively shallow depth is a great opportunity for geothermal energy, said Grasby. For comparison, underground temperatures in Alberta — where some see geothermal potential in the energy wells dotting the province — only rise by 50 C for every kilometer of depth.

“In terms of temperature, it’s a world-class resource,” Grasby said.

But how do you tap it?

Geothermal plants generate power through the heat contained in underground water. Their success depends on sinking wells in just the right place to find the most water at the highest temperatures.

Grasby said because the work is so expensive, geothermal drillers need a 50 percent success rate to be viable. Oil and gas drillers, he said, only need to be right one time out of seven.

He and his colleagues are trying to find ways to help drillers improve their hit rate by building a 3-D map of Cayley’s innards — without using traditional tools such as seismic lines.

Part of the map will be drawn through basic geology. The team will analyze which rock types are present to find out how permeable or porous they are, or locating and diagramming fault systems that may hold hot water.

“We have to go all around the volcano, so you’re looking into it from all these different angles,” Grasby said.

“You can start to develop a 3-D image of what’s underground. By collecting these observations all around the volcano, you can start to see there’s a magma chamber at 10 kilometers depth or a hot fluid-filled reservoir at two kilometers.

That alpine scan could be used by drillers to determine exactly where to position themselves to get to the best heat resources.

“Our goal is to reduce that exploration risk,” Grasby said. “You can’t afford to drill a lot of dry holes.”

Companies in Saskatchewan and BC have drilled wells and a couple more have plans. Alberta has recently joined BC in developing a regulatory regime for geothermal development.

But no geothermal wells are yet producing energy, making Canada the only country in the Pacific Rim of Fire not to do so.

The energy source could be a significant zero-carbon contributor to Canada’s energy needs, Grasby said.

“Until someone sees a producing geothermal well, it’s hard to believe it could be true. You need to see that first one,” he said.

“It’s not going to be the saving grace, but geothermal could be a big contributor, that’s for sure.”

This report by The Canadian Press was first published Aug. 21, 2022.