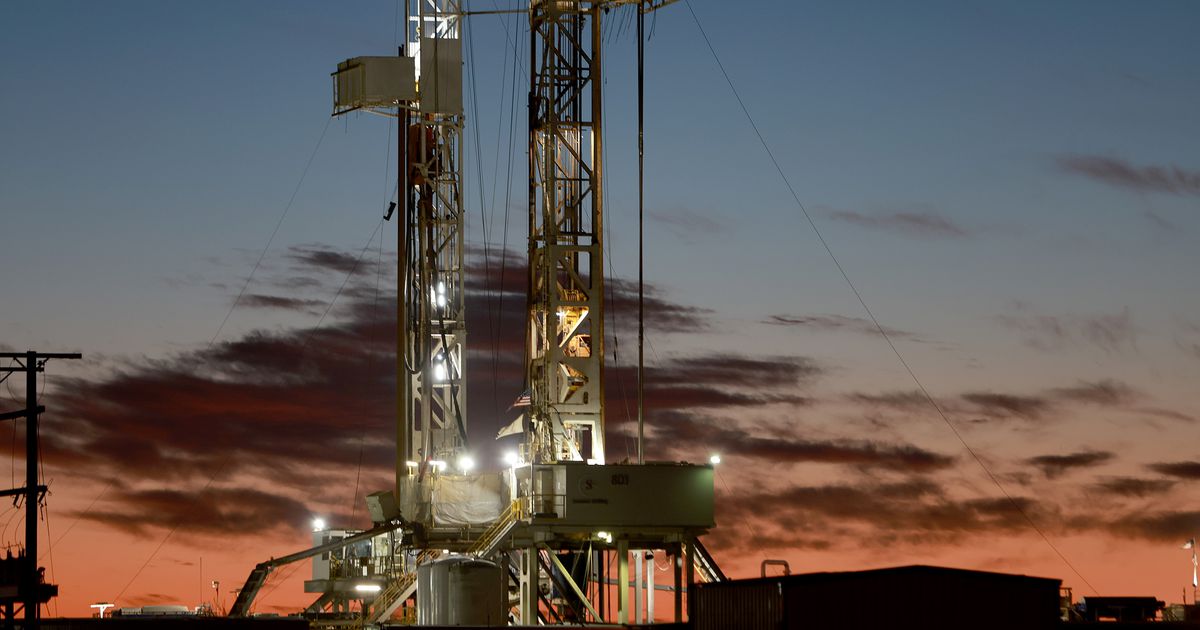 The Texas Squeeze: A series examining the high cost of high growth in North Texas.

In the Texas oil patch, average pay has always been higher than in most industries, and it’s apparently rising fast, according to a June energy survey by the Federal Reserve Bank of Dallas.

That’s just one anecdote, a single data point. But it was striking enough to be included in the Federal Reserve’s recent Beige Book, a periodic summary of economic conditions around the country based on anecdotal information from key business contacts and other sources.

More than 130 oil and gas firms responded to the Dallas Fed’s energy survey from June 8-16. They reported a robust increase in oil and gas activity in the second quarter, sending the survey’s business activity index to a record high.

Over the same time, the index of input costs also reached a record high in the survey’s six-year history. Costs have been rising for six straight quarters, which isn’t surprising when pay increases are surging by double digits.

“It’s a high rate, but the oil and gas industry will generally pay what it has to,” said Bruce Bullock, director of the Maguire Energy Institute at Southern Methodist University.

The oil and gas business has not recovered all the jobs lost during the pandemic, although it has added over 26,000 employees in Texas in the 12 months ended in May. And the industry’s unemployment rate has fallen sharply — from 15% in March 2021 to 1.6% last month, not seasonally adjusted.

The comparable US unemployment rate fell from 6.2% to 3.8% over the same period. That means oil and gas firms face a tougher labor market than most, and nearly two-thirds told the Dallas Fed they had a shortage of workers.

The oil patch is known for its boom-and-bust cycles, and it is often vulnerable to disruptions from global events, such as Russia’s invasion of Ukraine. Employers have always had to pony up to recruit people, and that’s happening again.

“When you have an industry that is [this] cyclical, it makes it difficult at times to meet the workforce demands,” said Todd Staples, president of the Texas Oil and Gas Association. “But that’s why the pay is very lucrative — to attract individuals to this industry.”

In the fourth quarter of 2021, the average pay was nearly $2,100 a week for Texans in support roles for oil and gas. The category includes many field workers, such as roustabouts and derrick and drill operators.

They earn nearly 50% more than the average for all industries in Texas, $1,405 a week, according to the quarterly census of wages by the US Bureau of Labor Statistics.

Another job category, known as oil and gas extraction, includes petroleum engineers, geoscientists and operators of pump systems and refineries. The average pay for those Texas workers was nearly $4,000 a week, among the highest in the state.

Several industries have struggled to lure back employees since the pandemic. Staples said rising commodity prices, which are driving up the cost of gasoline and electricity for consumers, are helping oil and gas companies ramp up employment and production.

“Higher prices are enabling companies to pay more to get more workers,” Staples said, and that’s important when people work outside in triple-digit heat and often commute long distances to the job site. “Companies are working hard to reward them for their efforts.”

Oil and gas firms often compete against construction companies and manufacturers, which are also bidding for those who can handle physical workloads. In the past year, unemployment rates declined significantly in construction and manufacturing — further evidence of a tight labor market.

Oil and gas still has a lower unemployment rate. But SMU’s Bullock said technology and automation have greatly improved productivity at the well site, enabling crews to do more with less.

“They can afford to pay more because it’s for fewer people,” Bullock said.

One analyst said the industry may never recover all of its lost jobs, in part because it has been through so many booms and busts that workers are turning away for good.

“The pattern is similar to what happened in the 1980s,” said Trey Cowan, an oil and gas analyst at the Institute for Energy Economics and Financial Analysis, a nonprofit research firm that focuses on renewable energy.

Over 40 years ago, oil companies ramped up hiring and production to new heights before the industry went bust. Midway through the 1980s, after some improvement, the business crashed again.

In the past decade, there were deep job cuts in 2015 and 2016 before the industry started to recover. Then it got walloped around the pandemic, and firms have struggled to win back workers, Cowan said.

He recently published a report suggesting that oil and gas employment may have plateaued.

“The industry has got a negative shadow on it,” Cowan said. “I think the attitude has shifted quite a bit.”

People who land oilfield jobs want to keep them, he said, because they pay so well: “It’s just that attrition happens with these cycles.”

Veterans of the oil and gas business realize it’s cyclical and take steps to cope, Bullock said. That may include having to work in a warehouse when the industry goes south — with the intention of returning later.

“They’re gonna get the money while the gettin’ good,” Bullock said. “They recognize this won’t be a 20-year job.”

An upside to high energy prices? Texas racks up record tax revenue from the oil patch
Why Texas frackers won’t be riding to the rescue: It’s profit-taking time