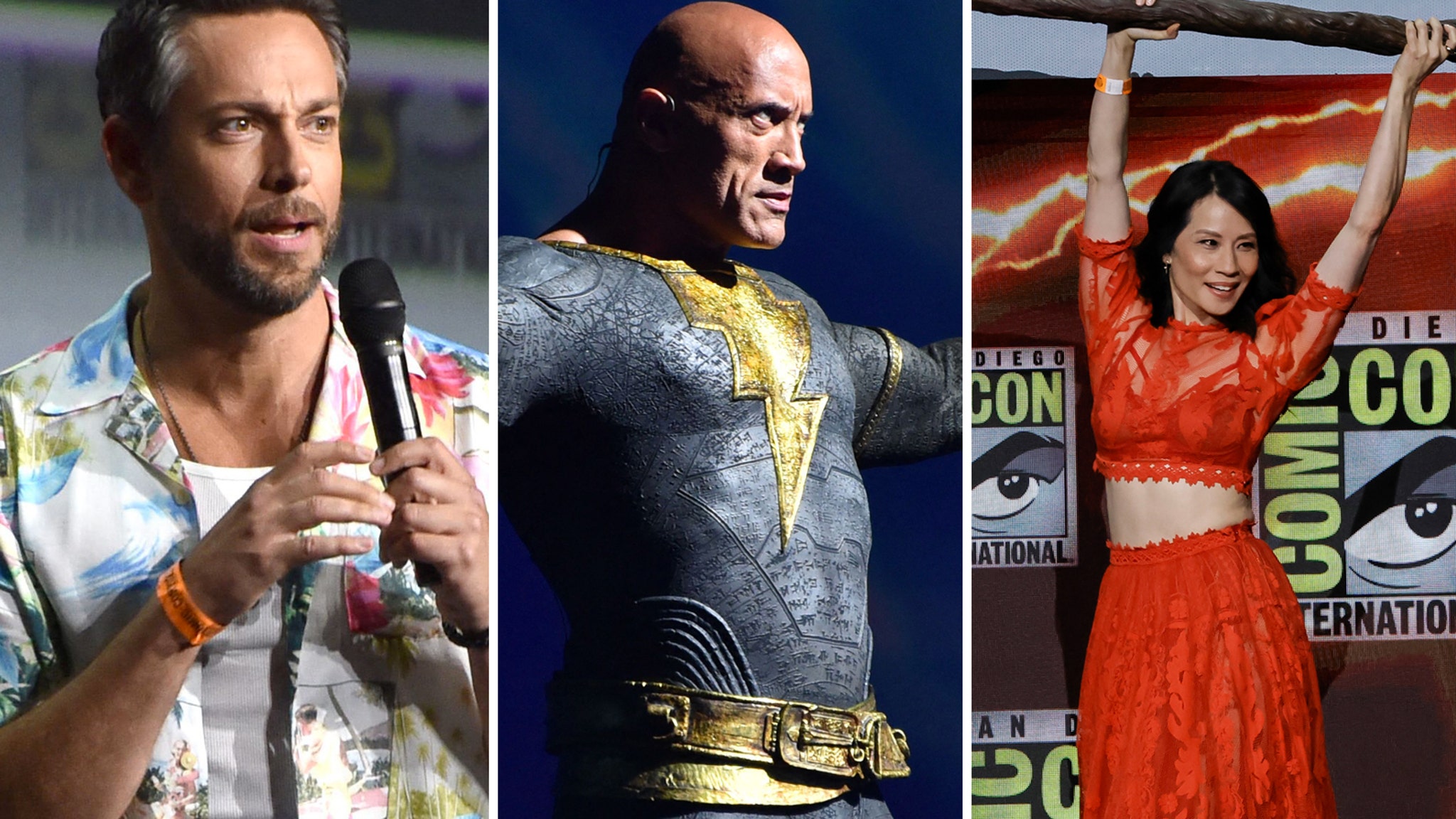 So … were those Henry Cavill rumors true?

Warner Bros. kicked off Saturday with a bang at Comic-Con, with one of the most exciting panels of the whole weekend.

“Shazam! Fury of the Gods” was the first cast to appear during the panel, with Zachary Levi hitting the stage solo at the top of the hour.

As for newcomers, the film also stars Rachel Zegler as Antheia, Lucy Liu as the villainous DC character Kalypso, and Helen Mirren as Hespera — all three of whom are the “Daughters of Atlas.”

Per Levi, when the film starts, “we’ve all been flying around, doing various missions … we’re all still learning how to do that … and figuring out our own identity.” He also teased some “family tiffs,” saying that’s what grounds the movies a bit in reality.

He then showed the first trailer (above), which began with Billy in a therapy session, wondering if he deserved all his powers and referring to The Flash, Aquaman and Batman. “And I’m just me,” he says, as footage shows him fumbling with his powers. There was a ton of footage of the entire cast working together to take on Hespera and Kalypso, who are ticked that “children stole all the powers of the gods.” Alongside some “Fast & Furious” jokes, there’s also a damn dragon, unicorns and Zegler using some powers herself.

Zegler and Mirren appeared during the panel via video, as Helen joked that she couldn’t attend because she had been banned from Comic-Con. She also told Zachary, “I had a marvelous time kicking the s— out of you,” while praising her on-screen sisters, adding, “Yay, p—- power!”

During the fan Q&As, Levi said he could not confirm nor deny any future fights against Superman.

Up next, was “Black Adam” — with Dwayne “The Rock” Johnson showing up in his costume to greet Hall H. The film costars Aldis Hodge as Hawkman, Noah Centineo as Atom Smasher, Pierce Brosnan as Dr. Fate, Marwan Kenzari as Ishmael, Quintessa Swindell as Cyclone, Bodhi Sabongui as Amon and Sarah Shahi as Adrianna Tomaz.

After a quick outfit change, Johnson joined Hodge, Centineo and Swindell on stage and exclaimed his excitement for what is one of his passion projects. In a funny reveal, Hodge said he didn’t believe he landed the role of Hawkman until Johnson called himself — and even then, he first didn’t believe it was actually The Rock and then thought he was simply being told he didn’t t get the part.

A young fan also asked whether Kevin Hart was jealous when The Rock landed the superhero role. “The truth is, yes, Kevin Hart gets jealous at everything,” he responded, before joking, “But also, I’m pretty good with height and you’re already taller than Kevin Hart.”

He was also asked who would win in a fight between Black Adam and Superman — with Johnson saying, “”pound for pound, they’re pretty close. It all depends on who’s playing Superman. I’ll say that.”

A brand new trailer also debuted, starting with Black Adam ripping off a man’s arm after being revived in the present day. The trailer also confirmed the return of Viola Davis’ Amanda Waller, who tasks the Justice Society with getting the titular superhero under control. Judging by the footage, it’s not an easy task.

“Nearly 5,000 years after he was bestowed with the almighty powers of the ancient gods — and imprisoned just as quickly — Black Adam (Johnson) is freed from his earthly tomb, ready to unleash his unique form of justice on the modern world, ” teases the official synopsis from WB.

That was it for the panel — so those rumors that Henry Cavill might show up and announce a new Superman project appear to be unfounded. Everyone across the panel kept sidestepping questions about the character’s possible return too. So … we’ll see?