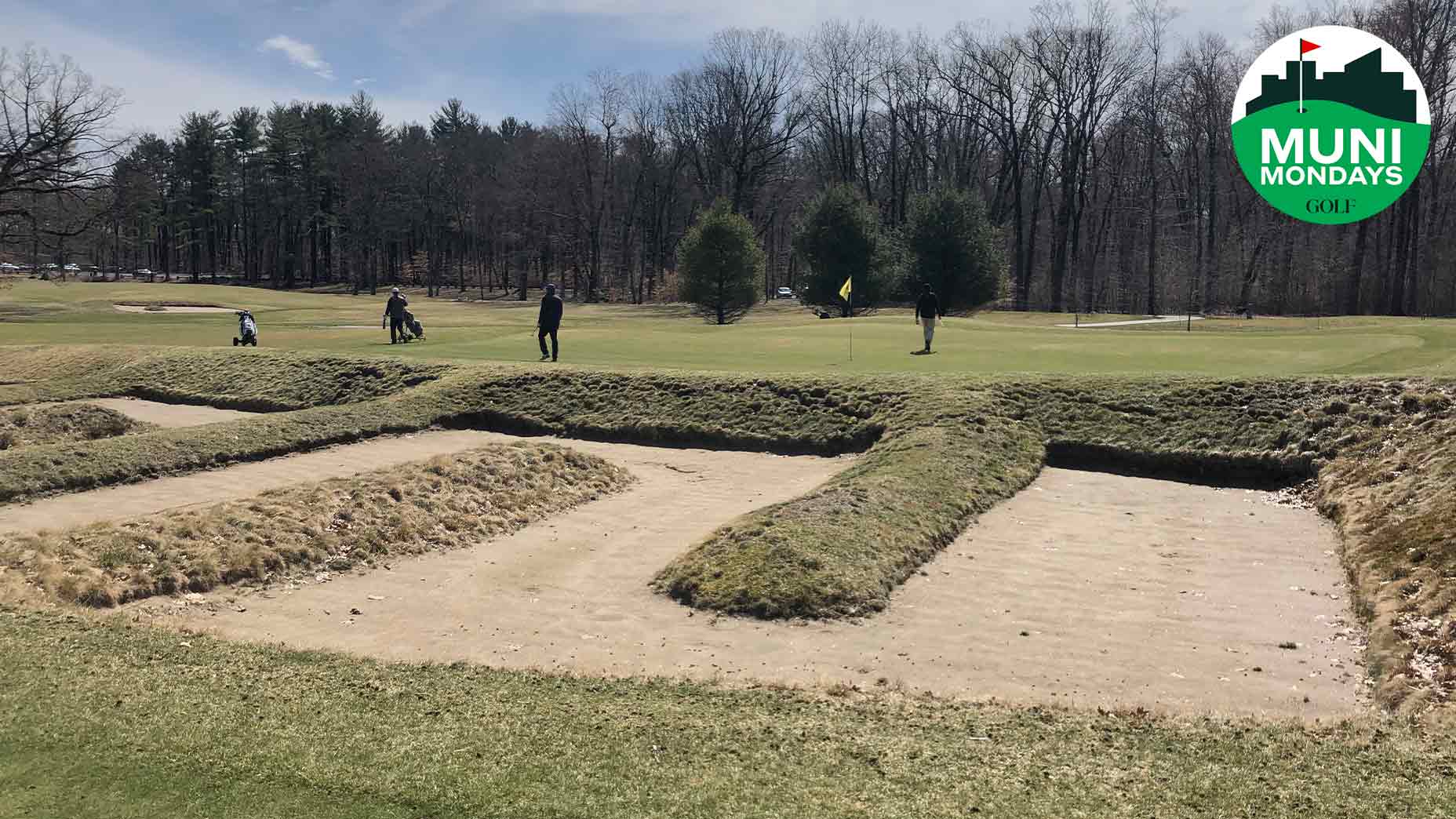 HARTFORD, Conn. – It should be noted first that Keney Park drains terribly.

On the day after a rainstorm, the course is largely underwater. The grass is soft and drooping at high points; entirely submerged at low ones. If you’re not careful, you’ll step in a puddle in the first fairway and find yourself in soggy socks for the rest of a glorious spring morning. Your feet will squelch and your ball will plop and the grooves of your clubs will pack tight with mud.

And now that I’ve done the locals the favorite of scaring off the hordes soon to descend upon Keney Park for at least a few days a month, it should now be noted that Keney Park is one of the finest municipal courses I’ve had the good fortune of playing.

Keney Park is laughably good: well-maintained, remarkably affordable (less than $ 50 even for out-of-staters), and ridiculously fun. For a course so close to New York City, snagging a tee time mere minutes before teeing off feels like stealing. But then you walk the course and realize a cheap tee time at Keney Park isn’t stealing… it’s grand larceny.

The course’s design elements draw inspiration from St. Andrews, Garden City, and a half-dozen other Golden Age tracks. Template holes and concepts are everywhere – a Biarritz, a redan, a principal’s nose and a punchbowl are just a few of the design elements stolen by Keney Park. Of particular note: the 8th hole, where church pew bunkers appear as if plucked directly from the fairways at Oakmont.

The front nine, which was originally designed by Devereux Emmet of Garden City and Congressional fame, is a delightful apportionment of the land. Each hole blends challenge, enjoyment and intrigue in a way that requires a wide variety of shot types but not necessarily blinding precision. Even after the March monsoons drowned the rest of the course, the greens were in tremendous shape: firm, bouncy, and slick.

Sometimes, the imitation goes a step too far. The gap between the Emmet-designed front and the back is cavernous. The second nine – named the “Ross Nine” for Robert “Jack” Ross, a local engineer who took on the second half of the Keney Park project (before Matthew Dusenberry’s 2010s renovation) – is wonky. Some design concepts feel forced, smushed unnecessarily into places where they do not belong. The result is visually stimulating but strategically blasé, like a skyscraper placed alone in the desert.

But that criticism could also be considered a strength. There isn’t a single forgettable hole among the bunch, even on some of the odder back-nine routings. For a municipal course costing you slightly more than a range trip, it feels greedy to dock points for strategic significance.

I played in late March with my friend Drew – a tune-up round at the beginning of both of our seasons. Drew is a recent Hartford transplant, an ESPN employee displaced from his hometown of Plymouth, Minn. He was charged the local fee of $ 34, a pittance neither of us could quite believe upon the completion of our round.

“I think this is going to be my new home course,” he said matter-of-factly.

“I freaking wish it could be mine, ”I replied.

In all, Keney Park feels aspirational, but it shouldn’t be. Interesting, well-maintained, easily accessible municipal golf is a public right in the same way as green spaces and transportation. In a thriving community like Hartford, Keney Park is a blueprint for building the game from the ground up. The course offers camps, lessons, hosts weekly leagues and offers both season-long memberships and daily tee times. Its constituents pull from a diverse group of ages, backgrounds and ethnicities.

For those of us fortunate enough to stumble upon Keney Park, it’s a reminder of all the things that make golf great – and of all the ways in which it still has to grow. For $ 45 on the weekends, it’s one of the great finds in all of the northeast.

Even if it drains terribly.