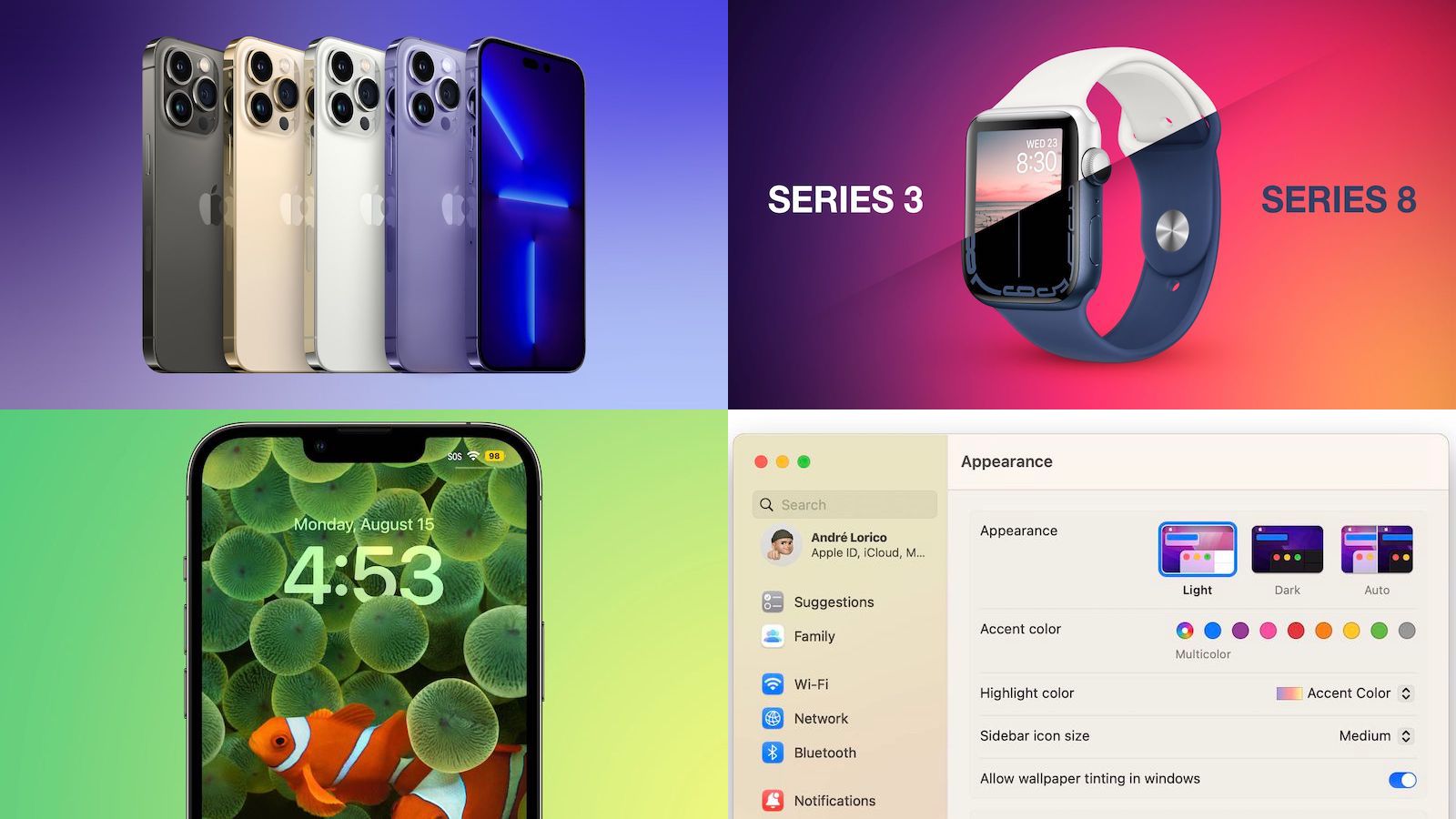 It’s not quite official, but it looks like we finally have a date for the big iPhone 14 event, so mark your calendars and read up on some of what we might see at the event.

This week also saw the release of a sixth beta of iOS 16 with continued tweaks as Apple starts to lock things in advance of the iPhone event and a public release of iOS 16 next month. iPadOS 16 and macOS Ventura likely aren’t coming until October, and that’s probably a good thing as they still seem a bit rough around the edges, so read on for all the details on the biggest stories of the week!

We’re just a matter of weeks away from Apple’s annual iPhone event, which is planned for Wednesday, September 7 this year, according to a report from Bloomberg‘s Mark Gurman.

iPhone events are often held on Tuesdays, but Monday, September 5 is the Labor Day holiday in the United States, so Apple likely pushed the event to Wednesday to provide a one-day buffer. iPhone events have occurred on Wednesday four times in the past.

Apple is expected to unveil the iPhone 14, Apple Watch Series 8, and more with a pre-recorded event video.

While the iPhone 14 and Apple Watch Series 8 will likely be the headline product unveilings at Apple’s September event, there could be other announcements, including an iOS 16 release date and more.

For the latest rumors, check out our list of everything expected at Apple’s September event. As it often does, it’s also likely that Apple will hold another event in October this year focused on iPad and Mac announcements.

Apple’s second-generation AirPods Pro are finally nearing launch, with a release expected later this year. If you are considering upgrading to the new AirPods Pro once they are released, check out our list of five new features and improvements to expect.

In addition to having some all-new features, the new AirPods Pro will likely adopt some features first added to the third-generation AirPods last year.

Apple this week released the sixth beta of iOS 16. The latest beta mainly includes bug fixes and other under-the-hood improvements, but it does make a notable change to the new battery percentage icon while Low Power Mode is activated on an iPhone.

Apple also released iOS 15.6.1, iPadOS 15.6.1, and macOS 12.5.1 with important security fixes for WebKit and kernel vulnerabilities. Apple said it is aware of a report that the vulnerabilities may have been actively exploited, so updating is recommended.

As noted by developer Niki Tonsky on Twitter, the System Settings app has inconsistent use and erratic behavior of basic UI elements like dropdown menus and buttons, misaligned text and poorly sized windows, menu titles that are cut off by menu windows, misplaced content, and more.

macOS Ventura is still in beta, so the System Settings app may see improvements by the time the update is released later this year.

Each week, we publish an email newsletter like this highlighting the top Apple stories, making it a great way to get a bite-sized recap of the week hitting all of the major topics we’ve covered and tying together related stories for a big- picture view.

So if you want to have top stories like the above recap delivered to your email inbox each week, subscribe to our newsletter!