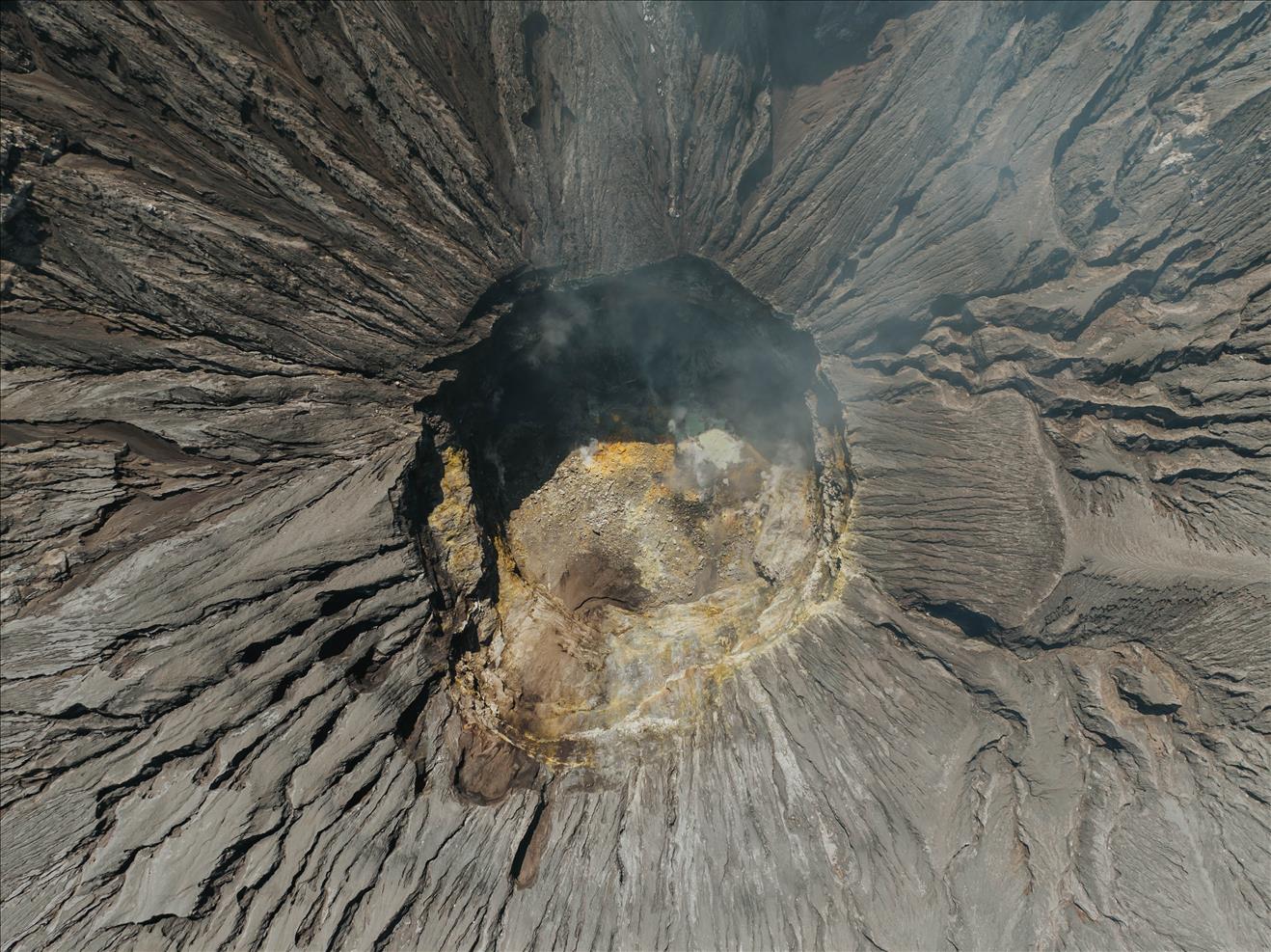 Volcanic eruptions cannot be predicted with 100 percent certainty. However, details about an upcoming eruption can be estimated using the hot and smelly gases a volcano produces.

These gases provide clues about the timing, duration or severity of upcoming eruptions which can help local authorities decide if and when the surrounding communities need to be evacuated.

On average, there are up to 50 volcanoes actively erupting on the planet at any given time. Many of these volcanoes are more likely to be spewing hot gases — like steam and carbon dioxide — than lava. Collecting these gases is key to understanding the mysterious ways of volcanoes, but it can be dangerous.

Now, drones are making it safer and easier than ever before.

For the better part of the last decade, I have been visiting such gassy volcanoes regularly to catch them just before, during or after an eruption.

I have worked with other scientists and engineers to measure volcanic gases with a variety of devices attached to drones.

Our latest research uses drones to capture volcanic carbon dioxide at Poás volcano in Costa Rica. We measured the isotopes of carbon in this carbon dioxide and discovered a pattern in the way these chemical fingerprints change during different stages of activity.

Carbon dioxide is everywhere: in the air we exhale, in vehicle exhaust — and dissolved in magma. At volcanoes, it escapes from magma to the surface through cracks and hydrothermal systems (like the geysers in Yellowstone National Park), by seeping through the soil or by puffing out in a plume of gas.

By obtaining a sample of this volcanic carbon, we can measure the stable carbon isotopic ratio, a unique chemical makeup which reflects the source and pathway the CO2 took to the surface.

Underground pressure forces gas and smoke out of the ground in the geysers in Yellowstone National Park. (Donna Elliot/Unsplash)

Each volcano around the world produces a unique range of these carbon isotopes which change when the volcanic system changes.

However, it took a long time to collect each sample when researchers needed to hike down into a crater, putting them at risk every second they remained in the danger zone. With the evolution of unoccupied aerial systems (UAS, also known as drones), researchers have started sending these machines into the danger areas.

To do this, we used switches and electronic parts to connect gas sensors to the onboard communications systems of the UAS. The volcanic CO2 would be sucked in through a series of tubing with the help of a pump and sensors that would send a signal back to the pilot when we entered the gas plume. With the flick of a switch on the remote control, the pilot could choose — from a safe distance — when and where to collect the gas sample.

We arrived in Costa Rica in April 2019 with our shiny new drone set-up, which we launched at the rim of Poás volcano and which crashed almost immediately. Thankfully, our team whipped up a quick solution for our second drone — a pump and switch hanging from the drone in a laundry bag. It worked flawlessly.

To avoid further losses, we got up close to the crater and flew our assembly directly above it. Later that day, we looked at the stable isotopes of carbon in our drone samples and in the samples we took from the ground. After we accounted for the mixing with the regular air in the drone samples, the two results were strikingly similar. Our drone assembly worked!

When we started compiling our data with all the carbon isotopes measured at Poás volcano in the past, we noticed a trend in how the balance of isotopes shifted when the volcano was behaving differently.

During eruptive phases, when Poás was making wet explosions releasing extra hot, sulfur-rich gas, the isotopes of carbon slipped down to lighter values. Meanwhile, during quieter phases when the volcano was sealed, the isotopic balance rose to heavier values.

With this new insight, we could look back even further and stitch together our data with isotope data from older activity. We saw that this pattern was repeating itself, with the carbon isotopes alternating between heavy and light values ​​over the last 20 years of activity at Poás. There were relatively heavy values ​​when the volcano was sealed and there were relatively light values ​​when the volcano was open.

We now have a blueprint of what warning signals to look for in future isotopes of carbon sampled at this volcano when it’s gearing up to erupt.

Thanks to drones, we captured the first CO2 from Poás volcano since 2014. Volcanic gases sampled before our work were all taken by hand by brave volcano scientists climbing down into the crater of Poás. These expeditions were few and far between.

We hope that with the onset of gas-capturing drones, carbon dioxide at volcanoes can start to be sampled more frequently. This will fill the gaps in the timeline and help us understand and forecast eruptions.


Legal Disclaimer: MENAFN provides the information “as is” without warranty of any kind. We do not accept any responsibility or liability for the accuracy, content, images, videos, licenses, completeness, legality, or reliability of the information contained in this article. If you have any complaints or copyright issues related to this article, kindly contact the provider above.