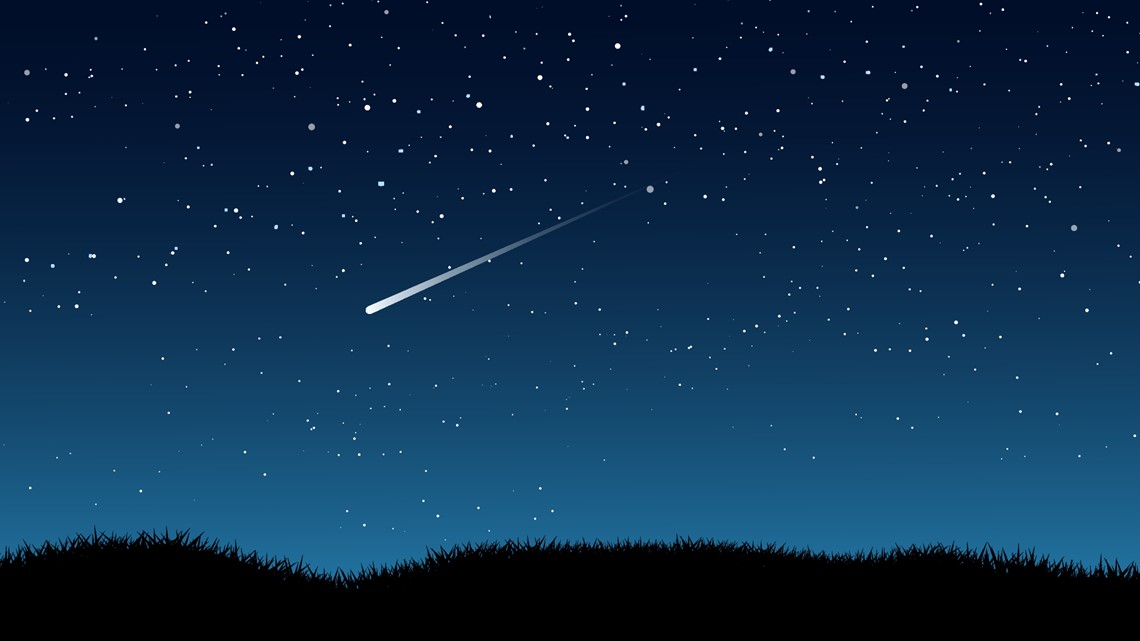 Sadly, it wasn’t aliens. We can say with relative certainty that this was a bank of Starlink satellites launched by Elon Musk’s SpaceX company.

PORTLAND, Ore. — Perhaps you were outside, enjoying the darkened sky Friday night. Maybe you didn’t mean to be looking up at all, and you were just hanging out with some friends or family. But then something caught someone’s eye — an odd string of light moving steadily across the sky.

It looked long and thin, definitely not a comet or other natural celestial phenomenon. In fact, it looked more like a train made of fluorescent light fixtures than anything else. Was it aliens?

“We just saw something weird in the sky,” one viewer sent in a message to KGW on Friday night just before 10 pm.

Sadly, that was not a true UAP (unidentified aerial phenomena, as they’re called now). We can say with relative certainty that this was a bank of Starlink satellites launched by Elon Musk’s SpaceX company.

RELATED: Russian cosmonaut rushes back inside space station after issue on spacewalk

There’s even a website that tracks where Starlink satellites are going to be visible at any given time. They showed up in the Portland area at 9:44 pm Friday night, and they’ll return around the same time on Saturday, if you look to the northwest. They will be visible Sunday and Monday as well, albeit coming from slightly different directions and appearing a few minutes earlier each night.

“For a few moments, I wondered if they might be Starlink,” one viewer said after getting an answer from KGW, “but thought they were typically deployed farther apart.”

This was a great observation, and may explain why a particularly high number of people were mystified by the sight on Friday. Usually when Starlink satellites show up, if they’re visible at all, they’re a little more spaced out — looking like a gaggle of celestial ducklings trailing their duck parent. But right now, they’re in a perfect, unbroken line.

The reason for this, according to the experts, is that the satellites become more distinct and idiosyncratic as time goes on. This batch, on the other hand, is brand new — reportedly launched Friday, and dropped into low-Earth orbit. As a result, from our distant perspective on the ground, they almost look like a single object. According to SpaceX, the latest launch carried 53 new satellites.

“We were at the right place at the right time to be able to see what’s called ‘the train,'” said Jim Todd, director of space science education at OMSI. “For many people, this is the first time they experienced it. They see it because it is fairly new.”

The Starlink satellites will eventually grow dimmer as they move into higher orbits and provide high-speed internet to remote areas on the planet. Right now, the satellites are hundreds of miles above us — much closer than traditional satellites, which are much larger but orbit further out into space.

With the moon relatively obscured from us right now, there are good conditions for seeing the Starlink satellites as they orbit over. But, as KGW Chief Meteorologist Matt Zaffino said, it isn’t a sure thing.

“All of these are forecast to be very bright displays like we saw tonight,” Zaffino said Friday. “However, there is a caveat to that. These are satellites, and everything has to happen just right for those satellites. They’re reflecting sunlight, they don’t have power on them, they aren’t lit themselves like an airplane is … so they have to be oriented the right way.”

SpaceX plans to launch thousands of Starlink satellites, which means these unusual streaks of light may not be so unusual.

“This won’t be the only time you’ll see this train, there’s more to come,” said Todd.