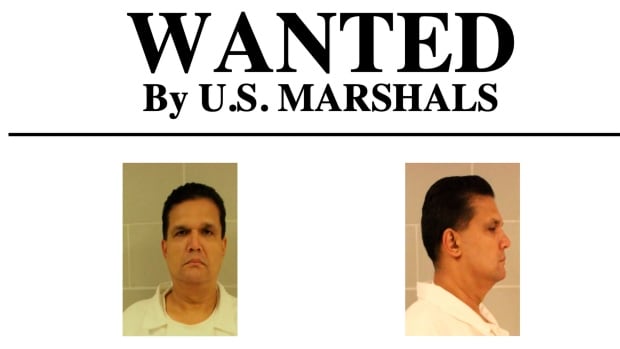 A Malaysian defense contractor nicknamed “Fat Leonard” who orchestrated one of the largest bribery scandals in US military history has been arrested in Venezuela after fleeing before his sentencing, authorities said Wednesday.

The international search for Leonard Glenn Francis, 57, ended with his arrest by Venezuelan authorities Tuesday morning at the Caracas airport as he was about to board an airplane for another country, the US Marshals Service said.

Here are some details about Francis’ remarkable case and escape just days before he was to be sentenced.

After financial inconsistencies began to be detected by some US navy officials in 2010, an investigation ensued. Francis was lured to a meeting at a San Diego hotel three years later and arrested, with five other employees of his company also charged.

Prosecutors said the company overcharged the navy by at least $35 million US. He pleaded guilty in 2015 to offering prostitution services, luxury hotels, cigars, gourmet meals and more than $500,000 US in bribes to navy officials and others.

Earning his nickname due to his stature — six-foot-three, believed to be well over 300 pounds -— Francis participated in Fat Leonard, a podcast from Project Brazen released last year.

Francis was often boastful in recounting his exploits to journalist Tom Wright in the podcast, but he said he felt “betrayed” about how his case transpired.

“I’ve been a loyal person, contractor, defense contractor, and I’ve done a lot for the last 30 years,” he said. “Supporting hundreds if not thousands of ships, hundreds of thousands of sailors and marines in all kinds of places. I’ve never brought any harm to the United States. This was just a financial matter.”

The case has been a massive black eye for the US military, highlighting corruption within the ranks and raising security concerns given the information to which Francis was privy.

Navy officers provided classified information to Francis that helped him beat competitors and, in some instances, commanders steered ships to ports in the Pacific where his company could charge fake tariffs and fees, prosecutors said.

A federal US attorney characterized it in 2017 as “a fleecing and betrayal of the United States navy in epic proportions.”

The details of Francis’ entreaties and schmoozing with the navy did not make for dull reading.

And then there was a 2007 port call in the Philippines that included allegations of wild escapades involving naval officers and several prostitutes at a Manila hotel. Francis also possessed a decommissioned British ship that was often used as a party boat to entertain top US navy officials, courts have heard.

The fact he escaped and the circumstances surrounding it compounded matters, although this time for US Marshals Service and federal authorities.

With Francis’ help, prosecutors had secured convictions of 33 of 34 defendants, including more than two dozen navy officers. Francis faced up to 25 years in prison and was due to be sentenced on Sept. 22.

While in custody, he was hospitalized and treated for renal cancer and other medical issues, undergoing unspecified procedures, according to court transcripts.

He was placed in what is called medical furlough. Four years ago, US District Court Judge Janis Sammartino feared Francis might run off, and she repeatedly maintained that he could only remain under house arrest if private security guards were on site 24 hours a day, according to a transcript of a closed-door hearing in February 2018 that was unsealed in January of this year.

She raised similar concerns in another hearing on Dec. 17, 2020, after receiving a report that the home was left without anyone guarding it for nearly three hours. The guard said he had been on a long lunch break, per a court transcript.

The judge also was surprised to learn at one closed-door hearing that Francis’s three children and his mother were living in the main residence on the property where he was staying.

How did he escape?

The San Diego Police Department received a call on Sept. 4. After finding the home empty, police contacted US Pre-Trial Services, the federal agency in charge of his confinement, which then called the US Marshals Service.

A US Marshals spokesperson said that agency’s officers found no security personnel at the home when they arrived at the home, which was estimated to be about seven hours after Francis removed his ankle monitor with heavy scissors. The device was found in the home.

“That’s the risk that is taken when defendants are on GPS monitoring, you know,” said Omar Castillo, supervisory deputy US marshal told The Associated Press. “They don’t all cut off their GPS bracelets, but this can happen.”

Neighbors reported seeing U-Haul trucks coming and going from the home one or two days before the escape.

There were fears Francis, with his wealth and connections, could end up in Asia.

But his home is about a 40-minute drive from the Mexican border, where vehicles stream into Tijuana and are only stopped randomly.

While the US and Venezuela are not allies, Francis was detained at the country’s main international airport on Wednesday under a red notification requested by the United States for crimes of corruption and bribery, the Interpol chief in Venezuela said in a statement posted on Instagram.

He arrived in Venezuela from Mexico, with a stopover in Cuba, and was planning to continue to Russia, the Interpol statement said. Authorities will now initiate his extradition procedure, it added.