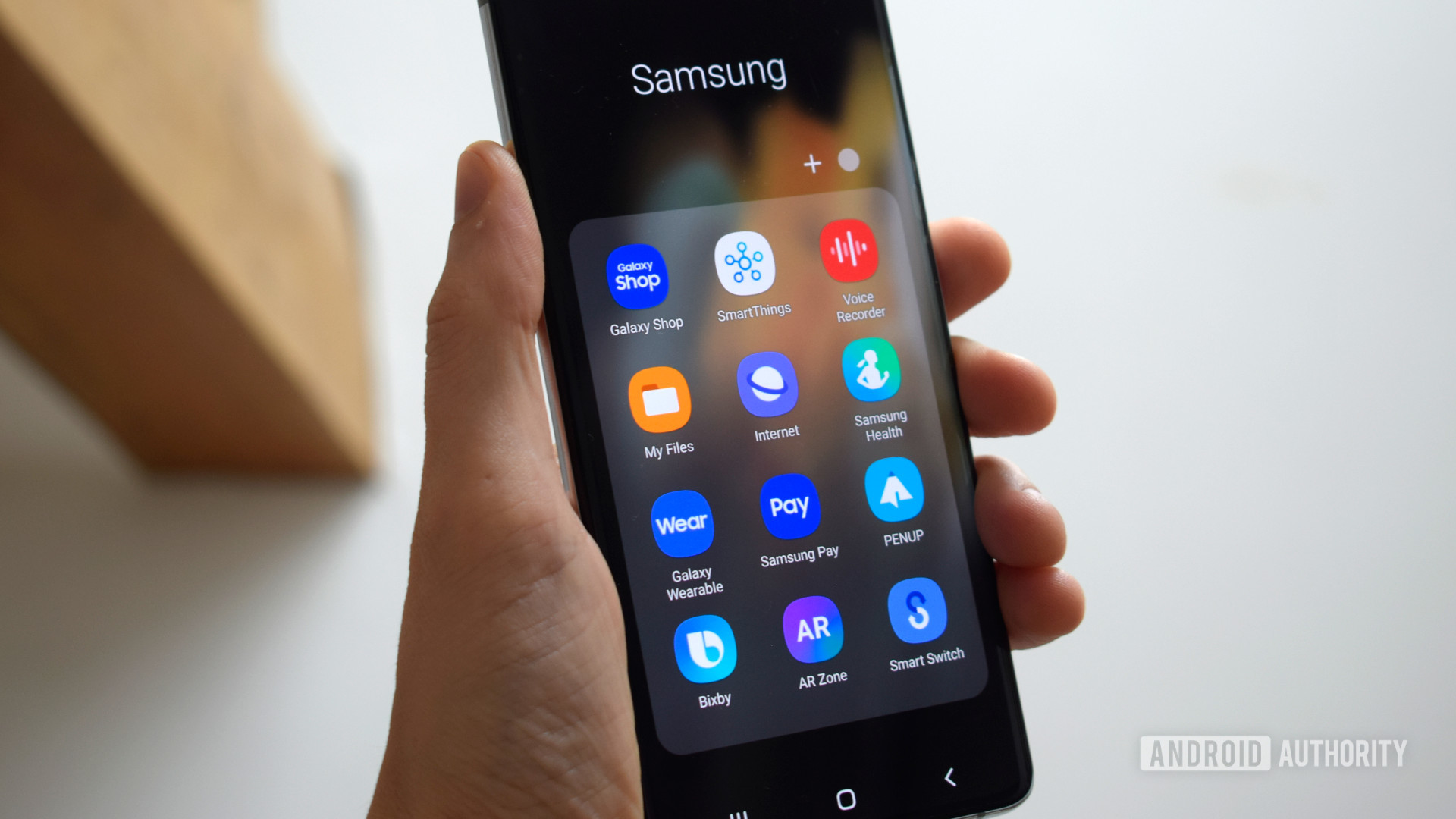 In the almost 14 years since the launch of Android, many smartphone brands have come and gone. The unforgiving tides of market share continually rise and fall, yet one name has surfed clean through the barrel of the wave with nary a wobble — that’s Samsung, of course. Setting personal preferences aside, you have to admire that Samsung has held on to the top spot for as long as it has, and appears unassailable as the market transitions into new form factors and broader ecosystem plays.

Granted, that lead looked under threat when Huawei was quickly ascending the ranks, until the US backhanded China’s finest into oblivion. Samsung isn’t the top dog in every corner of the world either, especially when it comes to value-oriented markets. But when it comes to being the “face of Android,” there’s no company more in the spotlight than South Korea’s biggest multinational, not even Google. And that’s not just because it commands the lion’s share of the smartphone marketplace.

Always balancing on the cutting edge

As far back as the beloved Galaxy S2, Samsung has been one of the few manufacturers with sufficient resources and clout to build products that rival Apple’s iPhone. The brand’s innovative edge has kept it, and Android, in the spotlight, with iconic phones like the Galaxy S3, S6 Edge, and much of the Note series showcasing the best hardware that Android has to offer. Whether it’s curvy displays, kickstarting the trend in gargantuan handsets, or the addition of a little stylus, Samsung has kept Western media peering over from Apple’s backyard.

Other brands have had their moments over the years, of course. OnePlus’ Never Settle mantra, Google’s first and latest Pixels, and the litany of failed ventures like Project Ara and the Red Hydrogen One, have temporarily held our gaze, and some even left their mark on Android prominently and permanently. Even so, none have defined the modern mobile era like the big two. It’s Apple versus Samsung, not Apple versus Google, or anybody else that has so often drawn the battle lines in the smartphone tech arms race.

Apple vs Samsung is the age-old argument, but Cupertino is a nobody in the foldables race.

Looking at today’s product line-up, Samsung’s Galaxy S22 series continues to offer arguably the best blend of hardware, software, and value on the market. Meanwhile, the Galaxy Z Fold 4 and Galaxy Z Flip 4 stand out as the two only foldable smartphones truly ready for a prime-time audience. Oppo and Xiaomi are experimenting too, but their products lack the refinement that Samsung has accumulated over four generations of commercial products. Not to mention that you can’t buy them outside of China. Meanwhile, Huawei’s competitive option is dogged by the continual lack of Google’s services, and Apple is a nobody in the foldable space.

While year-on-year improvements aren’t as exciting as years gone by, Samsung is the innovation pin-up and is shaping up to continue as a market leader should the industry fully embrace new form factors in the coming years.

This sounds controversial, but it really shouldn’t be when you think about it; Samsung has been even more influential in Android’s development direction than Google has been in recent years. Yes, Google may hold Android’s reigns, but Samsung is the one giving the directions.

Foldables and the necessary development of Android 12L is the most recent example. Experimenting with next-gen form factors has seen close collaboration between the two tech giants, with Samsung setting the pace and Google trying its best to accommodate folding features into Android. But the resulting relationship has been a slow burn, taking four years between the first Galaxy Fold to the introduction of a seemingly obvious taskbar feature in the new Z Fold 4.

The brand also single handedly dragged Google’s Android wearables project into the modern age. Wear OS languished underbaked for years under Google’s stewardship, so much so that Samsung abandoned the platform for its in-house Tizen operating system. Wear OS 3, built once again in partnership with Samsung, has leased new life into Google’s wearable platform and finally made the latest products a bit more competitive with the Apple Watch ecosystem. Thanks, Samsung.

Android’s foldable and wearable ambitions would be a shell of their current form without Samsung.

Samsung has helped make Android better, but perhaps a more controversial take would be to wonder where Samsung products would be if it wasn’t beholden to Google’s app ecosystem. It doesn’t take too much imagination to envision Samsung innovating at the same pace with software as it does with hardware. But Google’s Play Store and Play Services are where consumers and developers congregate, keeping Samsung tied into Mountain View’s slowly evolving version of Android rather than taking off on its own.

Oh, and how could we forget Samsung’s industry-leading update pledge for its flagship and mid-tier products? Four OS and five years of security, whether you’re spending $2,000 on the Z Fold 4 or $450 on the Galaxy A53 5G, is far beyond what you’ll receive from other OEMs. Pressure is mounting on everyone to close the gap, otherwise they’re lambasted as comparatively poor value for money. Even Google’s three OS and five years of security for its smaller Pixel portfolio isn’t quite as good as Samsung’s.

Samsung: The face of Android

All that said, Samsung certainly hasn’t played a perfect hand over the past decade. There have been a few debacles and even a disastrous launch or two, particularly the Galaxy Note 7 affair that certainly didn’t help its own or Android’s image. Other brands have had major impacts on more specific locals too, such as Xiaomi’s explosive growth in South Asia and Oppo’s rise to fame in China. Samsung certainly isn’t the only influential player, but when it comes to the worldwide and broader ecosystem pictures, Samsung is the most recognizable face of Android.

Up next: I love my Pixels, but I always recommend Samsung phones to people I know

As gushing as this sounds, this is more of a call for other brands to do more. Android has become the best mobile operating system not because Google, Samsung, or any other manufacturer has total control; that’s Apple’s playbook. Its real strength is that everyone contributes, innovates, and even pinches good ideas from one another and improves them further. We’d love for nothing more than to see a challenger rise to duke it out with Samsung, particularly on innovative fronts in the wearables and fledgling foldable markets where there’s still plenty of room for products to innovate.

Samsung might not be everyone’s favorite brand, but on the whole, it’s been the company that’s kept Android in the spotlight over the past decade.