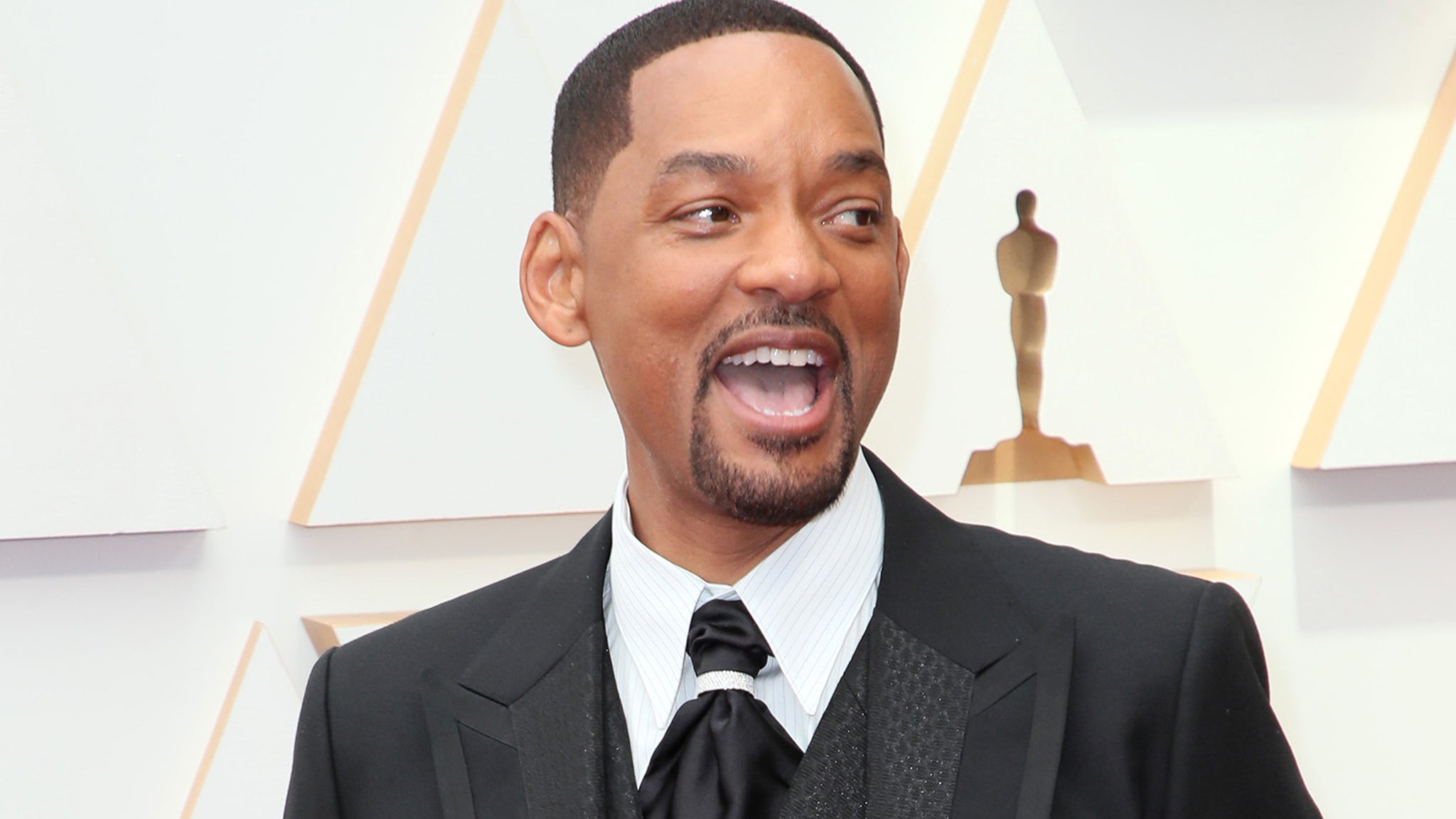 The actor first tested his return to social media with a tentative gorilla video on Friday, five months after the infamous Oscars slap of Chris Rock heard ’round the world.

Will Smith is slowly making his way back into the spotlight five months after the infamous Oscars slap of Chris Rock that immediately threatened to derail his career.

It has sidestepped it somewhat, with the “King Richard” Oscar winner banned from any Academy events (including the Oscars) for the next decade; he also resigned from the Academy. One place he hasn’t been banned, though, is social media, and now he’s made his official return.

Will was clearly testing the waters on Friday with an Instagram video of a baby gorilla poking a larger one nervously to see how it might react. He captioned that image, “Me trying to get back on social media.”

On late Saturday night, he made his return official with an epic adventure with another animal — and he was way more scared of it than that baby gorilla was of the adult one.

In the clip, Will and his son Trey encounter a legitimately massive spider (so there’s your fair warning not to watch if you can’t handle that) in the house.

Because he’s the father and the man of the house, Will promptly gets up on a chair and tells Trey, “You gotta get that outta here.” As his son stares him down, Will argues, “You’re young and strong, you can handle the bite.”

Ultimately, though, it was a team effort between father and son as they put a glass bowl over the spider and slid first paper and then cardboard under it to secure it in there. The spider was legitimately massive, so the trepidation was understandable.

As they looked at the spider trapped under glass, Will declared, “We’re selling the house.”

He doubled down on this assertion, joking in the caption of his share, “Posting this from a Holiday Inn.”

While Smith may have been nervous about making his return to social media, both of his latest posts have been well received. He made no mention of the slap in either of them, and it looks like most of his fans and followers were happy to start moving on, as well.

Jamie Foxx was among those who commented on his spider battle, simply responding with three laughing/crying emojis. His “Aladdin” costar Naomi Scott, was dying at his final comment, writing, “‘We’re selling the house’ 😂😂”

When they didn’t agree with him about having to get rid of the house after that encounter, Will’s followers where sharing their support. One commented, “Glad to have you back 💯.” Another wrote, “We missed you man ❤️ welcome back.”

“Finally!!! The Prince is back 🔥🔥❤️” commented another fan.

Will has been largely absent from the public eye, save a few apologies, after the infamous incident where he strode up on stage and slapped Chris Rock across the face after the latter made a “GI Jane” joke about Jada Pinkett-Smith.

Rock has subsequently insisted he was unaware that Jada suffers from alopecia, which is why she had shaved her hair short. Smith would go on to win the Best Actor Oscar for his work in “King Richard,” his first, but the slap would overshadow the entire ceremony.

On March 28, Smith took to Instagram to address the incident, writing, “Violence in all of its forms is poisonous and destructive. Jokes at my expense are a part of the job, but a joke about Jada’s medical condition was too much for me to bear and I reacted emotionally.”

He went on to note, “I would like to publicly apologize to you, Chris. I was out of line and I was wrong. I am embarrassed and my actions were not indicative of the man I want to be.”

His social media page was then silent for months until three weeks ago when he posted a lengthy video, again focused on the viral moment. Again, he apologized for his behavior, asserting that there is no part of him that finds it acceptable.

He shared that Chris had told him he’s not ready to talk about it and that he’d reached out when he was, so Will again publicly apologized, reiterating, “My behavior was unacceptable.” He also apologized for how it hurt Chris’ family, including his mother.

Has enough time passed that his fans are ready to forgive and move on? Based on the positive reception of his latest posts, that certainly appears to be the case.