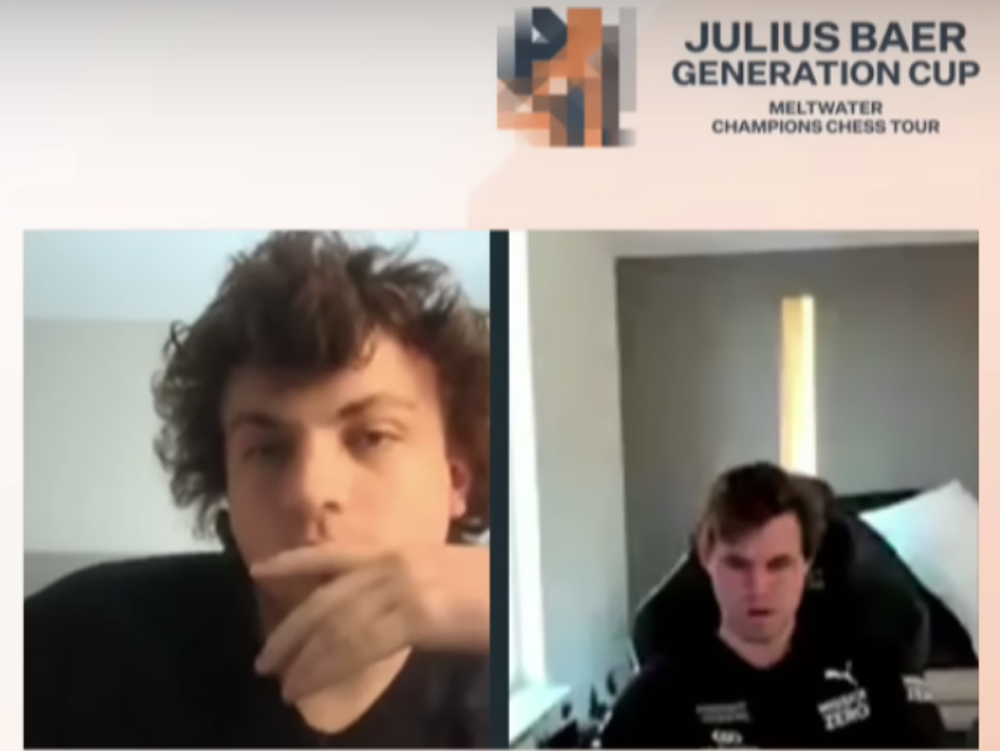 The two were playing an online tournament, the Julius Baer Generation Cup, when Carlsen’s webcam suddenly switched off while he was on the clock for his second move.

“What happened? That’s it?” exclaimed Peter Leko, a grandmaster who was providing analysis on the feed.

“We’re going to try to get an update on this,” said fellow analyst and international master Tania Sachdev. “Magnus Carlsen just resigned. Got up and left. Switched off his camera, and that’s all we know right now.”

Carlsen, 31, was leading the tournament in the early going at the time. Niemann ranked 16th. The Norwegian grandmaster’s rating is also much higher, which makes it all the more surprising that Niemann has beaten Carlsen twice in as many months.

The next day, Carlsen withdrew from the Sinquefield Cup, saying in a tweet that he always enjoyed competing there and hoped to be back in the future.

However, the tweet included a cryptic video of famed soccer manager Jose Murhino: “I really prefer not to speak. If I speak, I am in big trouble.”

The tweet gave the impression that Carlsen was hinting at some nefarious behavior on the part of Niemann, who has enjoyed a meteoric rise in the sport. Since then, Carlsen’s silence on the matter has only allowed the rumors to fester.

Chess.com subsequently banned Niemann from the Global Chess Championship in November, which has a grand prize of about US$1 million.

Speculation that Niemann was cheating increased after Hikaru Nakamura, a 34-year-old US grandmaster, who has a massive following for his Twitch streams, offered his take shortly after Carlsen’s withdrawal.

Nakamura added on his Twitch stream: “I think that Magnus believes that Hans probably is cheating. . . He’s withdrawing to make the point without publicly making the point.”

Analysts who have looked into whether Niemann’s games have been computer-assisted have failed to find anything conclusive.

Support for Niemmann, which stood around “90 percent against him has changed to around 60-40 in his favor,” according to Leonard Barden, chess master, in the Guardian.

Jacob Aagaard, an author and grandmaster, spoke to the publication in Niemann’s defense, saying simply: “The scandal has become a witch-hunt.”

As previously reported, Niemann admitted to cheating twice before, both times during online matches as a child.