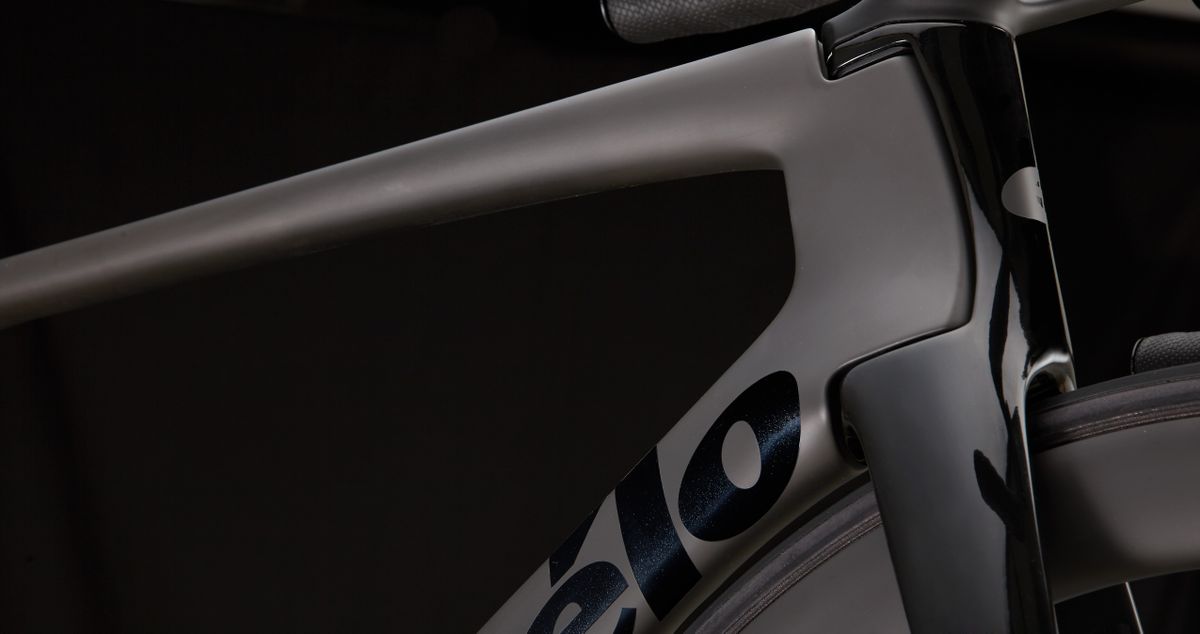 While the new Madone and poorly disguised Bolide took all the pre-tour attention, Cervelo snuck out the new S5 into the wild under all our noses without anyone noticing. Hiding in plain sight, ridden to stage and overall victory, the new S5 is now finally released.

The current crop of best aero bikes take as much design inspiration from their TT cousins ​​as they do from what we’d think of as a ‘standard’ road bike. Perhaps more so than any other model, the Cervelo S5 is the most TT of the lot, with its drastic rear wheel slot in the seattube, split-stem that’s reminiscent of TT aero extension supports, and a hinged headtube arrangement too.

The latest S5, already with a yellow and green jersey to its name at the Tour de France, along with multiple stage wins thanks to Van Aert, Vingegaard, and Laporte, has very little left to prove, and features a slew of small updates rather than the grand overhaul that we’ve seen on some new models this year.

The main tweaks have been made in the name of ‘simplify, refine, enhance’, which are all basically synonyms. What it amounts to is a frameset which visually is extremely similar to its predecessor, but with adjustments to the tubing profiles, tire clearances, and improvements to the bits that were a little harder to live with at the front end.

The trademark visual for Cervelos has always been the stark rear wheel cutout in the seattube – which still very much remains a feature of the new S5. The tube profiles are all generally deeper, in line with the latest UCI allowances. The bottom bracket area is also taller, as we’ve seen in other new bikes like the new Scott Foil.

The trailing edges, too, have been reshaped to be more aggressive in search of more precious watts. The fork shape has also been redesigned, with an updated nose on the hinge (the leading edge of the whole bike).

The frame is now electronic and disc only, mirroring the likes of the new Trek Madone and many of the best aero bikes, which has allowed a tidying up of the rear dropouts. The frameset itself was designed in conjunction with the new Reserve wheelset, and while it is optimized around a 28mm tire it can handle up to a 34, which is on the large side even by modern standards (considering it’s above the UCI limit for cyclocross it’s hard to see why you’d need larger for a road bike).

Of the sea of ​​proprietary bar-stem combos that we see on modern aero bikes, the Cervelo S5 has perhaps the most quirky setup, with the bi-stem system. This had been criticized for being difficult to work on, and not hugely adjustable, so the new version has been simplified.

Now there are no stack-height-specific bolt lengths to contend with, and a standard bolt length is used between different length stems and between different stack heights making swaps a relatively more simple affair. The bars also attach more simply to the stem too, and have a five degree rotation to better dial in your fit. The whole system is now 53g lighter too by virtue of this simplification.

The bar shape has been subtly tweaked too with the aim of getting a perfectly flat transition between bar and hood, so as to allow that most aero of UCI legal positions with forearms on the bars behind the hoods.

At the rear, the previous 25mm offset seatpost has been replaced by a 15mm one, to keep pace with modern trends in bike fitting. If you’re after a more extreme position though, the old 25mm offset posts are forwards compatible.

The new Cervelo S5 is available in three colors; Black, purple/white, and red/black. As it’s electronic only it is offered with Dura-Ace, Ultegra, Red, and Force, or as a frameset if you wanted to run it with the new Shimano 105 for example.