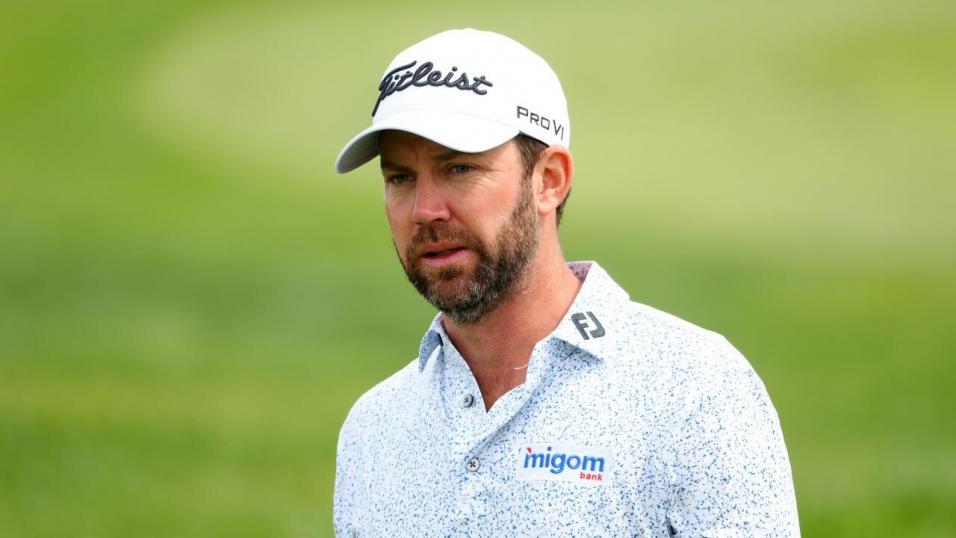 As suspected before the off, there was a draw bias in favor of those drawn PM-AM at the ISPS Handa Championship in Spain over the first two days with the latter starters on day one averaging exactly a stroke and half less than those that teed off first on Thursday but that didn’t stop Scotland’s Scott Jamieson.

From the wrong side of the draw, the 38-year-old backed up his opening 66 with a very impressive 63 in round two and he heads into the weekend with a two-shot lead. Here’s the 36-hole leaderboard with prices to back at 7:30.

This is the sixth time Jamieson has been leading at the halfway stage of a 72-hole DP World Tour event and his record is dire.

Since winning the Nelson Mandela Championship ten years ago – a now defunct tournament that was reduced by rain to just 36 holes – Jamieson has led or been tied for the lead five times and his finishing positions read a very poor 22-14-42-21-10.

Prior to that sole success in South Africa, he led another reduced event, the 2011 Scottish Open after two rounds, before finishing third. That edition was shortened to 54 holes, but Jamieson was still beaten by five. And prior to that, he finished 17th in the Wroclaw Open on the Challenge Tour after being tied for the lead at halfway in 2009.

I’m not remotely interested in backing Jamieson at around 3/1 and he looks worth taking on in the Top 5 Finish market at around 1.75/7.

If Jamieson is to fail again, the man most likely to benefit is the pre-event favorite, Rasmus Hojgaardwho came into the event on the back of a couple of decent efforts on the PGA Tour, where he finished sixth at the Corales Puntacana Resort and Club Championship and 18th in the Valero Texas Open.

The 21-year-old Dane will be eager to secure his fourth DP World Tour event given his twin, Nicolai, has won twice since his last tasted success, at the Omega European Masters in August.

Hojgaard is an industry-best 11/2 with the Sportsbook so the 8.07/1 plus available on the exchange is more than fair.

Over on the PGA Tour, the first-round leaders, Patrick Cantlay and Xander Schauffelehave maintained their lead at the Zurich Classic of New Orleans and they’ve shortened up further in the market as a result. Here’s the 36-hole leaderboard with prices to back at 7:35.

I’m not a huge fan of this format and I’m happy to leave this one alone for now.

It’s a strange looking leaderboard with a huge gap of three strokes separating the top-seven pairs and the rest of the field.

The format returns to fourballs today so the scoring will be considerably lower than it was yesterday and there’s potential for ground to be made up, but the leaders fired a 59 between them on Thursday and it’s odds-on that at least one of the top -seven teams will go super low again today.

We probably need to concentrate on the leading pack and it’s very hard to look past the leaders.

The market points to Sam Burns and Billy Horschel as the most likely to succeed if the front two fail and rightly so. Horschel won the event from seven back at this stage alongside Scott Piercy back in 2018 and Burns brings recent winning form to the table.

If forced to make a selection at this stage, I’d plump for that pairing at odds in excess of 6/1 but I’m more than happy to leave it alone and see what today brings.

Those drawn to start the ISPS Handa Championship in Spain yesterday afternoon have had to return to the course this morning to finish up their first rounds and we have a bit of a messy picture to evaluate this morning.

Far more rain than expected fell on Wednesday night / Thursday morning and the start of the tournament was delayed by a couple of hours.

The course was playing fast and firm in practice but it’s a lot softer after the deluge, although the thick rough is still a challenge and finding fairways is important.

Afternoon starters, Tapio Pulkkanen, Hennie Du Plessis and Matt Cooper’s each-way fancy, Jahannes Veermanshot the lowest opening rounds (six-under-par 66s) and it looks like the PM-AM wave will be advantaged once we reach the halfway stage.

Scotland’s David Law was the only morning starter to better four-under-par yesterday and the current leaderboard is dominated by those drawn late-early and out on the track at present. I’ll be back this evening with a look at the sate of play at the halfway stage.

Over at the Zurich Classic of New Orleanss, the pre-event favorites, Collin Morikawa and Viktor Hovlandraced to an early lead and after they’d played their first nine holes in six-under-par they were matched at a low of 4.216/5 but they lost their way after that.

A birdie at the second (their 11th) saw them get to -7 but they played the remaining seven holes in level-par and they trail the first round leaders, Patrick Cantlay and Xander Schauffeleby six!

Cantlay and Schauffele now dominate the market but they look a bit short at around 5/2.

We’ve had four previous renewals of the event in this format, we’re still to see the first round leaders go on to win, and two pairings have won after fairly slow starts.

Last year’s winners, Marc Leishman and Cam Smith, were trailing by just a stroke and that was also the case when Smith and Jonas Blixt won in extra time back in 2017 but the other winners trailed by four and five strokes after round one.

Things can change in today’s foursomes format with both players required to play nicely so I’m happy to sit on my hands for now and see what today brings. Looking back at the previous renewals in this format, it’s very easy to slip back after a fast start.

Brice Garnett and Scott Stallings went from tied first to 31st and six back last year and in 2018, the Chinese pairing of Xinjun Zhang and Zecheng Dou followed an opening 60 with a second round of 80 to miss the cut!

Obviously, Cantlay and Schauffele are on a different level to those two pairsings but their performances demonstrate how much harder this format is and how quickly things can change. 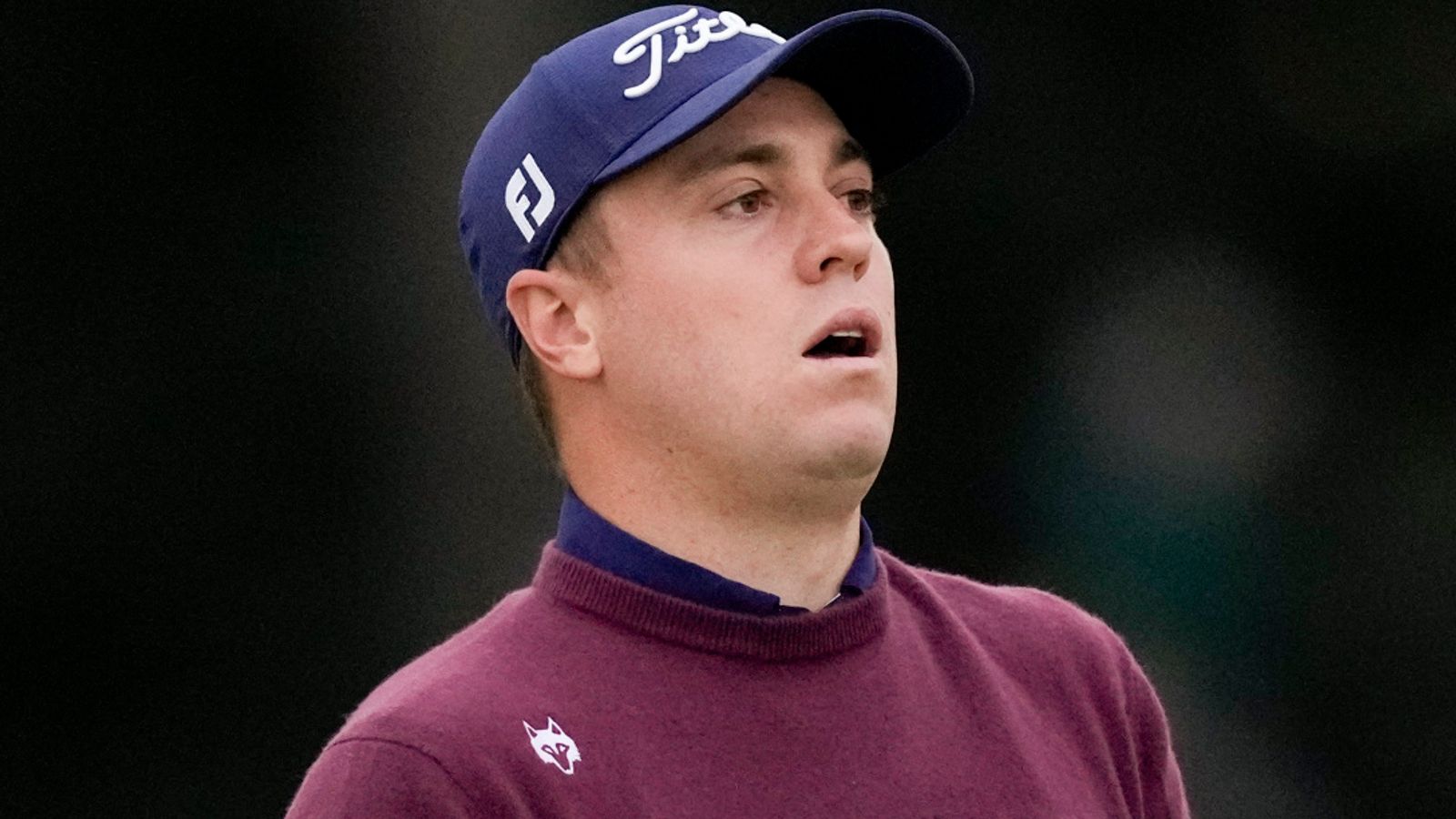